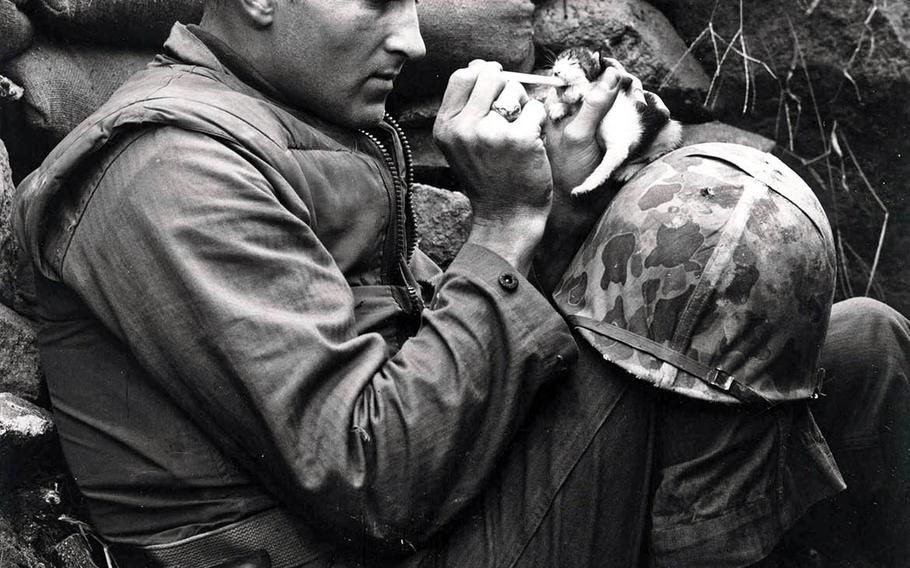 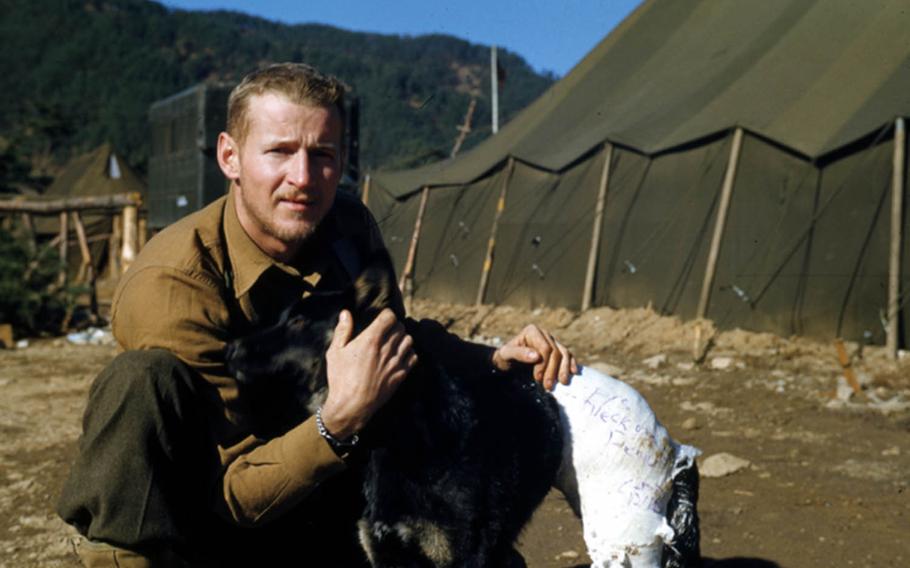 Frank Praytor poses with Mangy, a stray dog he found in 1953 while covering the Korean War as a Marine Corps combat correspondent. (Courtesy of Katherine Praytor) 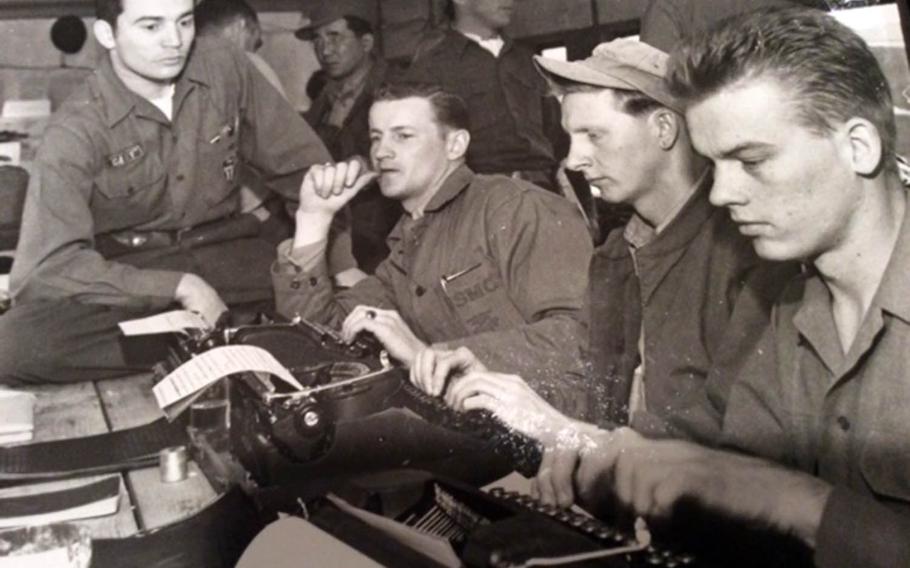 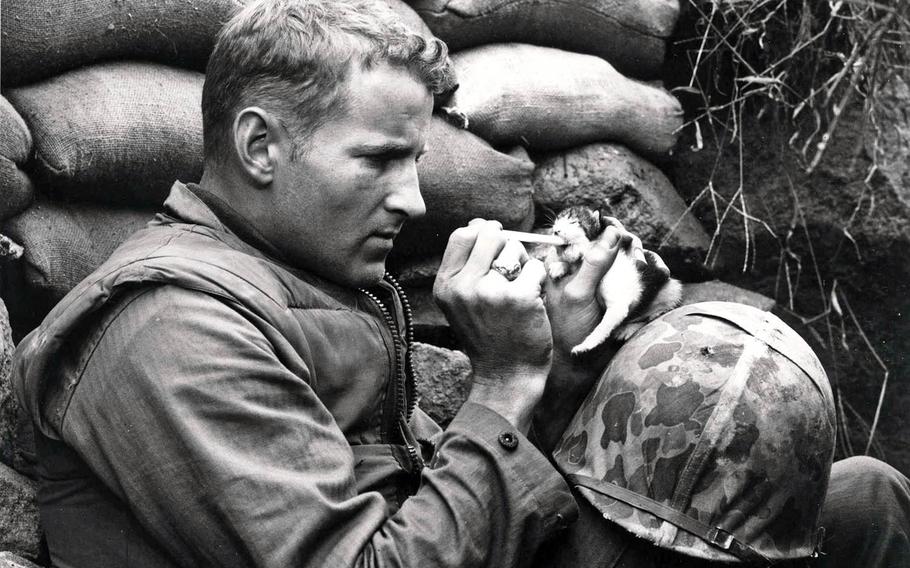 YOKOTA AIR BASE, Japan — Frank Praytor, a former Korean War combat correspondent featured in an iconic photograph of the Marine feeding an orphaned kitten on the front lines, died Jan. 10 in Albuquerque, N.M.

Praytor — whose reporting included firsthand accounts of prisoner-of-war exchanges and the truce-signing at Panmunjom — was 90 years old and had been in poor health for several years, said his friend and fellow Marine Chas Henry.

In 1950, he joined the Marine Corps and became a combat correspondent for the 1st Marine Division in Korea.

A 1952 photograph of Praytor with a kitten on a battlefield ran in newspapers worldwide. It shows the young Marine surrounded by sandbags, a pistol at his hip and helmet on his knees feeding the tiny kitten with a medicine dropper. The image was picked up by The Associated Press and published in more than 1,700 American newspapers, including The New York Times. In recent years, it has found new popularity on social media sites like Reddit.

Praytor weaned the kitten, whose mother was “shot by a Marine up on line because of her yeowling,” on meat from “C” ration cans, he wrote later in The Greybeards, the Korean War Veterans Association magazine.

A photograph that Praytor took of a Navy corpsman treating a wounded Marine on the battlefield won an award from Photography magazine that earned him a trip to New York for television and radio interviews.

“Frank was, first and foremost, a good human being,” Henry said. “That picture of him caring for a kitten lost on the battlefield wasn’t just cute; it captured his character. Beyond that, he was an elegant writer and master communication strategist. I was fortunate to be able to count him both a mentor and friend.”

Praytor’s widow, Katherine, said her husband also had a love for dogs. In 1953, he adopted a stray he named Mangy and brought it with him as he and Stars and Stripes colleague Bob McNeill toured the British Commonwealth Division’s front-line trenches.

“Suddenly a battery of 4.2 mortars blasted away on a fire mission,” she said. “The noise terrified Mangy. He took off and was never seen again.”

She said Praytor and McNeill spent a week looking for the dog, confounding their Tokyo editors who wondered whether they were dead or alive.

“Finally, it was concluded that Mangy was captured and eaten by Korean laborers,” she said.

Toshi Cooper, a former Stars and Stripes linguist and chairman emeritus of the Stars and Stripes Association, recalled meeting Praytor in Tokyo in 1952 and later at alumni reunions in the United States. He edited the association’s newsletter from 1998 to 2002.

“He was a very good man and a sweet friend,” she said. “I’ll miss him very much.”

After two years at Stripes’ Tokyo bureau, Praytor left the Marines in 1954 and worked in public affairs and advertising in Texas, Oklahoma and Colorado, eventually starting his own agency. In 1992, he moved to Albuquerque and worked as a freelance writer, public relations consultant and realtor.

He is survived by Katherine Praytor, his wife of more than 46 years; granddaughter Nicole; grandson Jacob; great-grandsons Landon, Brantley and Brendyn; and great-granddaughter Preslie.

The family plans to inter his ashes May 18 at Santa Fe National Cemetery.