At the time, he never would have guessed that he had Vietnamese family living nearby.

Clark, 50, a civilian employee of Military Sealift Command living in Norfolk, Va., got a surprise after sending a DNA sample to Ancestry.com in December. In addition to finding out he is 44% French and has Scottish, English, Irish and Jewish blood, he discovered a Vietnamese cousin. 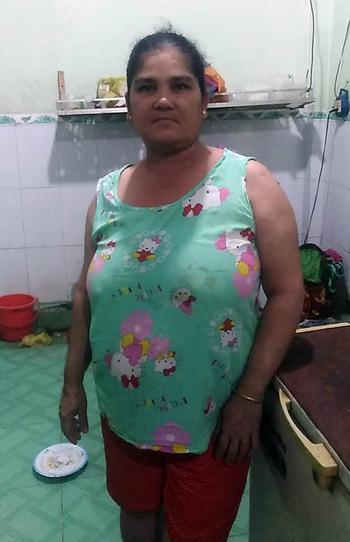 Phan Thi Nuoi had her DNA sent to Ancestry.com in September 2017 in an effort to track down her father, an American GI who served there during the war. (David Clark)

Phan Thi Nuoi, was born Nov. 15, 1971, and had her DNA sent to Ancestry.com in September 2017, in an effort to track down her father, an American GI who served there during the war.

That man turned out to be Clark’s late uncle, Donald Pelkey, of Fort Fairfield, Maine, who served three tours with the Army at Cam Ranh Bay and Pleiku, Vietnam, between 1968 and 1971.

Pelkey had been in love with Phan’s mother, Phan Thi Loan, but lost touch after he came home from the war, Clark said in a recent telephone interview.

“Nowadays finding people is easy, but in the 1970s it was just letters and telephone calls,” he said. “And I’m sure the telephone system wasn’t that good.” 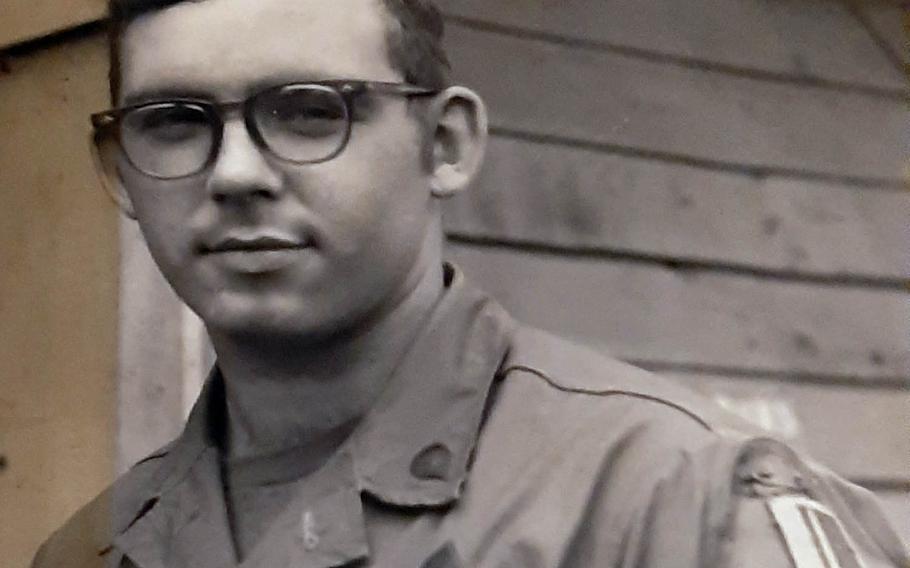 Donald Pelkey, of Fort Fairfield, Maine, served three tours with the Army at Cam Ranh Bay and Pleiku, Vietnam, between 1968 and 1971. (David Clark)

When Clark saw that he had a long-lost cousin, he sent an email to the address listed with her name on Ancestry.com.

He got a response from Brian Hjort, 50, an antique furniture repairman from Copenhagen, Denmark, who has been helping Amerasians in Vietnam and the Philippines find their fathers since the early 1990s.

Hjort first traveled to Vietnam as a 21-year-old in 1992 and was interested in meeting people his age who called themselves Americans, he said in a phone interview.

Once back home in Denmark, he got a request from one of his Vietnamese friends to help find the American father of a person in her village. Hjort filed a military records request with the help of the U.S. Embassy and received a name and address.

Hjort estimates he has reunited dozens of GI dads with their Vietnamese and Filipino children. But it has gotten easier in recent years thanks to the internet – he operates a website called www.fatherfounded.org – and DNA.

Hjort has been sending samples from Amerasians looking for their American fathers to services such as Ancestry.com, MyHeritage, 23andMe, Y-DNA and Family Tree DNA, he said.

Vietnam veteran Jim Reischl, 73, of St. Cloud, Minn., hopes DNA will help him find the daughter he left behind after serving as an Air Force clerk from 1969-70 at Tan Son Nhut Air Base, Vietnam.

Reischl shared an off-base apartment with the woman who became the girl’s mother.

“Her name was Hoa, which means flower in Vietnamese,” he said in telephone interview early this year. Air Force veteran Jim Reischl is pictured with his then-girlfriend Nguyen Thi Hanh, during his tour to Tan Son Nhut Air Base, Vietnam, from 1969-70. (Jim Reischl )

He keeps a photograph of Hoa, whose real name is Nguyen Thi Hanh, and a friend singing Vietnamese nursery rhymes in their apartment.

“I told her in late April of 1970 that I was probably going to be leaving,” he said. “I told her I would be with her another month, but I don’t think she understood me. She didn’t speak a lot of English.”

A week later, Hoa told Reischl she was pregnant.

“It scared me at the time,” he said. “[The Air Force] had told us that women would tell us a lot of things, but it doesn’t mean it’s true.”

Hoa told Reischl she wanted to come back to America with him, he recalled.

“The military told me, if I get to know a woman and want to bring her back expect to be there longer than my original term,” he said.

Reichl left his pregnant girlfriend behind in Vietnam but wrote to her soon after arriving in the United States. He never heard back, he said.

He eventually married in the States, and it wasn’t until he divorced in 2001 that he started searching for his child, making a trip to Vietnam every year, he said.

Reichl found Hjort online and, after a decadelong search, contacted Hoa, who responded to an advertisement placed in a Vietnamese newspaper, he said. Air Force veteran Jim Reischl reunited in 2016 with Nguyen Thi Hanh, the pregnant girlfriend he left behind in 1970 after a tour to Tan Son Nhut Air Base, Vietnam. (Jim Reischl)

Hoa, who declined to be interviewed for this article, was living in the Mekong Delta, and the pair met for the first time since the war when Reichl visited in 2016.

“She said our daughter was born Dec. 18, 1970, in Vinh Long at a clinic,” he said. “A lady who was with her offered to watch the baby and the lady took her and never came back. She had talked about taking her to an orphanage.”

It seems like DNA is the only hope of finding their daughter, said Reichl, who plans to return to Vietnam once the pandemic recedes.

Meanwhile, Clark has been in touch with his cousin, communicating through Facebook with her adult son, Nguyen Van Anh.

In a Facebook message, the son said he’s interested in meeting his newly found relatives and would travel to the U.S. to visit them if possible.

Nguyen Chi, a U.S. Consulate worker in Ho Chi Minh City, has been helping Clark communicate with his Vietnamese relatives and said they’re excited by the news of their American cousins.

“I spoke with [Phan] on the phone and she seems very happy to find her father’s relation,” Nguyen Chi said in a recent email.

If Clark’s Vietnamese relatives want to move to the U.S., they must submit evidence that Pelkey is Phan’s father, said Clark, who is attempting to obtain his uncle’s service records to show that he was in Vietnam at the time she was conceived.

Pelkey, who has no other known children and served as commander of the Paul Lockhart Veterans of Foreign Wars Post in Fort Fairfield, would have welcomed his daughter and grandson with open arms if he was still alive, Clark said.

But, he added, the rest of their American family won’t be able to help much.