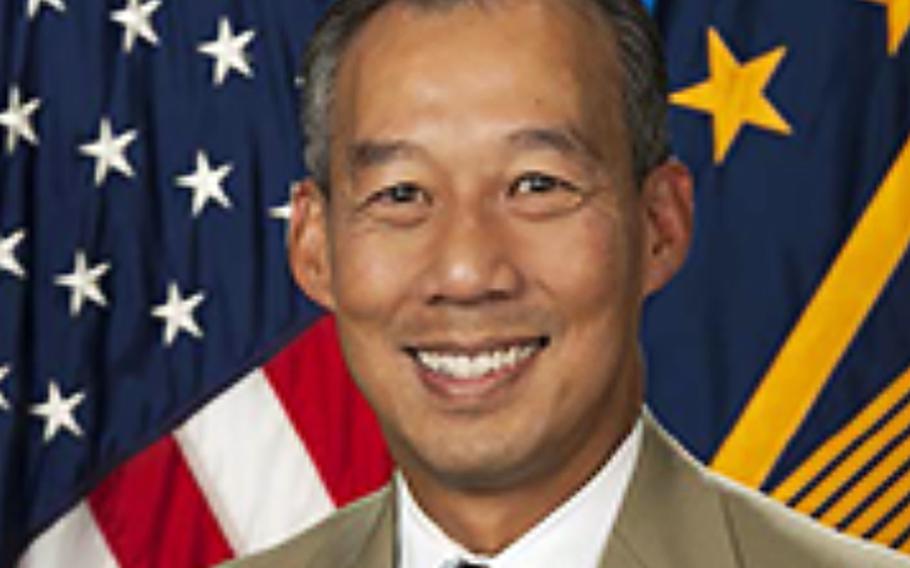 Dat Tran, the VA's principal deputy assistant secretary for the Office of Enterprise Integration, will lead the agency until the Senate confirms President Joe Biden’s nominee for VA secretary. (VA)

WASHINGTON – President Joe Biden on Wednesday named Dat Tran to immediately take the helm of the Department of Veterans Affairs.

Tran, the principal deputy assistant secretary for the VA’s Office of Enterprise Integration, will lead the VA until the Senate confirms Biden’s nominee for VA secretary. Biden chose Denis McDonough, a longtime aide of former President Barack Obama, to lead the department.

Tran has served at the VA for more than a decade. In his current role, he advises VA senior leaders in several areas including strategic planning, risk management, policy research, data analytics and innovations. Before coming to the VA, Tran worked as a staff member of the Senate Veterans’ Affairs Committee from 1995 to 2001.

Biden’s administration also announced 12 other people who would serve in acting positions until the new president’s political appointees are confirmed and sworn in. Carolyn Clancy, the assistant under secretary for health, discovery, education and affiliate networks, will take the second-highest position at the VA and become the acting deputy secretary. Thomas Murphy, the director of the northeast district of the Veterans Benefits Administration, will take over as acting under secretary for benefits.

Biden is keeping Richard Stone as the acting under secretary for health. Stone has been leading the department’s efforts to distribute and administer coronavirus vaccines to millions of veterans and health care workers.

In addition to Stone, three other VA executives will stay in their roles, the new administration announced. Jon Rychalski will continue as chief financial officer, Cheryl Mason as the chairwoman of the Board of Veterans’ Appeals, and Michael Missal as the VA Inspector General.

McDonough, 51, previously served as Obama’s principal deputy national security adviser and later took the job as Obama's chief of staff. McDonough began working with Obama in 2007 as the then-senator's senior foreign policy adviser. Before working for Obama, McDonough held staff positions in the House and Senate.

McDonough vowed in a public address last month to work as a united team with VA employees and veterans' service organizations to "fight like hell" for veterans and their families. Biden described him as a "relentless workhorse" and a "world-class manager with an innate understanding of how government can and must work for our veterans."

The leadership transition comes during a time when the department is undertaking a massive effort to administer coronavirus vaccines to veterans and health care workers across the country.

The Veterans Benefits Administration, which is responsible for managing financial assistance to veterans, is working through a backlog of hundreds of thousands of benefits claims after the process was paused at the start of the pandemic.

The VA is also facing tens of thousands of personnel vacancies, as well as growing suicide and homelessness among veterans that isn’t ebbing despite recent efforts. The department is also undergoing a major change to its electronic health record system, building a new network of private-sector medical providers to treat VA patients, and expanding its assistance program for veteran caregivers.

Congress recently mandated a commission conduct a comprehensive review of VA facilities and determine buildings to close and where to invest. The commission’s work is set for 2022.

Advocates for minority and female veterans are also calling for a culture change at the VA, and for the department to become more inclusive.