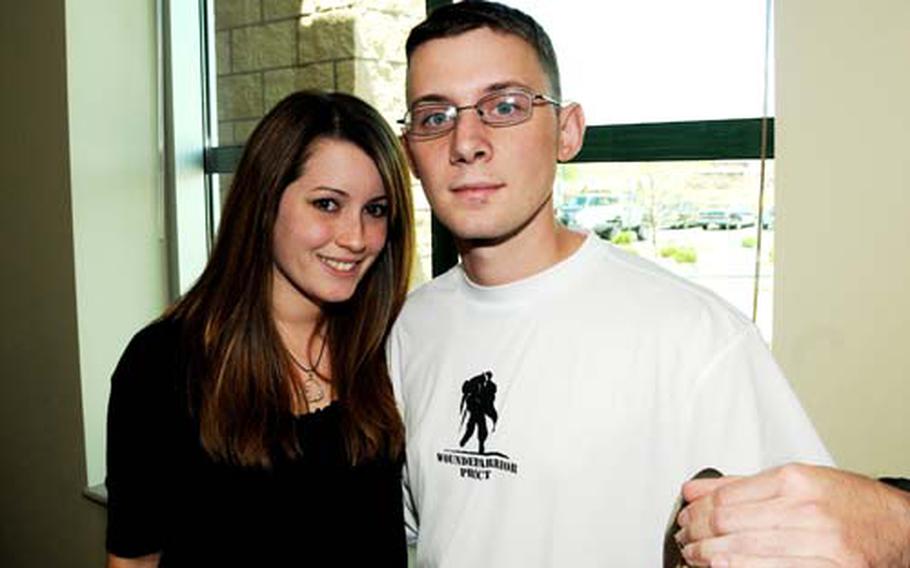 1st Lt. Jason Mazzella, right, a field artillery officer who was injured in Afghanistan, poses with his wife Brianna, who is his non-medical attendant. Mazzella has been in the Warrior Transition program for three months and has had seven surgeries due to an improvised explosive device attack on his deployment. (By Alexandra Hemmerly-Brown)