After years of failure to end the crisis, veteran suicide takes center stage on Capitol Hill 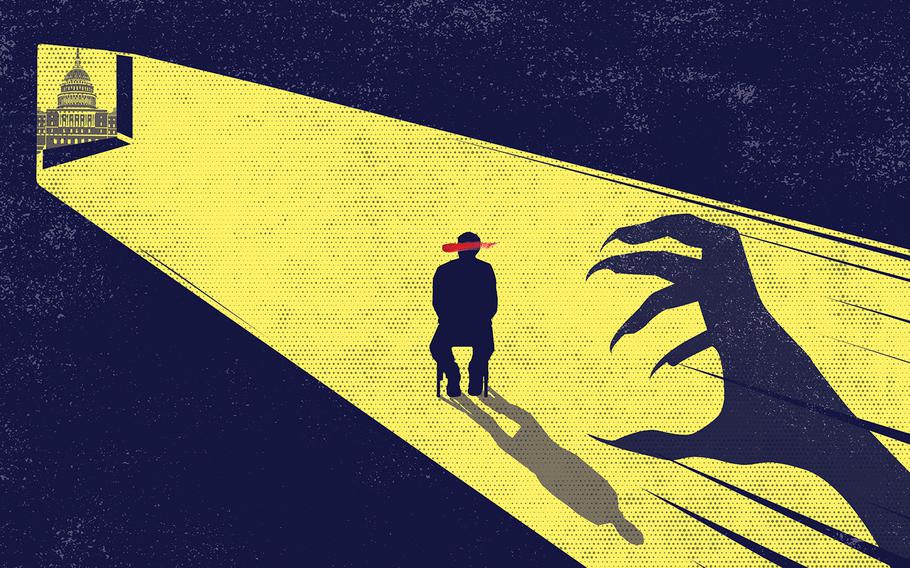 WASHINGTON — More veterans die by suicide every two days than were killed in action last year. After almost two decades of post-9/11 conflicts, lawmakers and Defense Department officials are no closer to ending the suicide crisis. There’s no single cause, no “type” of veteran, no guarantee of access to mental health care, no single solution. The funding is there — the Department of Veterans Affairs is the second-largest federal agency, behind the DOD in size and budget — and there has been little pushback on the 14% boost in funding requested for 2021.

So why are veterans still killing themselves at an alarming rate?

The suicide epidemic took center stage on Capitol Hill last week, with a large roster of veteran advocacy groups testifying before the Veterans’ Affairs Committees of both legislative branches and lobbying hundreds of lawmakers, sounding the alarm on a number of issues veterans face — most notably suicide.

After decades of well-intentioned efforts, Congress and the departments of Defense and Veterans Affairs have failed to put a dent in the crisis of nearly 20 veterans dying by suicide every day, about one and a half times as high as the civilian suicide rate, according to the most recent federal statistics.

“Regardless of billions spent, our suicide numbers haven’t budged an inch,” Brown said. “Why are we so afraid to try anything different?”

Lawmakers and officials say they are frustrated by the lack of nontraditional approaches to the crisis and the expectation that Congress can fix it.

“We will never solve the problem at the 30,000-foot level where we are,” Rep. Phil Roe, R-Tenn., the top Republican on the House Committee on Veterans Affairs said in an interview with Stars and Stripes. “I don’t care how many bills we pass.” Noting that veteran advocacy groups are critical in guiding veterans to mental health care on a local level, Roe said Congress can’t solve the problem on its own, “it’s got to be fixed from the ground up.”

While access to high-quality mental health services is viewed as central to suicide prevention, about 70 percent of veterans who commit suicide do not use VA facilities.

“How do you identify those veterans who never show up?,” Roe said. “How do you look at us spending [more] money in this year’s budget and we have not moved the needle one lick in the last 17 or 18 years?”

No single cause Between 2005 and 2017, 78,875 veterans took their own lives, according to the most recent data from the VA — more than the number of Americans killed in each major conflict except for World War II and the Civil War.

The reasons are not fully understood, but the numbers reflect a burden with heavy wartime demands after almost two decades of post-9/11 wars. Some explanations from studies, news reports and experts have pointed to post-traumatic stress disorder, misuse of medication, traumatic brain injuries, financial issues, family problems, military sex assault and combat experiences. However, a substantial portion of suicides are committed by those who did not deploy. In 2018, for example, 41.7% of service members who killed themselves had never deployed to a combat zone.

“Veteran suicide is a public health crisis and addressing it is complex. There are many factors that lead to suicide, and we know that what will work for older male veterans may not be the same as what will help for younger women veterans,” Rep. Mark Takano, D-Calif., the chairman of the House VA committee said in a statement. “That’s why our solutions must be multidimensional. ... It’s clear we need action now, and VA must start making more meaningful change by implementing interventions that can be effective.”

Not about funding VA is the only agency looking for a double-digit budget boost in 2021, requesting a 14% increase to $243.3 billion. That includes $10.2 billion for mental health care, a $683 million increase over this year’s budget.

On Wednesday, some Democrats pushed back on the size of the increase, calling it “unrealistic and political.” Rep. Debbie Wasserman Schultz, D-Fla., called it a “fantasy budget” during the House Committee on Appropriations subpanel meeting.

The agency’s budget has increased consistently since the beginning of the Iraq and Afghanistan wars. But even with the financial support, Congress and the VA are at a standstill on overhauling the system.

In the meantime, Congress continues to take small steps to address suicide prevention.

Takano introduced a bill that would entitle any former service member to emergency mental health care, regardless of discharge status. The bill has yet to pass out of the committee but is unlikely to face serious opposition.

Republicans want to expand community care. In December, the House VA committee passed the Improve Well-Being for Veterans Act down party lines. The bill looks to implement a pilot program giving federal grants to mental-health providers outside the VA. The effort ignited a partisan feud regarding oversight of the funds and clinical care. Takano scrapped grants for clinical care from the bill, much to the ire of the GOP. The Republicans are seeking a second chance for the Improve Act, with the Senate version maintaining clinical care, and it just passed through the Senate Committee on Veterans’ Affairs.

“No matter how much money we continue to pour into traditional VA [services] that money is not going to reach the target market,” Rep. Jack Bergman, R-Mich., who originally authored the bill, said in an interview with Stars and Stripes. The goal of the Improve Act is “to allow VA to establish three-year grants to local community care providers. To reach this target market we are not historically reaching.” He called fears of creeping VA privatization “disingenuous.”

Access to guns The overwhelming majority of service members who die by suicide are white, enlisted, male and under 30, and most used firearms, according to 2018 Pentagon data. This falls in line with the civilian population.

Craig Bryan, executive director of the National Center for Veterans Studies, said easy access to firearms greatly elevates risk. According to the VA, 50% of veterans own guns.

A 2018 study from the American Public Health Association found that access to a firearm was “a key factor increasing one’s risk for completing suicide,” and that states with higher rates of gun ownership have higher suicide rates.

“We spend hardly any time talking about the role of firearms,” Bryan said. “Research suggests that the use of gun safes and other locking devices can reduce the likelihood of suicide, though. Encouraging the use of storage and locking devices could have a significant impact on military suicides.”

“The biggest blind spot involves continuing to view suicide only from the lens of mental health,” Bryan said. “So long as we continue to assume that suicide results from mental illness and can only be prevented via mental health treatment, we’ll continue to fall short.”

In some situations, simply leaving a military environment can cause veterans to feel out of sync with society. Combat is one of the most complicated dynamics of war, where veterans can miss the rush of adrenaline and the human cohesion.

“When service members leave the military, they leave a team-first culture that has a very clear mission, recognizable symbols of status and achievement, and more than 240 years of history and culture,” said Joe Plenzler, communications director for the nonprofit Wounded Warrior Project.

Plenzler suggested it is critical for veterans returning from service to find a new mission in life. “It’s unrealistic to find these same experiences in the civilian world, but it is possible to find a sense of purpose and community – a sense of tribe.”

James LaPorta, an Afghanistan war veteran who served as an infantryman in the Marine Corps, says he has been in therapy for 10 years because of his combat experiences, but he misses the community it builds.

“In many ways, the stress of combat is easier to deal with when you’re in it, compared to the stress of everyday life. I think that’s because in combat, you don’t go through it as an individual, you have a tribe — a community with you,” he said. “I miss the simplicity of war. The intimacy of it. Where the bonds forged in adversity are so strong, one can identify an individual by their silhouette during a night patrol.”

American Veterans’ Brown praised some of the VA’s suicide prevention services but said there needs to be more attention paid to alternative approaches, such as the VA paying for tai chi.

“How are we ever going to get a handle on this problem if we are spending more than 90 percent of our resources on approaches that fail?” Brown said. “We need to stop doing the same actions and expecting fewer deaths.”