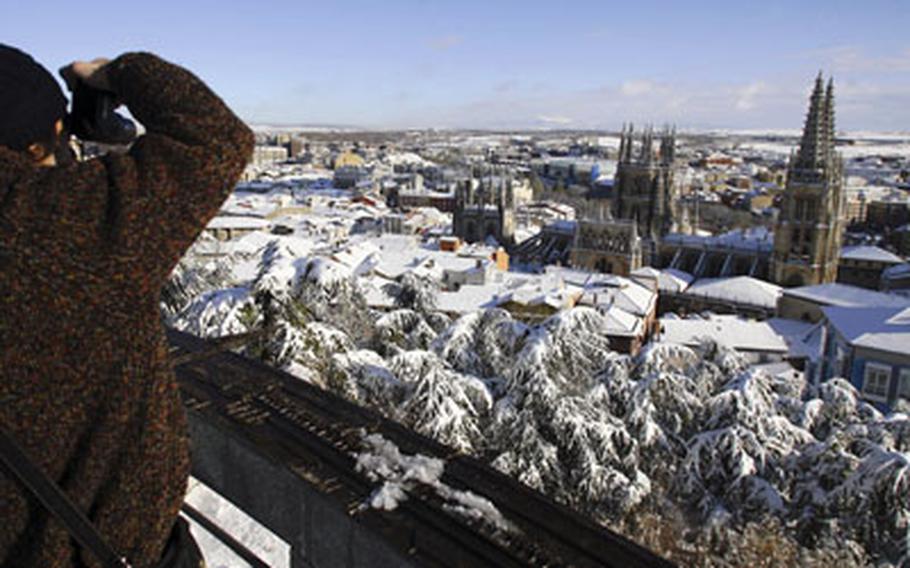 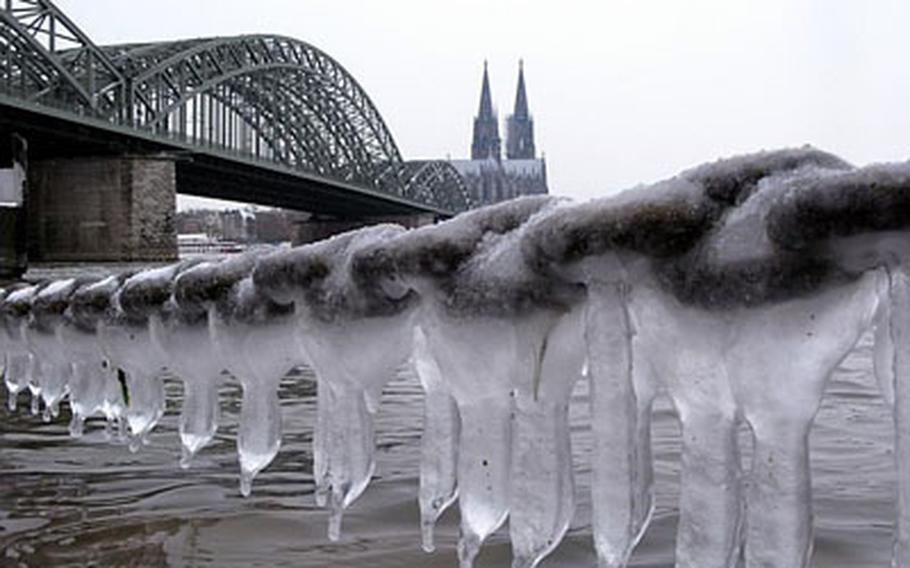 Icicles hang from chain links over the Rhine river, with the Cologne cathedral in the background, in Cologne, Germany. () 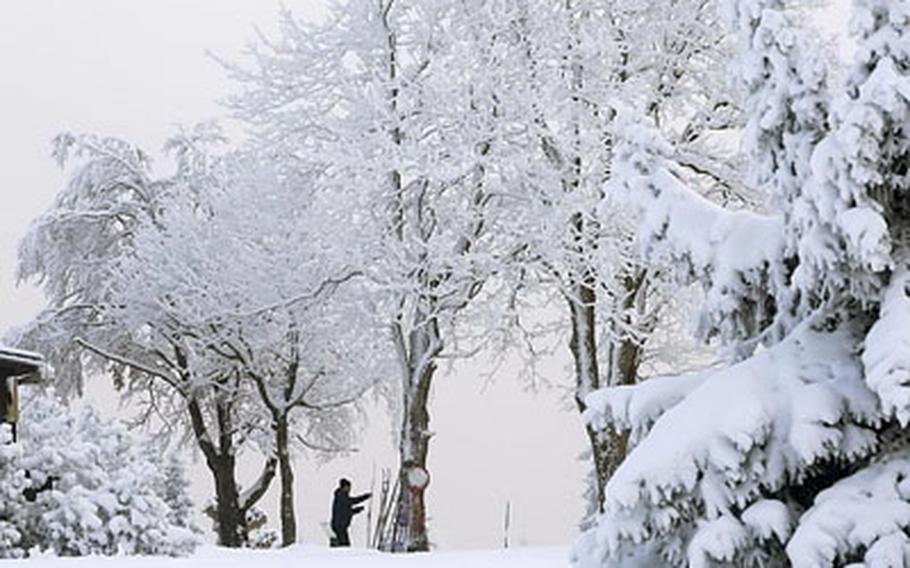 A man prepares his skis while enjoying a fresh snowfall near the village of Korenov, about 60 miles north of Prague, Czech Republic. () 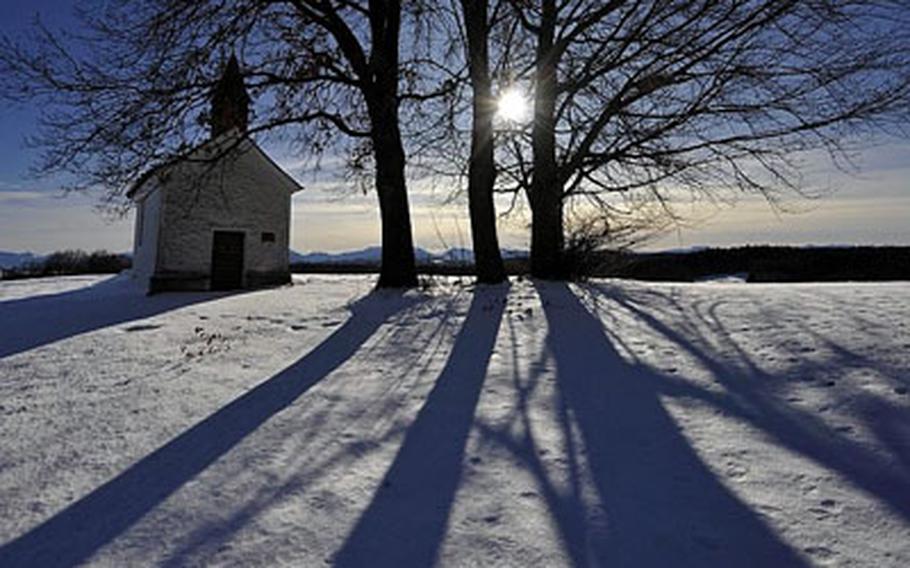 Trees cast shadows next to a chapel near Feldkirchen, southern Germany. () 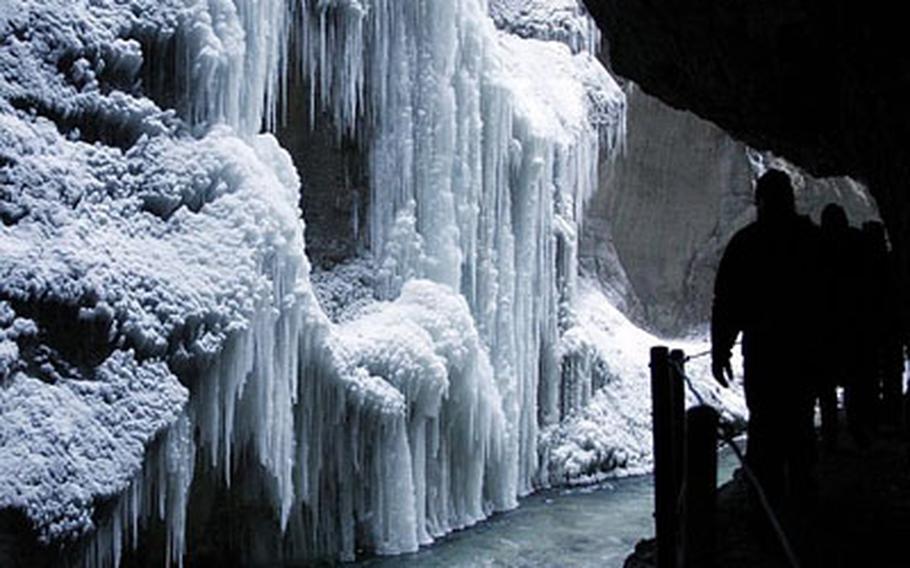 Hikers walk past huge icicles in the Partnachklamm canyon near Garmisch-Partenkirchen, southern Germany. ()

Look around during the height of a European winter, and you&#8217;ll see that Old Man Winter is an artist. His work begins to show up as early as November, and in some places lasts into the spring. But his artistry is at its finest when there is a heavy snowfall, as there was across Europe last month, including in some places that normally see little snow. He puts a clear glaze on tree limbs, turning forests into "fairyscapes." He casts eerie shadows on silent country scenes. And he freezes water into long, icicle fingers. A light dusting on a town, with its cathedral resembling a sugary confection, looks like a scene in a living snow globe.

And there should be more to come. Harald Strauss, a climatologist with the Air Force&#8217;s 21st Operational Weather Squadron in Sembach, Germany, says the same sort of frontal system that brought snow in December should hang over Europe through much of January, bringing a mix of freezing rain and snow. So next time you turn your collar up against the cold and are frustrated by difficult driving and bungled travel plans, remember to also take time to look beyond the snow and appreciate winter&#8217;s beauty.