Wiesbaden: Take a stroll, have a picnic in Schlosspark The Biebricher Schloss, originally a summer home and later the main palace of the dukes of Nassau, dominates one end of the Schlosspark near Wiesbaden, Germany. (Peter Jaeger / S&S)

The Biebricher Schloss, originally a summer home and later the main palace of the dukes of Nassau, dominates one end of the Schlosspark near Wiesbaden, Germany. (Peter Jaeger / S&S) 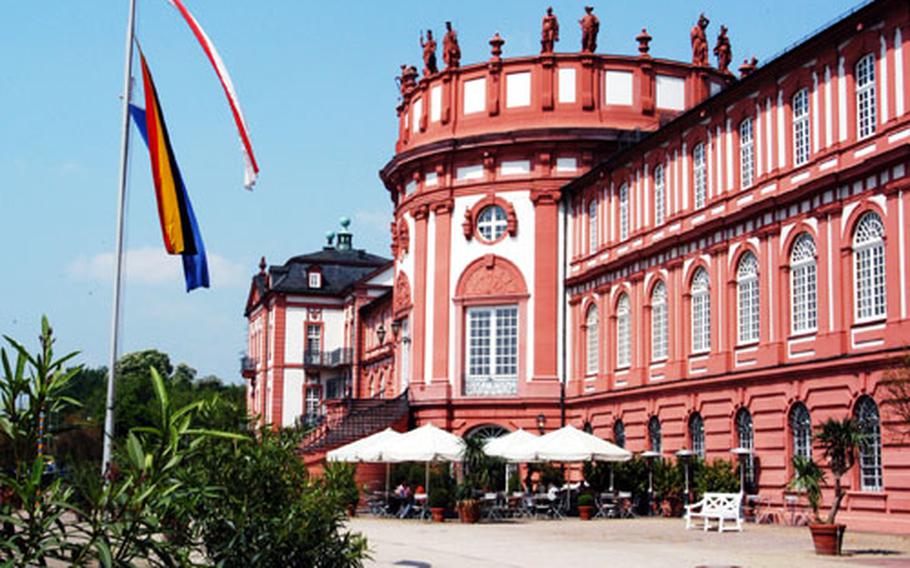 The Biebricher Schloss, palace of the dukes of Nassau, was built in the 18th century. (Peter Jaeger / S&S) Statues of Greek gods oversee the park’s activities from the rotunda of the Biebricher Schloss. (Peter Jaeger / S&S) 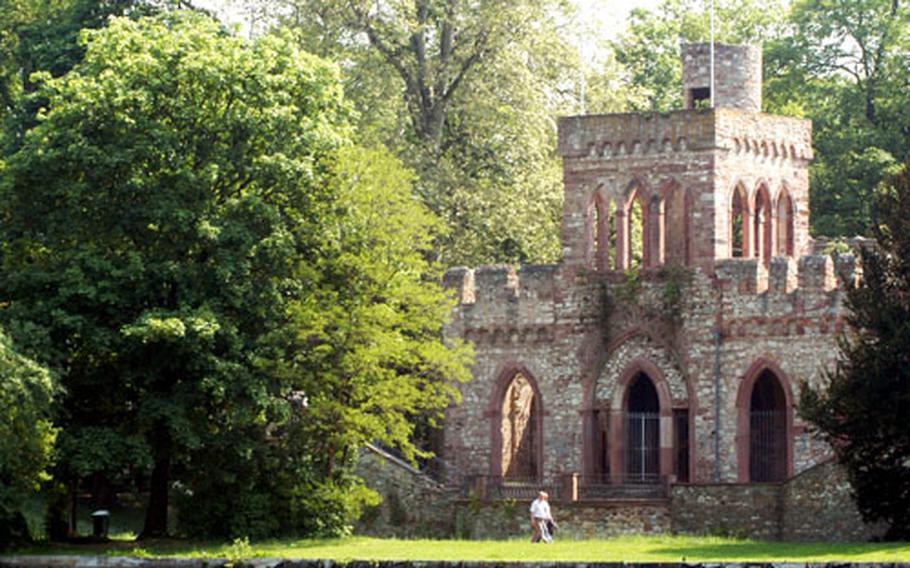 The Moosburg is a romantic “ruin” inside the Biebricher park. At the end of August, the annual Moosburg fest is held in front of the building and around the lake. (Peter Jaeger / S&S)

Just outside the busy city of Wiesbaden, Germany, is a green oasis where families, joggers, picnickers and others can go for a day of relaxation. And if they come on the right day, they can also visit an 18th-century palace.

The Schlosspark at Wiesbaden-Biebrich is the former summer residence of the dukes of Nassau, who held court in Wiesbaden. Today, with its old trees, quiet atmosphere and clean air, it is the perfect place to get away from the city. It is large enough that even on weekends it is not crowded.

With the palace, located on the southern side of the park near the Rhine River, the park is a perfect blend of architecture and nature.

Don&rsquo;t go there looking for amusement rides, boats to rent or a place to swim &mdash; although there is a playground on the edge of the park. If you want a quiet green area to wander, or a leisurely meal under a shady tree or on a palace terrace, this is the place to go.

Construction of the palace and the park started at the beginning of 1700. The dukes, who wanted to have a summer getaway in Biebrich, had the palace and gardens designed in the baroque style with geometrical and ornamental flower beds in the park.

Later, in the 19th century, the dukes moved their court to Biebrich, transforming the palace into their headquarters. They enlarged the grounds to an English- style landscape park with tree-lined alleys and meadows with wide-open views between little clusters of trees, a lake and a specially created romantic ruin of a German castle.

All of this still exists, making the park and palace a cultural highlight of the state of Hessen. The palace can also be visited, but only on a guided tour &mdash; and only one day a week.

A good time to visit the park is in the last weekend in August for the traditional Moosburg Fest, a festival conducted by the community clubs of Biebrich.

Around the lake, in front of the castle ruins &mdash; known as the Moosburg &mdash; kiosks and tents offer local German and foreign food. Bands play and wine, beer and soft drinks are served.

Another good time to go is the first weekend of June for an international horse show. In addition to admiring the setting, visitors can see some of the best riders in the world.

On the QTDIRECTIONS: The Schlosspark is in the Wiesbaden suburb of Biebrich, south of Autobahn 66. Leave the autobahn at exit 4, Wiesbaden Biebrich, and turn left onto Biebricher Allee and follow it into town. Stay on the road for about two miles until you reach the Rhine River. Turn right. After two blocks, you&rsquo;ll see the Biebricher Schloss. Parking is in front and on the next street to your right.

TIMES: The park is open to the public year round. The palace can be visited by guided tours only and only at 4:30 p.m. one Thursday per month from March through November. Those dates are: June 22, July 27, August 24, Sept. 28, Oct. 19 and Nov. 23. The meeting point is at the park side of the palace in front of the rotunda. English-speaking guides are available.

COSTS: Entrance to the park and parking are free. The guided tour of the palace is 4 euros.

FOOD: There is a bistro with an outside seating in the ground floor of the palace. In nearby Biebrich, eateries offer food for every taste: Italian, Mexican, Greek, German and Asian.