A bus-bound tourist tries to capture the attention of a grazing horse on Cape Shiriya. (Wayne Specht / S&S)

A bus-bound tourist tries to capture the attention of a grazing horse on Cape Shiriya. (Wayne Specht / S&S) 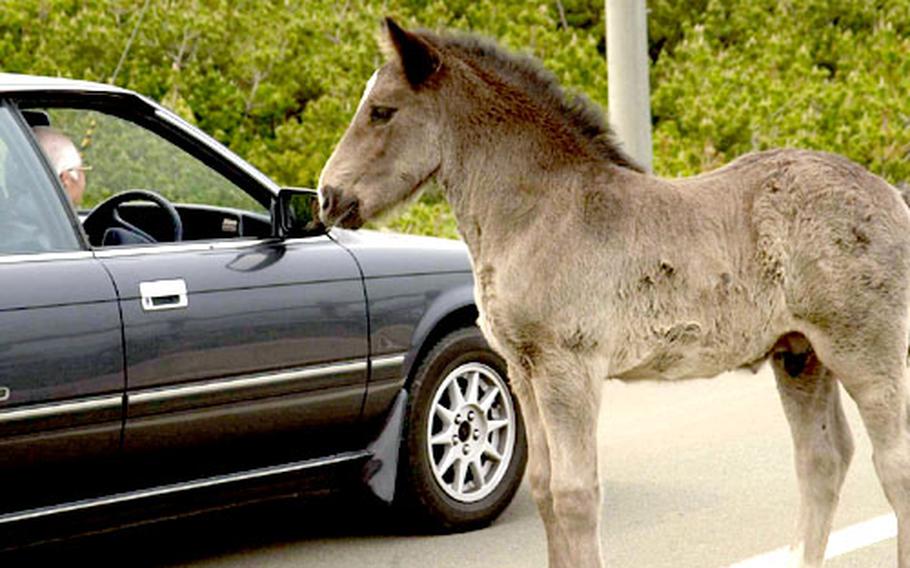 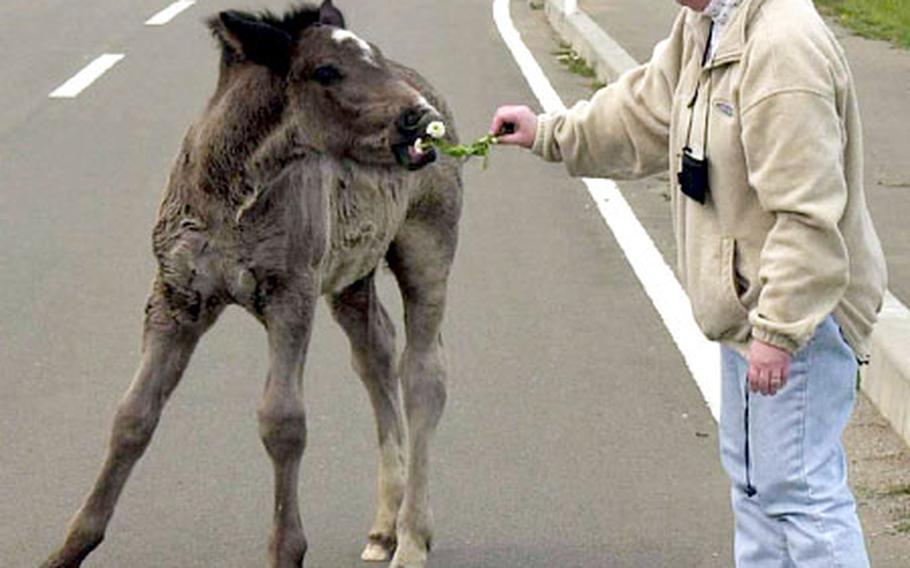 A horse accepts a "gift" from a tourist. (Wayne Specht / S&S) In the shadow of the Cape Shiriya lighthouse, visitors get friendly with a Kandachime horse. (Wayne Specht / S&S) 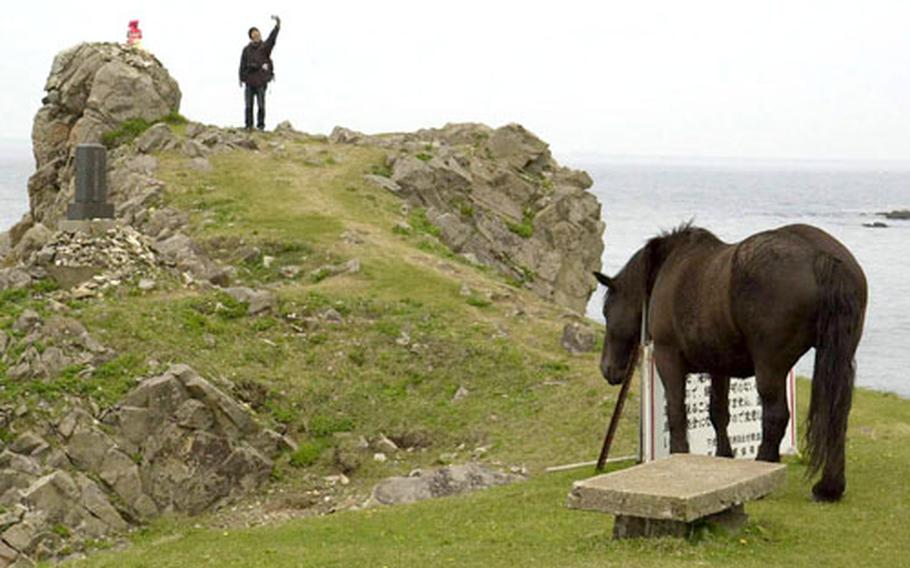 Most of the Japanese Kandachime horses here are docile enough to have their picture taken while you stroke their oily manes; others might playfully tug at your shirt sleeve while you&#8217;re at it.

According to the village tourist department in Higashidori, the community where the cape lies, Kandachime horses have been bred in the region for more than 200 years.

Crossbred with the Tanabu and the French Breton breed, Kandachime horses are tolerant of northern Japan&#8217;s brutal winters, have great stamina and exist on a simple diet.

Higashidori village residents raised the sturdy horses as a food source for a time, but that practice has long ceased.

The Aomori Prefectural government began a preservation program in 1995, when they became concerned that the number of horses had dwindled to just nine.

Most of the year, the horses roam here finding sustenance in the sparse patches of greenery on the cape. They meander with a slow gait along Pacific Ocean beaches and consider right of way on the cape&#8217;s highway their own prerogative by slowing traffic from time to time.

They use abundant Japanese pine trees &#8212; and traffic signs &#8212; as convenient scratching posts.

When heavy snowfall blankets the area, local farmers feed the horses hay in nearby barns. Photographers who venture here can be rewarded with superb images of the horses roaming the wind-swept cape during the bleak winter months.

A private lighthouse and a combination gift shop and Japanese snack bar can be found at the cape, but not much else.

Seagulls are abundant here, too. If you&#8217;re lucky, you may spot a fox roaming amongst pine trees, as well.

On clear days, the northernmost Japanese prefecture of Hokkaido can be seen to the north across the Tsugaru Strait.

While some visitors enjoy picnics on summer days, overnight camping is not permitted on the cape.