When children rule the rails 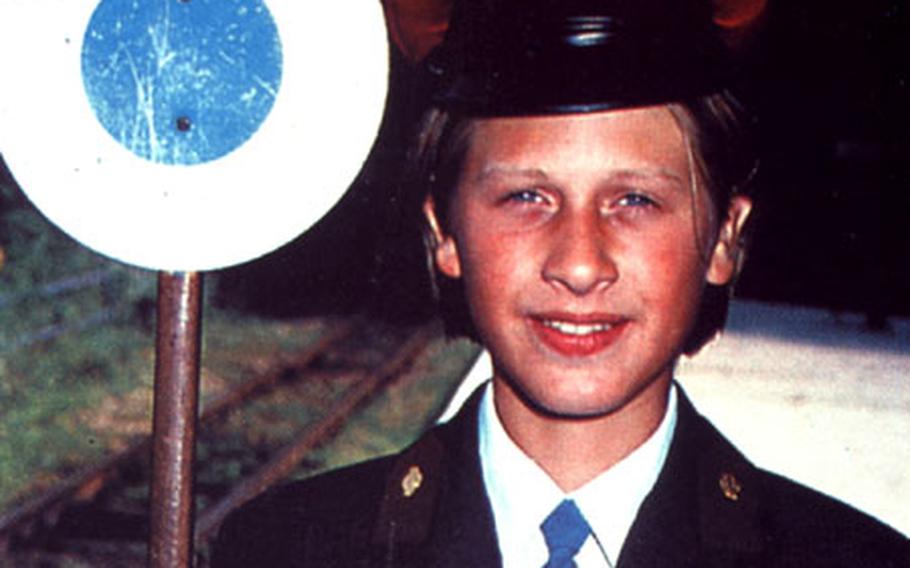 One of the young crew members of the Children’s Railway uses a paddle to signal the engineer. The crew wear uniforms identical to those of the Hungarian National Railways and are responsible for most of the operations on the train. (Dennis Cavagnaro / Special to Stars and Stripes)

One of the young crew members of the Children’s Railway uses a paddle to signal the engineer. The crew wear uniforms identical to those of the Hungarian National Railways and are responsible for most of the operations on the train. (Dennis Cavagnaro / Special to Stars and Stripes) 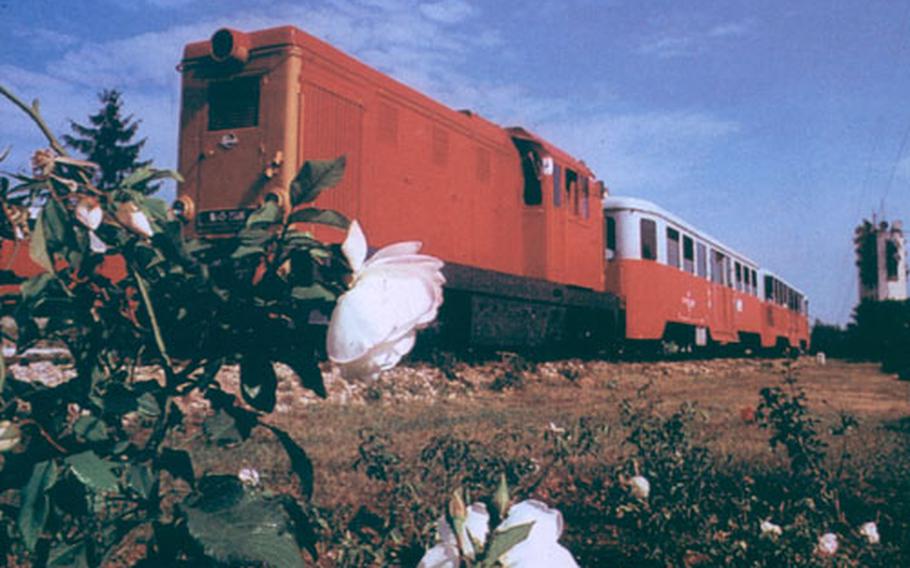 All aboard: the Children&#39;s Railway makes about a 7-mile trip between terminals with stops at seven stations. The rail line travels on the ridge line above Budapest, Hungary. (Dennis Cavagnaro / Special to Stars and Stripes) 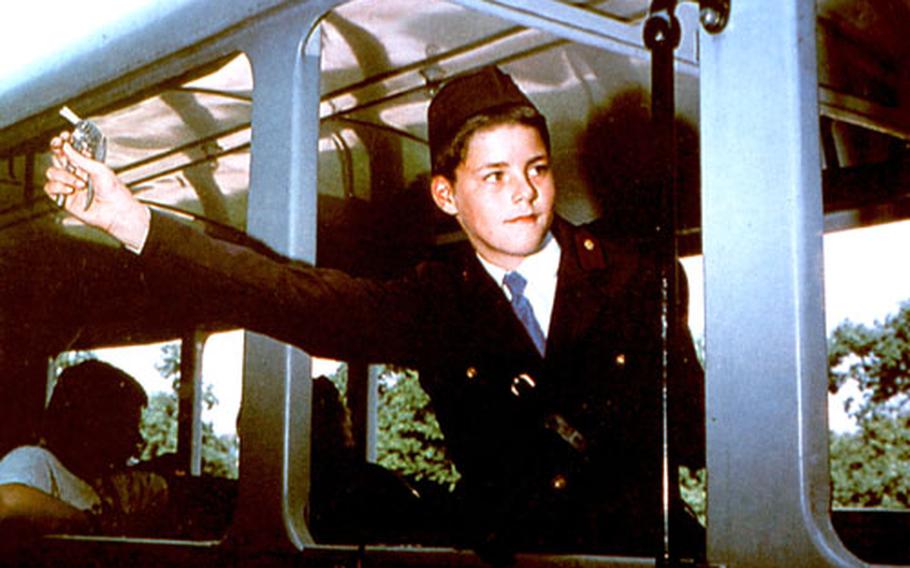 A conductor, with his ticket puncher in hand, waves to passengers to let them know the Children&#39;s Railway is about to leave the station. (Dennis Cavagnaro / Special to Stars and Stripes) 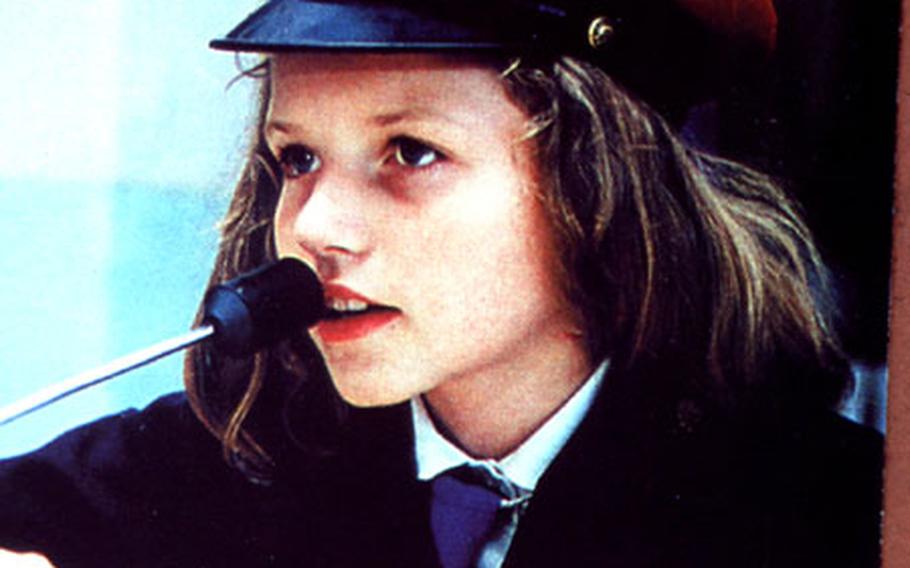 One of the young crew members, wearing a uniform identical to those of the Hungarian National Railways, sells tickets at the station. The young crew are responsible for most of the operations on the Children&#39;s Railway. (Dennis Cavagnaro / Special to Stars and Stripes) 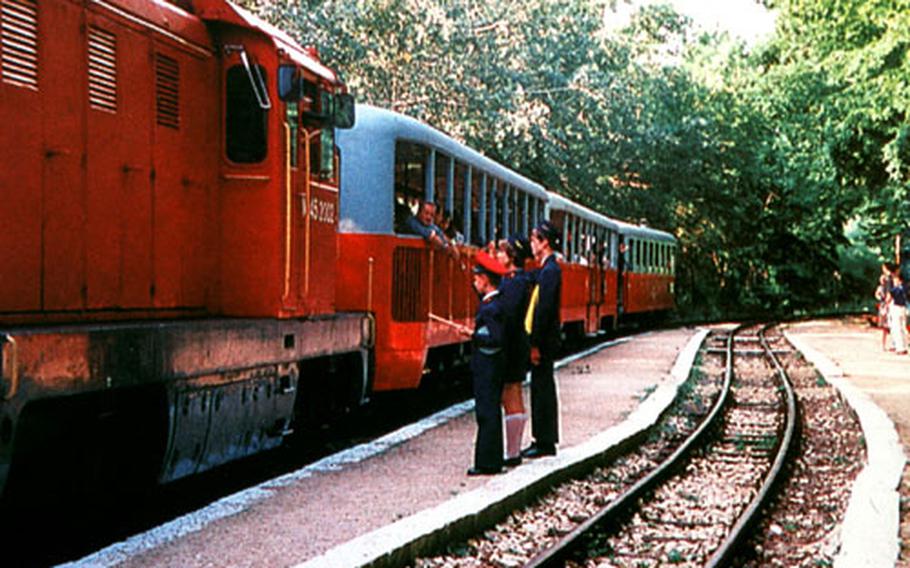 The Children&#39;s Railway makes a stop at one of the stations along the approximately 7-mile-long route. The young crew performs most of the operations for the train, under the supervision of adults. (Dennis Cavagnaro / Special to Stars and Stripes)

As the train pulls out of the station near a bespectacled girl, her red hair hanging in a pigtail half her height, asked very seriously for my ticket.

She wore the uniform of the Hungarian National Railways, with a black leather conductor&rsquo;s purse hanging from her shoulders, and held a huge ticket puncher in her hands.

She must have been all of 11, about the age of the rest of the railway crew.

Yes, it is children, ages 10 to 14, who operate a real &mdash; not an amusement park &mdash; railway in the Buda Hills above Budapest, Hungary. With certain exceptions for safety reasons, they are in charge of the railway&rsquo;s functions, albeit under adult training and supervision.

The Children&rsquo;s Railway is not a toy. It is a unique Hungarian National Railways narrow-gauge railway that snakes about seven miles along the highest ridge line above the city and the Danube River.

The railway, which opened in 1948, operates year round. Often during the midweek in winter, trains will run empty but keep to their timetables to give the children their hands-on training.

Becoming a member of the rail crew is a prize for good pupils, who complete compete in their schools for the two-week program. In the summer they camp out in a tent camp, enjoying all the other summer camp activities in addition to running the railway.

The trains operate at about 12 mph and stop at each station, making for a 46-minute run. At each terminal the locomotive is uncoupled and run around to the front end for the return journey. While adults actually drive the engines and perform coupling, the children ensure the safety of the operation.

The line&rsquo;s most interesting engineering feature is its 198-meter horseshoe-shaped tunnel, which eliminates the need for a switchback because it allows the line to reverse itself.

The Huvosvolgy Station, one of the terminals, is built to mainline railway standards with two subway entrances. It houses the railway&rsquo;s operational headquarters as well as a delightful museum of the railway&rsquo;s history. One of its first steam engines is displayed as a monument.

Just past the station is the railway&rsquo;s operating turntable and its shops. Below are the classrooms where the children are taught their duties before they go operational.

But the railway&rsquo;s biggest attraction is its staff. The children, dressed in uniforms that match those of the national railway, take their job seriously. Passengers can&rsquo;t help but be charmed by the youngsters&rsquo; dedication, professionalism and cheerful attention to duty.

&mdash; Dennis Cavagnaro is a free-lance writer living in the United States.

Getting there: To reach the railway by public transportation, take Budapest&rsquo;s Red Line Metro (M2) to Moszkva ter (Moscow Square). You then have two choices. To board the Children&rsquo;s Railway at its Szechenyi-hegy terminus, closest to Budapest, take either tram No. 18 or 56 to Varosmajor, opposite the Budapest Hotel, and transfer to the electric cog-wheel railway tram.

The cog-railway, built in 1874, grinds its way up the hills through leafy, upscale neighborhoods for 20 minutes to the Szchenyi-hegy terminal opposite the Hotel Panorama. From there, it&rsquo;s a five-minute walk to the railway.

To board the railway at its farther &mdash; and more important &mdash; terminal, Huvosolgy, take tram No. 56 to its end just below the Children&rsquo;s Railway station. The No. 56, for the most part, goes on a private track on grass and follows a stream through lovely residential neighborhoods.