The Languedoc-Roussillon: Stay in a château and taste this region of southern France 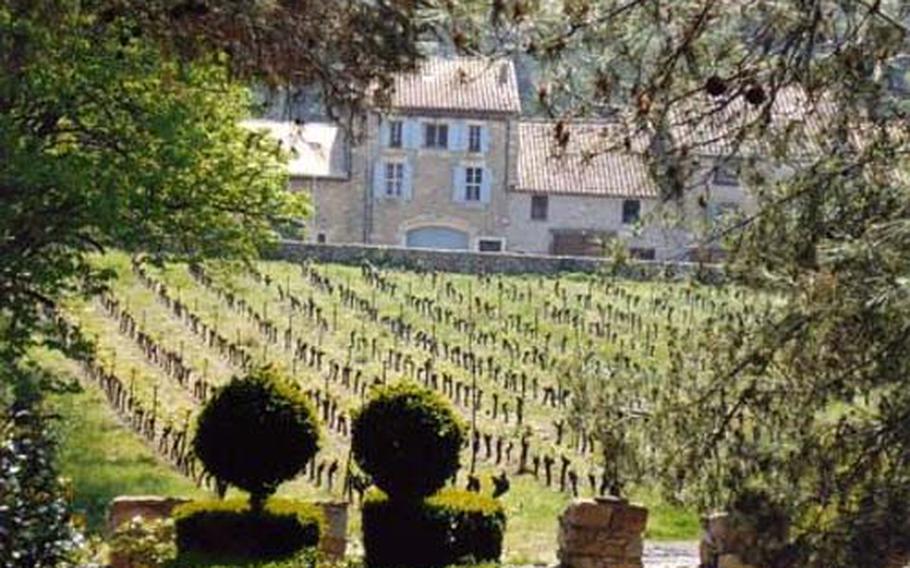 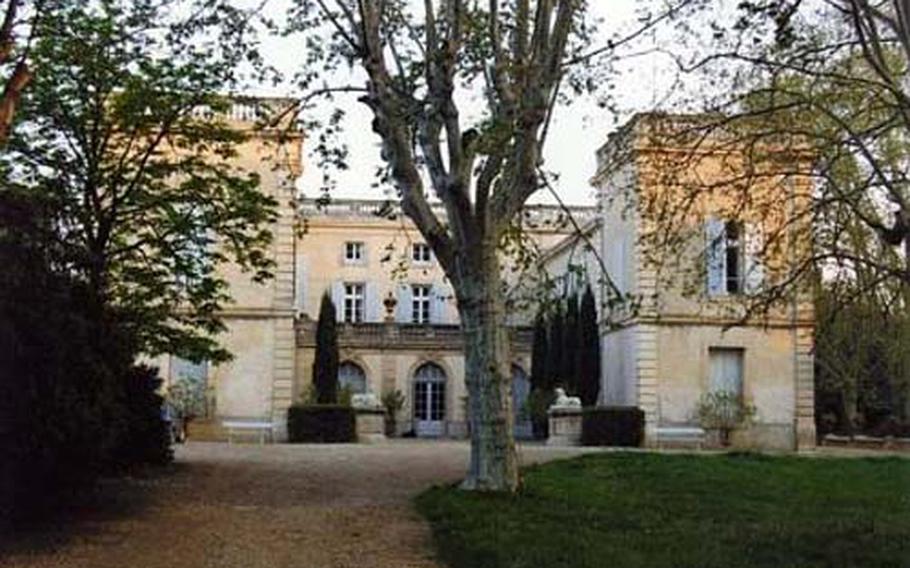 At their elegant chateau near Beziers, renowned artists Jean and Christine Viennet blend 200 years of family history with a taste for irreverent art and a thriving vineyard. (Ginber Warder/Special to Stars and Stripes) 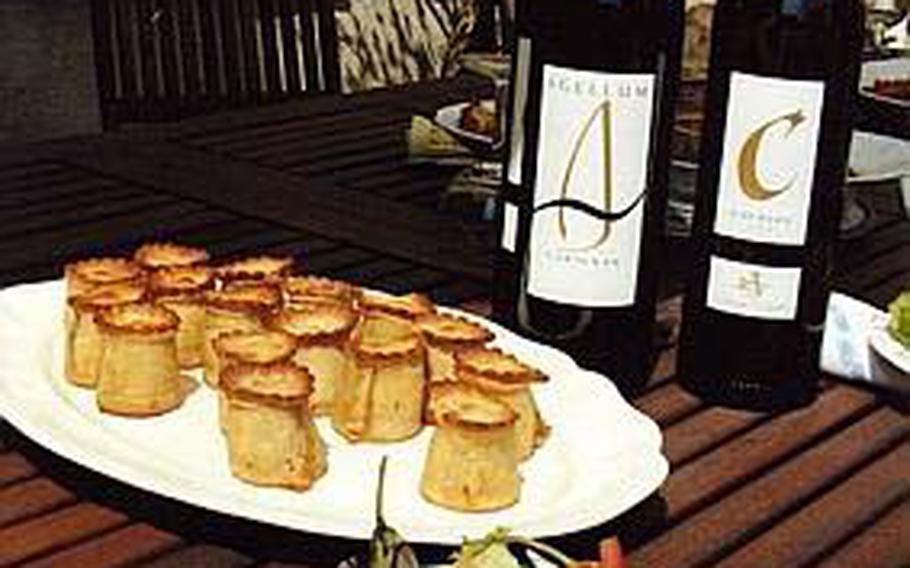 This simple and elegant alfresco lunch is accompanied by Chateau d’Agel’s signature red and white wines. (Ginber Warder/Special to Stars and Stripes) 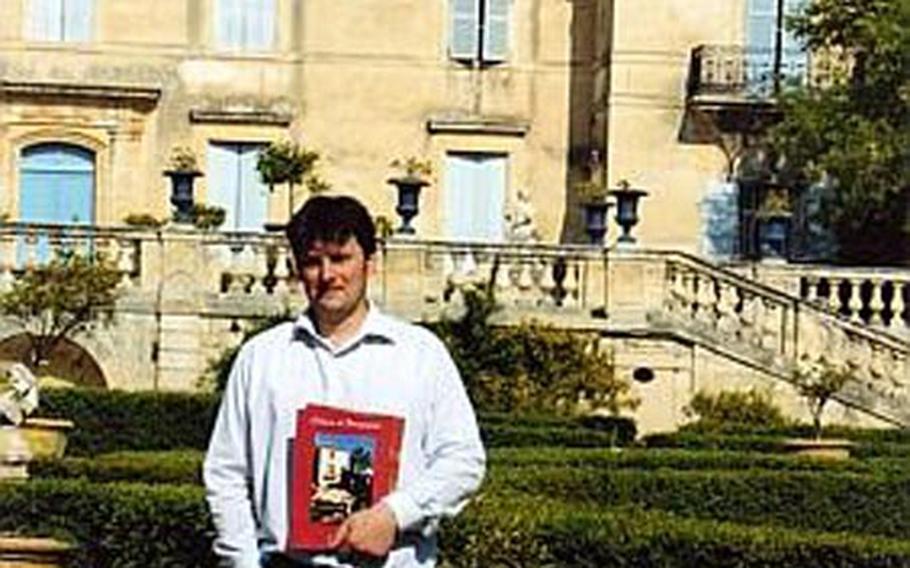 Pierre de Colbert is the 10th generation of winemakers at his family estate in Montpellier, which dates back to 1696. (Ginber Warder/Special to Stars and Stripes)

While it might not be as well-known as other wine regions, Languedoc-Roussillon in southern France is the largest vine-growing area in the world.

Particularly known for its red wines, which flourish in the Mediterranean climate, the region produces a variety of grapes, including carignan, cinsault, grenache, syrah, mourv&egrave;dre, cabernet sauvignon and merlot. White varietals from chardonnay and viognier to sweet muscat are also grown here.

Want to learn about these wines? A good place to start is at three historic family-owned ch&acirc;teaux and vineyards that will give you not only a taste of the terroir, but also a peek into the lives of some of the country&rsquo;s oldest families.

&bull; Montpellier and Ch&acirc;teau de Flaugergues: The charming city of Montpellier is a pedestrian-friendly, walled city, filled with buildings from the 17th, 18th and 19th centuries. It has its own Arc de Triomphe, and many of the same boutiques and signature couture names found in Paris.

On the edge of Montpellier is Ch&acirc;teau Flaugergues. One of the extravagant ch&acirc;teaus used by wealthy nobles as summer residences in the 17th century, the ch&acirc;teau is now owned by one of the most venerated families in France. Pierre de Colbert, the 10th generation of winemakers, can trace his lineage to King Louis XIV&rsquo;s Minister of Finance, Jean-Baptiste de Colbert. The ch&acirc;teau has been in the family since 1696, while the vineyards have been producing stellar grapes since Roman times.

Situated in one of the 12 growing regions of the C&ocirc;teaux du Languedoc, known as La Mejanelle, Flaugergues makes exceptional red wines grown in soil that includes deposits from the Rhone River. The reds are blends of grenache, syrah and mourv&egrave;dre, with small amounts of carignan and cinsault, winners of many prestigious international awards and accolades.

Colbert hosts group tours of the house and gardens, along with a wine tasting, for less than 10 euros per person.

&bull; Ch&acirc;teau Raissac: Heading south from Montpellier toward B&eacute;ziers takes you into the heart of the Languedoc-Rousillon wine and farming region, with brilliant fields of yellow mustard punctuated by flaming red poppies nestled beside vineyards and olive groves. The old and new exist side by side here, with crumbling ruins of fortified towers and modern wind farms crowning the hilltops.

Painter Jean Viennet, who studied with Salvador Dali, and his wife, Christine, a world-class ceramicist, have combined their eclectic artistic abilities with the art of winemaking at the family vineyard. Since 1837, six generations of the Viennet family have coaxed grapes from the Mediterranean-influenced soil and limestone hills, rich with marine fossils, alluvium and prehistoric pebbles.

Jean&rsquo;s son, Gustav, oversees the winery and Raissac&rsquo;s offerings, which include excellent cabernet sauvignon, chardonnay and muscat, as well as table wines with humorous names, such as their newest label, Sacre Bleu.

You can spend an evening with the Viennets in one of the ch&acirc;teau&rsquo;s five suites (beginning at 100 euros a night including breakfast) and get an intimate look at their personal collection. You also can stop for the day and tour the winery and Christine Viennet&rsquo;s ceramic museum housed in the old stables.

&bull; Minervois and Ch&acirc;teau d&rsquo;Agel: West of B&eacute;ziers, about halfway to Carcassonne, near the border of Spain, are Minervois and Ch&acirc;teau d&rsquo;Agel. The tranquil countryside is filled with small farms and olive groves, and a rhythm of life reminiscent of Provence before it became a tourist destination.

Sitting at the base of the Black Mountain, the family home of Martine Ecal-Besse is one of the fortified castles owned by the vassals of the Count of Toulouse. Dating to the 12th century, it has four towers and a secret siege escape tunnel, but has been discreetly modernized with four period suites with modern bathrooms, Wi-Fi and satellite television. Extensive terraced gardens and a swimming pool face the d&rsquo;Agel vineyards, which were sold to a neighboring family a few years ago.

Unfortunately, day tours are not available here, but you can experience the noble life and rent a room for a few nights, or bring a group and rent the entire castle, which sleeps 14 and can provide cooking and housekeeping services upon request. This stunning property is worth the splurge.

The vineyard&rsquo;s new owners replaced some of the oldcarignan vines with new varietals, including syrah, grenache and mourv&egrave;dre, as well as viognier, muscat and white grenache, and if the early vintages are any indication, this will be a winery to watch in the future.

Tours are given upon request, and the winery hosts several special events throughout the year.

Ginger Warder is a member of the Society of American Travel Writers based in the United States.

&bull; The Languedoc-Roussillon tourism office offers free wine route maps and information on transportation and accommodations in the region. Its Web site, http://en.sunfrance.com , has an English version.

&bull; The Montpellier Tourist Office offers a City Card good for one, two or three days (15 euros, 22 euros and 28 euros), which includes a guided historical tour, transportation pass and free admission to many cultural attractions. The colorful city trams, designed by Christian Lacroix, are a perfect way to see the city from end to end. Find details on the city and other offers at www.ot-montpellier.fr/en