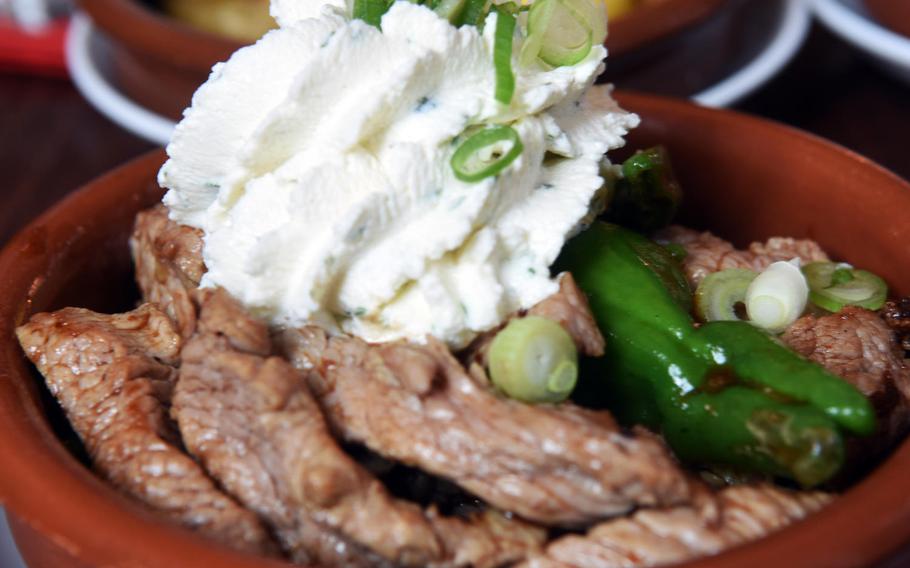 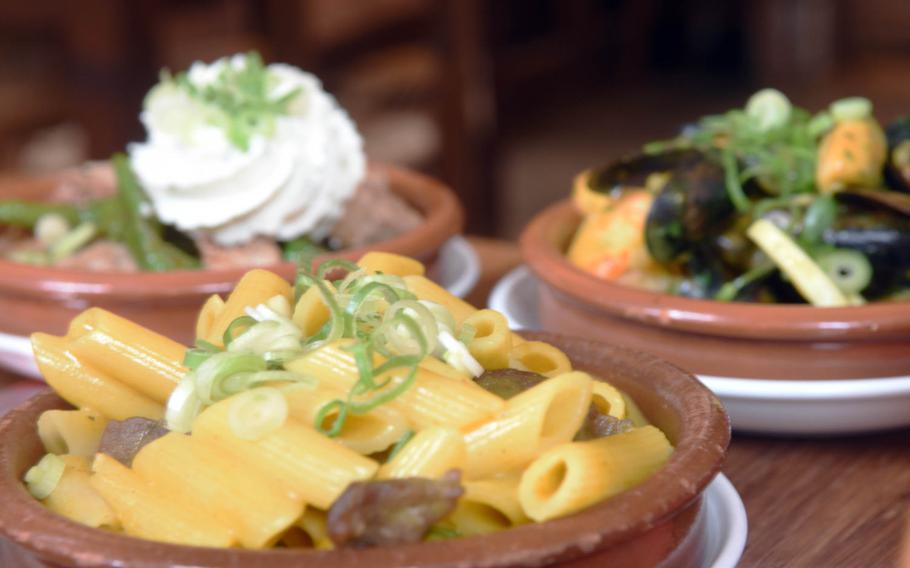 Penne pasta is among the dishes served at Tapasitos. The hip and vibrant restaurant caters to a young clientele. (Martin Egnash/Stars and Stripes) 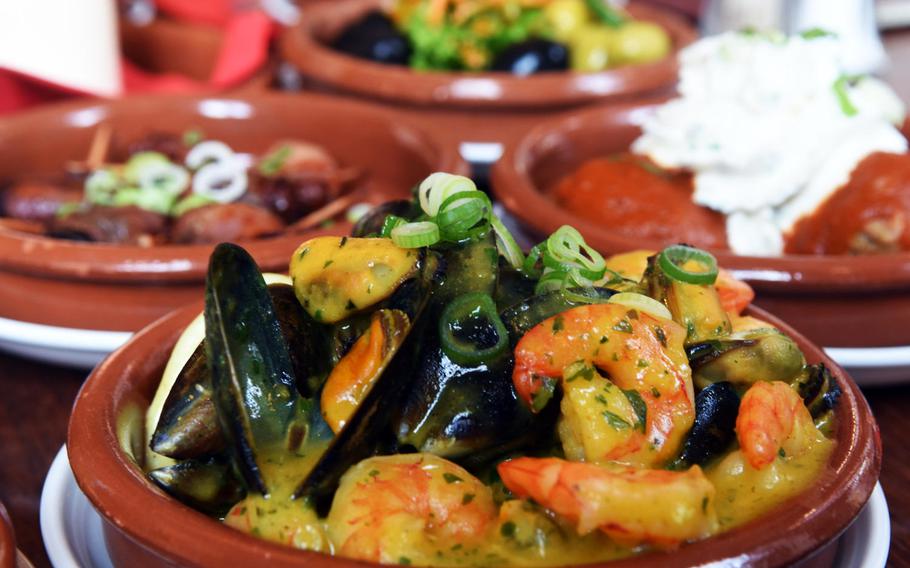 Mixed seafood in Indian curry sauce is one of the dishes available at Tapasitos in Nuremberg, Germany. (Martin Egnash/Stars and Stripes) 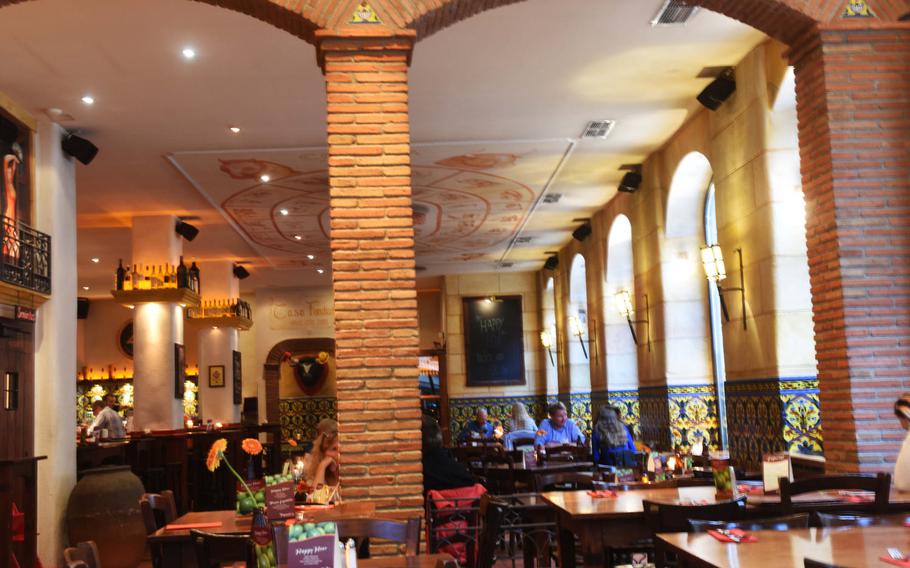 Tapasitos in Nuremberg, Germany, fuses traditional Spanish cuisine with various style of cooking from around the world. (Martin Egnash/Stars and Stripes) 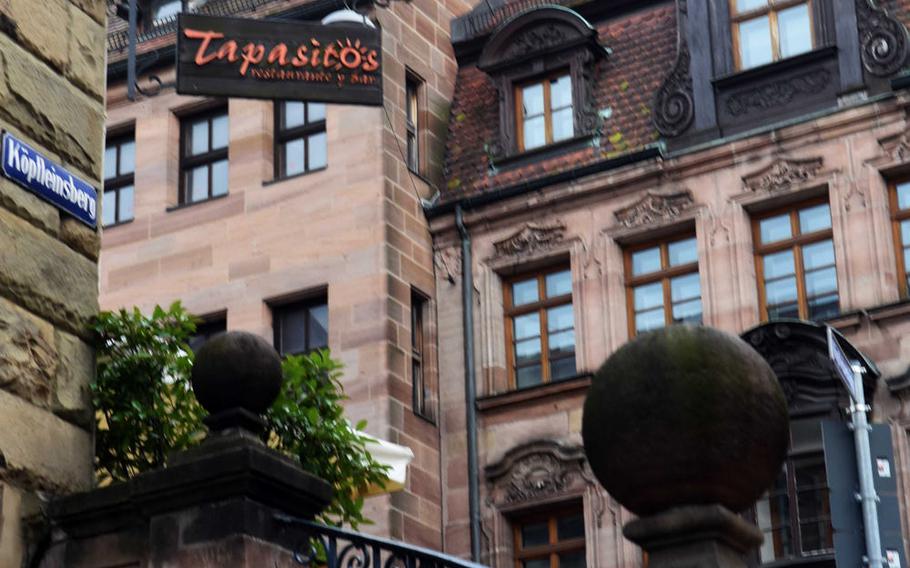 Tapasitos offers a change of pace from the traditional German restaurants in the center of Nuremberg. (Martin Egnash/Stars and Stripes) 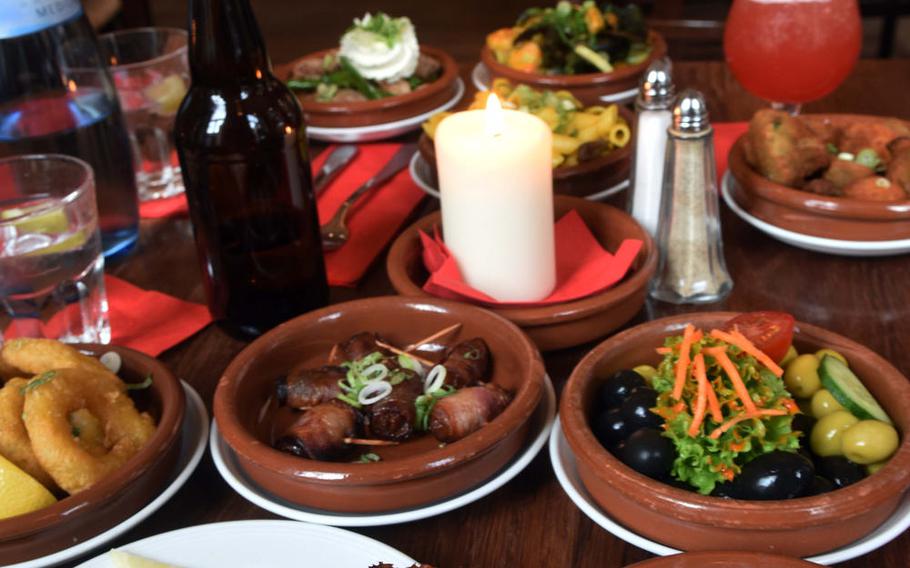 This table setting shows the array of tapas and other dishes available at Tapasitos in Nuremberg, Germany. (Martin Egnash/Stars and Stripes)

Variety is the spice of life. And nowhere in Bavaria is that motto taken to its culinary conclusion better than at Tapasitos in Nuremberg. Tapasitos Restaurante Y Bar is a modern Spanish tapas restaurant that specializes in fusing traditional Spanish cuisine with various styles of cooking from around the world. Located in the heart of historic Nuremberg, right across from the Gothic St. Lorenz Church, Tapasitos is a hip, vibrant restaurant with a young crowd, next door to several traditional German restaurants. It’s the only one on that street with dance music or flamenco coming from it. Most of the menu consists of cheap small plates of wildly different dishes. They recommend getting one or two of these per person if you’re just going there for drinks and an appetizer, three to four if you want a whole meal. The plates range from simple Spanish favorites such as olives, manchego cheese and serrano ham, to complex multicultural infusions, such as mixed seafood with Indian curry, Moroccan-style meatballs with freshly made sour cream, or crispy crumbed chicken breast with honey mustard dip. One of the highlights of the smorgasbord of tapas I ordered was the beef strips with peppers and sour cream. The meat and peppers were very tasty, a pleasant reminder that even in Germany, where it sometimes feels like mustard is as spicy as it gets, food can get hot. The bacon-wrapped dates were another exceptionally well-done plate. A staple of tapas restaurants around the world, they can serve as a gauge for a whole menu. And Tapasitos passes this test with flying colors. There are several larger plates besides tapas. These also come in a wide of variety of styles, from Andalusian sherry wine and honey chicken breast to Italian-style bruschettas. Another refreshing change from what’s widely available in the area is the extensive cocktail menu. Impressive bartenders put on a bit of a show to make a host of different mojitos, margaritas and other favorites. During happy hour, between 5 and 8 p.m. daily, cocktails are half-price. So if you’re looking for a great place to have a drink and to nibble or feast on some tapas, you’d be hard pressed to find a spot better than Tapasitos.egnash.martin@stripes.com