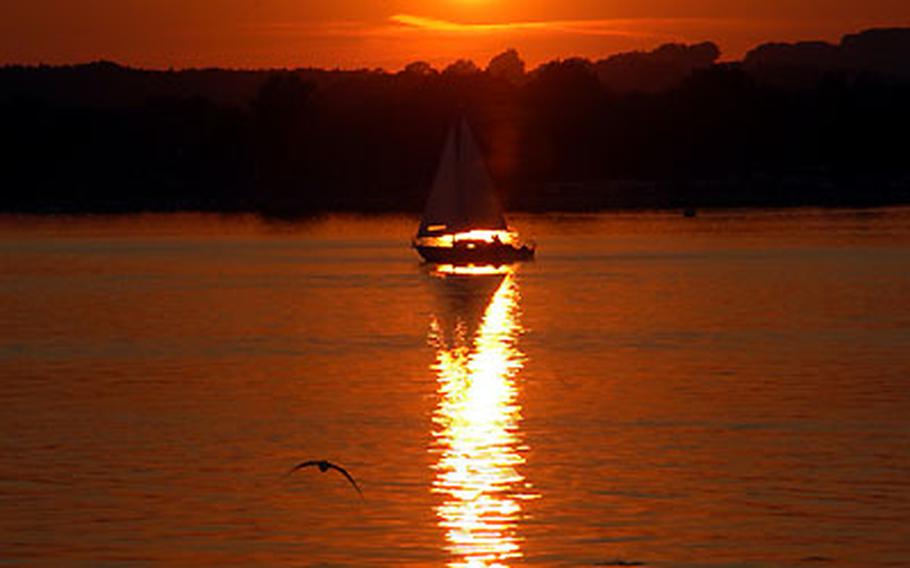 A sailboat heads to its dock as the sun sets on Chiemsee, Germany&#39;s largest lake. AFRC Chiemsee is closing on Sept. 2. (Michael Abrams / S&S)

A sailboat heads to its dock as the sun sets on Chiemsee, Germany&#39;s largest lake. AFRC Chiemsee is closing on Sept. 2. (Michael Abrams / S&S) 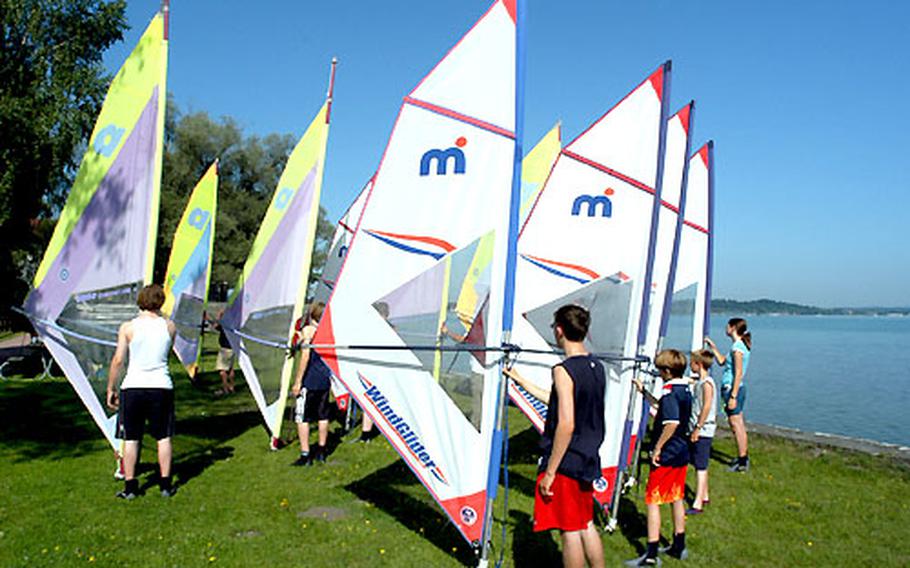 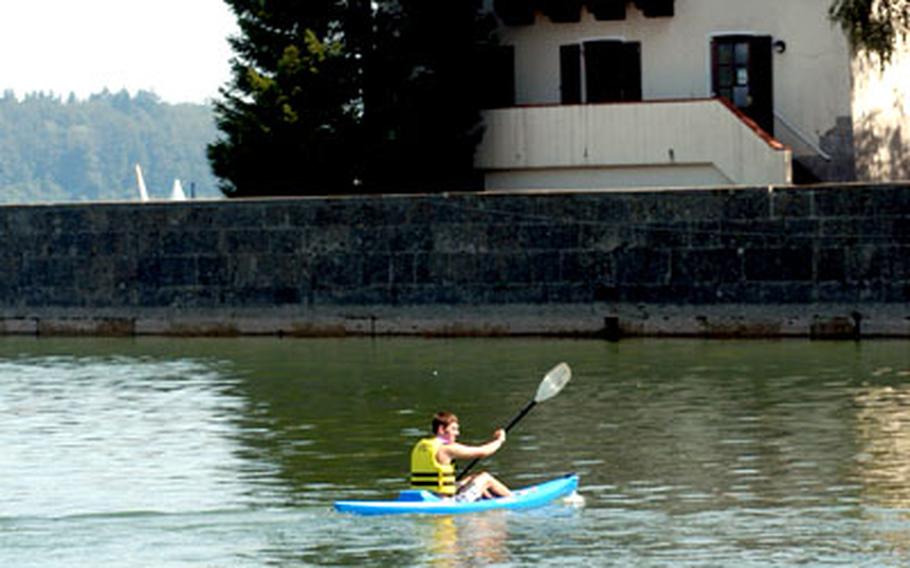 Kayaking on the Chiemsee, with AFRC Chiemsee&#39;s Lake Hotel in the background. (Michael Abrams / S&S) 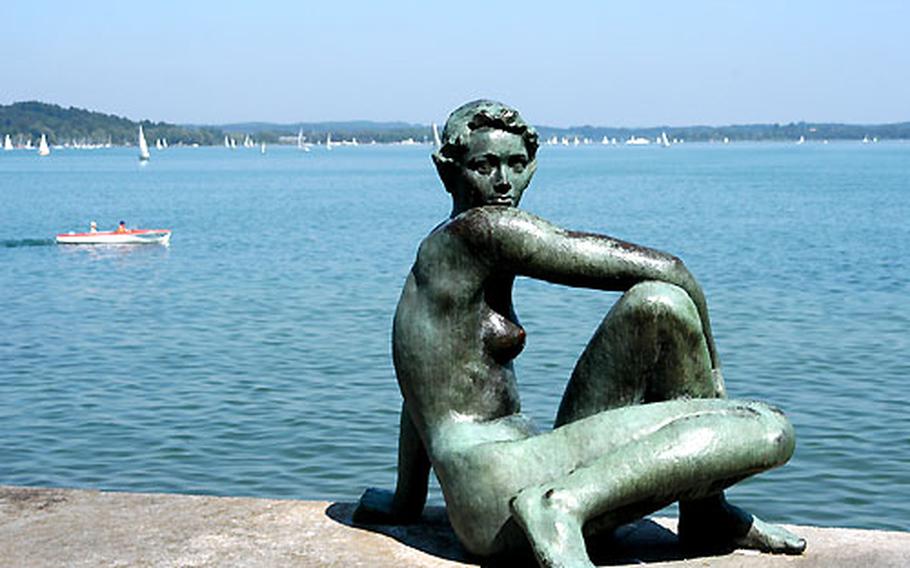 AFRC Chiemsee&#39;s famous bather statue on the terrace of the Lake Hotel. According to legend it is Eva Braun, Hitler&#39;s mistress and in the end, his wife. (Michael Abrams / S&S) 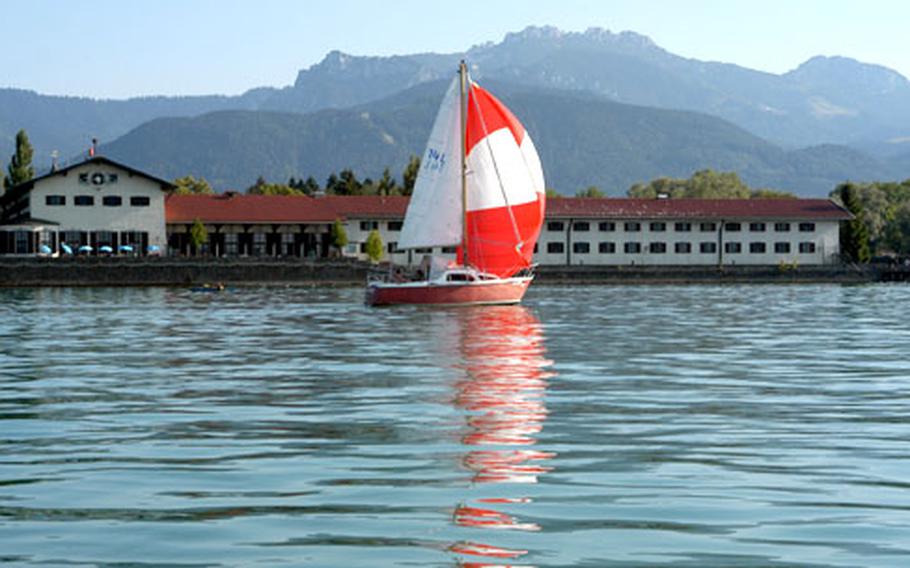 It is a last chance to say goodbye to an old friend. On Sept. 2, following the Labor Day weekend, the Armed Forces Recreation Center resort at Chiemsee, Germany, will close its doors for good.

After well more than a half-century of service and more than 2 million guests, Chiemsee&#8217;s Lake and Park hotels and the campgrounds are going the way of full-service filling stations and the dodo bird.

AFRC Chiemsee was supposed to close in October 2004, when a new 330-room AFRC hotel in Garmisch, Germany, is scheduled to open. But a drop in occupancy rates led AFRC officials to move up the Chiemsee closing to this September and to close the Von Steuben Hotel in Garmisch last April.

So from now until the Chiemsee resort bolts the doors for good, you have one last chance to take advantage of sailing or wind surfing courses on Germany&#8217;s biggest lake, the Chiemsee. One more chance to take an AFRC tour to Berchtesgaden with its famous salt mines and Hitler&#8217;s &#8220;Eagle&#8217;s Nest,&#8221; or the ever-popular &#8220;Sound of Music&#8221; tour to Salzburg, Austria. You have one more chance to take the boat from the AFRC dock to the Herrenchiemsee palace of King Ludwig of Bavaria II.

Until Sept. 2, you can still have your picture taken with &#8220;Eva,&#8221; the statue of a nude bather sitting on the Lake Hotel&#8217;s terrace. According to legend, Eva Braun, Hitler&#8217;s mistress and later his wife, posed for the statue. And you have one final chance to relax on the terrace, sip a margarita and watch the sun set into the lake.

AFRC Chiemsee has shut down once before. In 1994 the hotels and campground closed in a deal that turned the property over to the German government, which in turn was to finance the refurbishing of AFRC Berchtesgaden. When the financing fell through a year later, Berchtesgaden was closed and Chiemsee reopened.

Fans of the lakeside resort probably hope that something like that will happen again, but till such a scenario should occur &#8230; Auf Wiedersehen, AFRC Chiemsee!