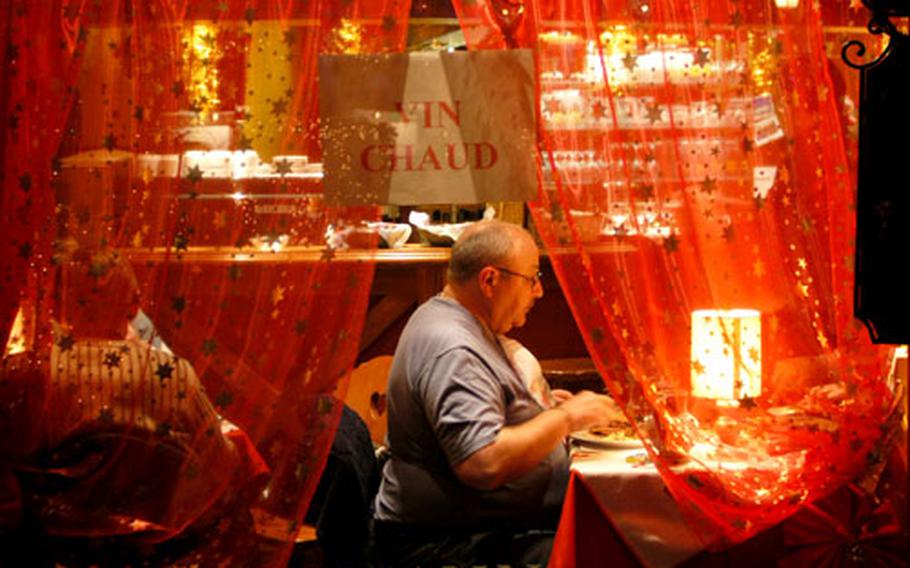 An Alsatian local enjoys dinner in one of the decorated downtown restaurants in Sélestat. The sign indicates that hot wine is served. (Peter Jaeger / S&S)

An Alsatian local enjoys dinner in one of the decorated downtown restaurants in Sélestat. The sign indicates that hot wine is served. (Peter Jaeger / S&S) 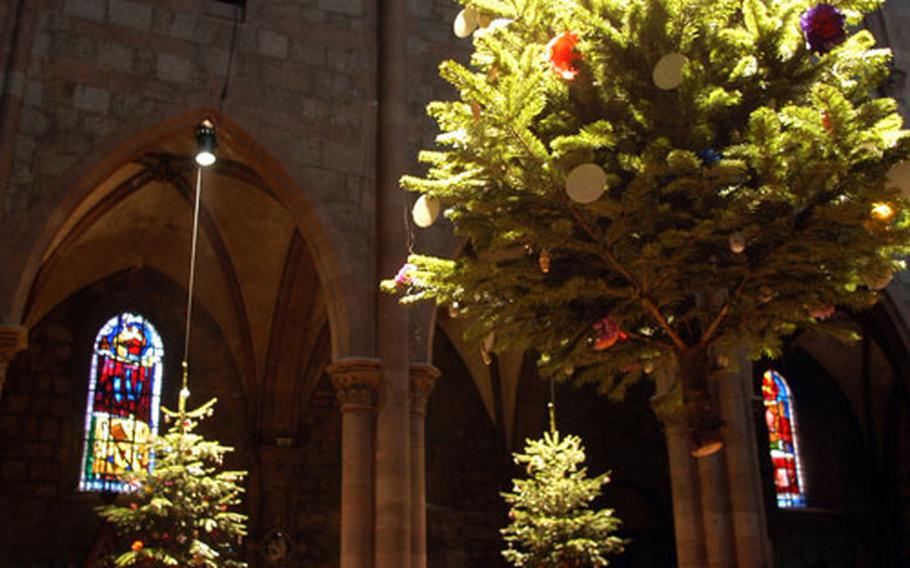 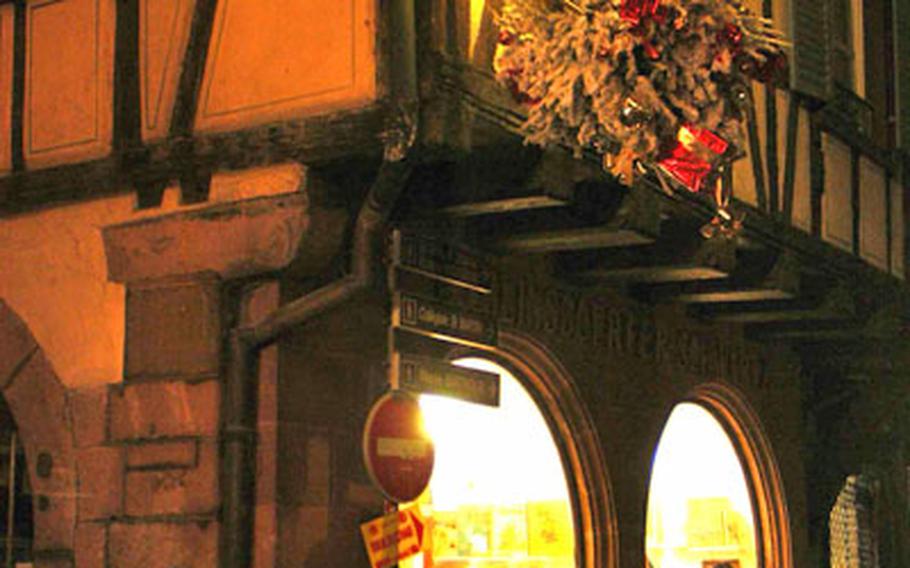 Even the shops are decorated with hanging Christmas trees in Sélestat. (Peter Jaeger / S&S) 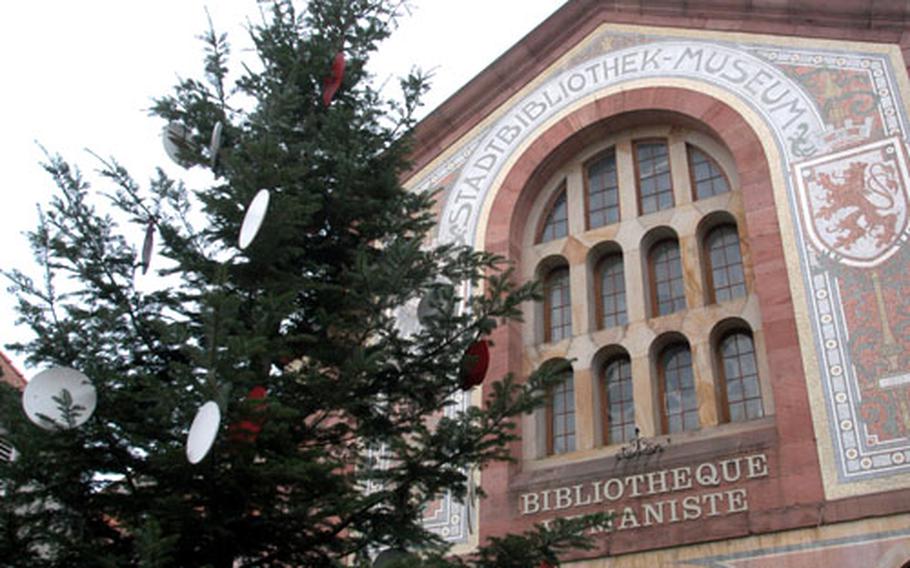 This Christmas tree highlights the humanistic library in the center of Sélestat. (Peter Jaeger / S&S)

During this season, decorated Christmas trees are a common sight around the world. But nowhere do their roots go deeper than in central Europe.

The Romans and other ancient cultures considered the evergreen tree the home of the gods, and consequently a symbol of life. Because life appears to never leave evergreens and the color green symbolized hope as well as fidelity, Romans collected evergreens to bring both into their homes.

As Christianity began to spread, it modified some of the pagan customs, including the use of evergreens. Trees were placed in church chancels and in the squares outside.

During the 16th and 17th centuries, Christmas trees became symbols of Christmas time outside churches as well as inside.

Historical accounts show that in about the middle of the 16th century, small evergreen trees were being sold in Strasbourg, France, and were hung from the ceilings in private homes.

Later, the trees were decorated with red apples. The custom originated in the Middle Ages when the &ldquo;paradise play,&rdquo; showing how sin came into this world, was performed before Nativity re-enactments in churches. At the time, the Christmas tree was called the &ldquo;paradise tree&rdquo; or &ldquo;Adam&rsquo;s tree.&rdquo;

I heard a version on how glass ornaments came into existence during a recent study tour in the Alsace. We were told that one year there was a terrible drought, which resulted in a lack of apples. When it came time to decorate the trees, the apples were replaced by ones made made from thin colored glass. I like this version, and since a historian told it, I tend to believe him.

The castle of Duchess Dorothea Sybille of Silesia, part of what is now Poland, is said to have played host to the first tree lit with candles, in 1611. In the 18th century, Christmas trees became increasingly popular throughout Europe. Still small, they were put on tables along with toys and clothes for the children, cookies and sweets.

Just south of Strasbourg is the town of S&eacute;lestat. It claims the honor of being the first place in central Europe to decorate Christmas trees. According to the Alsace tourism office, the claim is based on an entry in the municipal records of Dec. 21, 1521, to purchase a &ldquo;festive tree&rdquo; to be decorated as a sign of worship &ldquo;to the eternal renewal of Nature&rdquo; &mdash; a tradition that developed into today&rsquo;s Christmas tree.

As a result, each year in December the town hosts a series of events tied to the tree&rsquo;s history and Christmas traditions. One of them is a trail of trees through the old town. The trees are erected at historic sites and decorated in different styles, beginning with the end of the 15th century through the end of the 19th century.

At each site there is a small Christmas market, exhibition or religious display. The activities continue through Saturday.