Runkel Castle: A history of hostilities 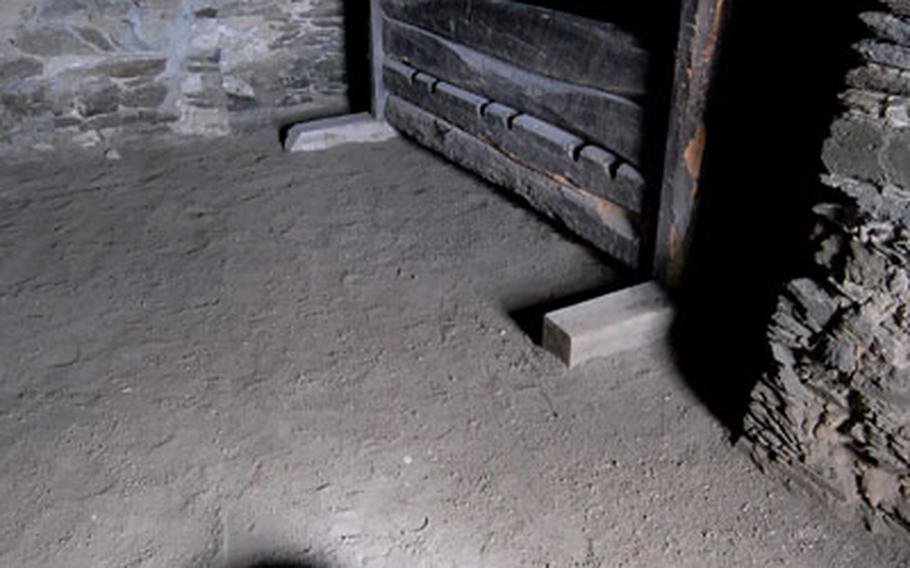 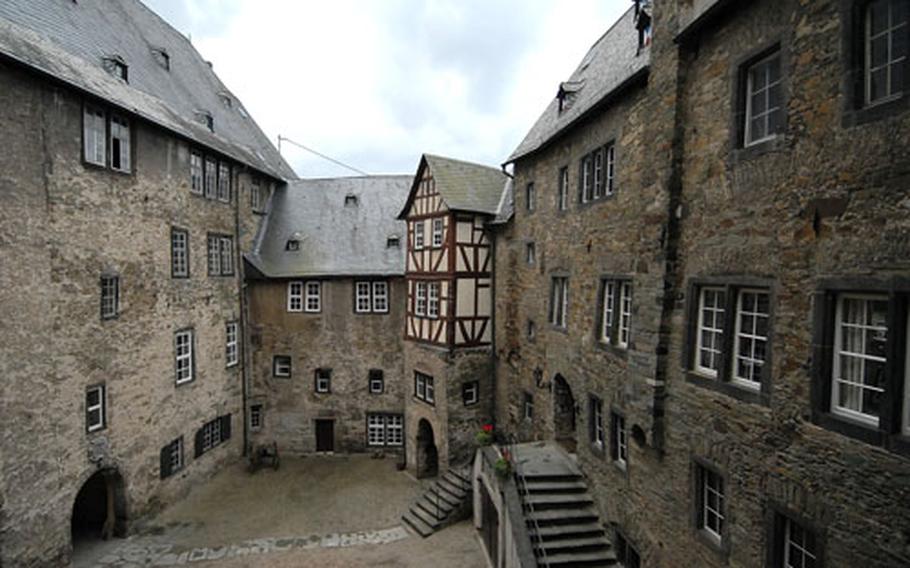 The inner courtyard of Runkel Castle. The castle well is under the half-timbered house. At left is the central block of the castle with the gateway to the outer courtyard, and at right are the main living quarters which now house most of the museum. (Michael Abrams / S&S) 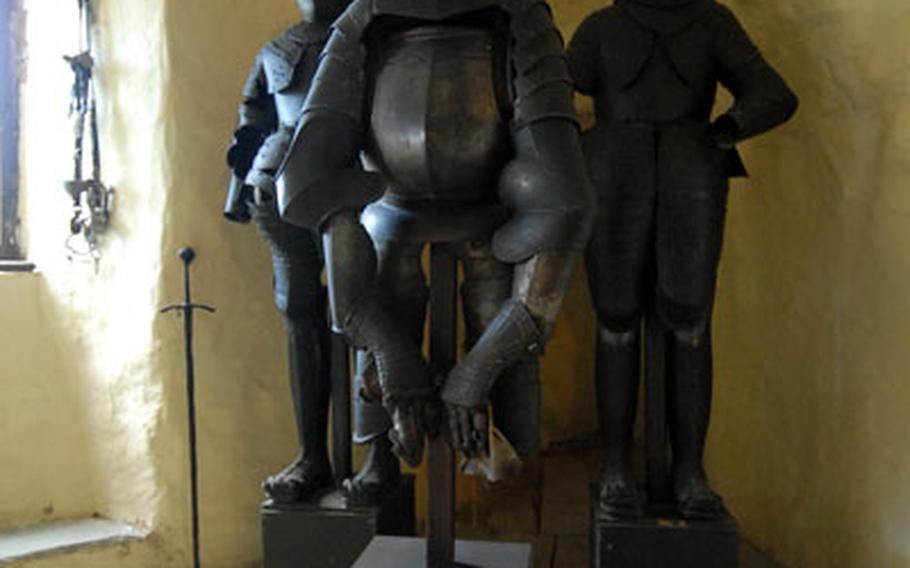 Suits of armor on display in the small museum at Runkel Castle. (Michael Abrams / S&S) 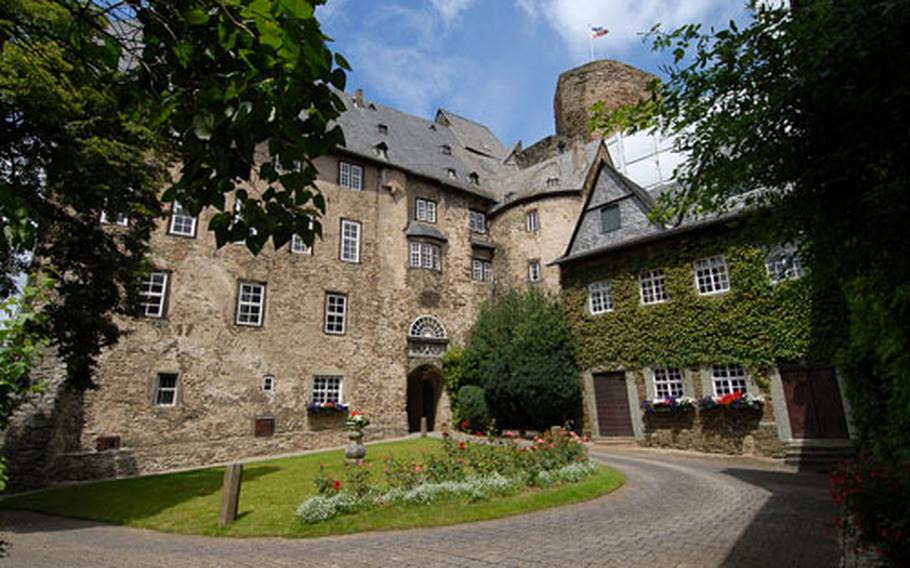 Runkel Castle&#39;s outer courtyard, with the center block and gate to the inner courtyard at center, and the castle keep towering above. (Michael Abrams / S&S) 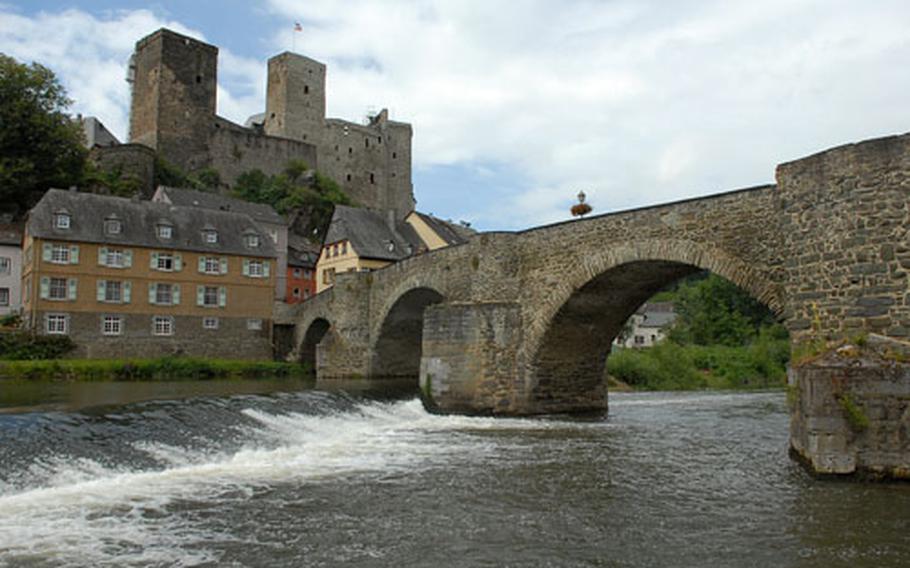 The Lahn River flows under the 15th-century stone bridge with Runkel Castle towering over the village of Runkel. (Michael Abrams / S&S)

While it was built to guard the river crossing, the castle&rsquo;s more- than-800-year history has had as much to do with family quarrels as foreign invaders.

Although it is probably older, the first mention of the castle is in 1159. Less than 100 years later, in a family squabble, Siegfried von Runkel forced Heinrich von Runkel from the castle. Heinrich, in turn, built Schadeck Castle across the river from Runkel, and the rift split the Runkel-Westerburg lineage.

The building of the bridge began in 1440, but because of hostility between the two families, it took eight years to finish.

In a 1622 dispute about the family inheritance, Philipp Ludwig sent his older brother Hermann II packing.

If family squabbling was not enough, the castle and town was destroyed by Croatian troops during the 30 Years War in 1634.

Instead of rebuilding the main castle, living and working quarters and stables were built around two courtyards.

By 1706, the Runkel and Westerburg families were feuding again, and Count Maximilian Heinrich was shot and killed in a duel with his cousin, Count Hermann von Leiningen-Westerburg.

Since then, the castle and town have been occupied by troops from Hannover, Saxony, royal France and the army of Napoleon.

In 1824, when the last of the counts of Runkel-Wied died, the castle passed to the Wied-Neuwied line, who own it today.

With its history, one wouldn&rsquo;t think there would be much left of the castle to see. But there is, and it is still worth the visit.

After paying for admission, visitors pass through the outer gate, which once had a drawbridge protecting it. Now in the outer courtyard, you can see the buildings built after the 30 Years War. They are private and cannot be visited.

The next gate &mdash; to the inner courtyard &mdash; passes through the castle&rsquo;s center block, and under an angel holding the coat-of-arms of the houses of Wied-Runkel and Eberstein-Naugard.

The castle museum starts in the center block, in rooms once used to make wine. It includes a model of the castle as it once looked.

The inner courtyard is lined with rooms formerly used by the blacksmith and coach builder. The castle well is under the skinny half-timbered building, and could be reached from above without going outside.

A staircase leads up to the former living quarters, where castle artifacts are on display, and then on to the ruins of the castle. Among the exhibits are furniture, weapons, armor and informational displays (in German). One exhibit is of items that belonged to Maximilian Heinrich, including his armor with a bullet hole in it.

Arrows direct you through the castle&rsquo;s rooms to the torture chamber. Once used during 17th-century witch hunts, its dirt floor is empty except for wooden stocks and stone with a ring through it where prisoners once were chained.

From the castle&rsquo;s roof there is a view of the old stone bridge. Finally, stone and wood stairs lead through the castle keep to a platform at its pinnacle.

The view from here of the Lahn River valley makes it clear why, once upon a time, the counts of Runkel built their castle here.

Know and go ...&bull; Getting there: Runkel Castle is in the town of the same name in central Germany. Exit Autobahn 3 at Limburg and take B49 east toward Weilburg. After leaving B49, follow signs to Runkel; it is about four miles from A3 to Runkel. There are also trains and buses from Limburg to the town.

&bull; Hours: The castle is open 10 a.m. to 5 p.m. Tuesday through Sunday, from Good Friday until the end of October.

&bull; Admission: 3 euros for adults and 2 euros for children up to 14.

&bull; Information: Visit the castle&rsquo;s Web site at www.burg-runkel.de, and click on the English version.