Rastatt: Baroque gem built as a little getaway from pressures of royal life in big palace 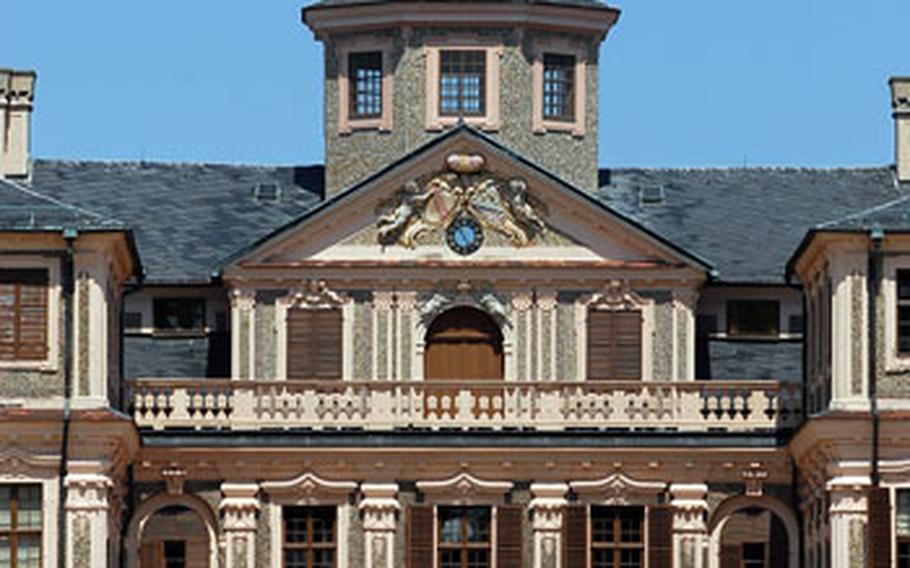 Schloss Favorite, on the outskirts of Rastatt, Germany, is a baroque palace built in the early 18th century by Margravine Sybilla Augusta following the death of her husband, Ludwig of Baden. (Michael Abrams / S&S)

Schloss Favorite, on the outskirts of Rastatt, Germany, is a baroque palace built in the early 18th century by Margravine Sybilla Augusta following the death of her husband, Ludwig of Baden. (Michael Abrams / S&S) 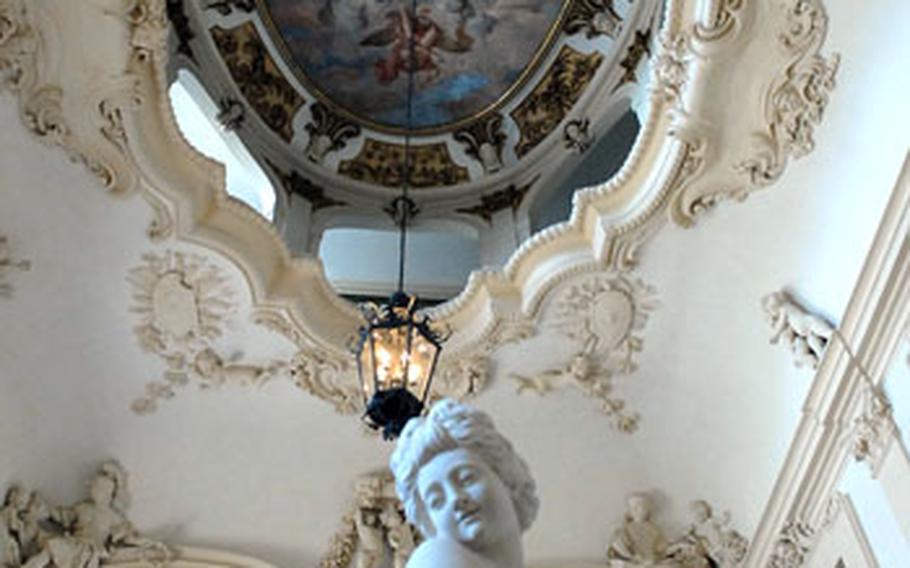 The baroque palace in Rastatt features ornately decorated ceilings, but most of the original furnishing has been lost. (Michael Abrams / S&S) 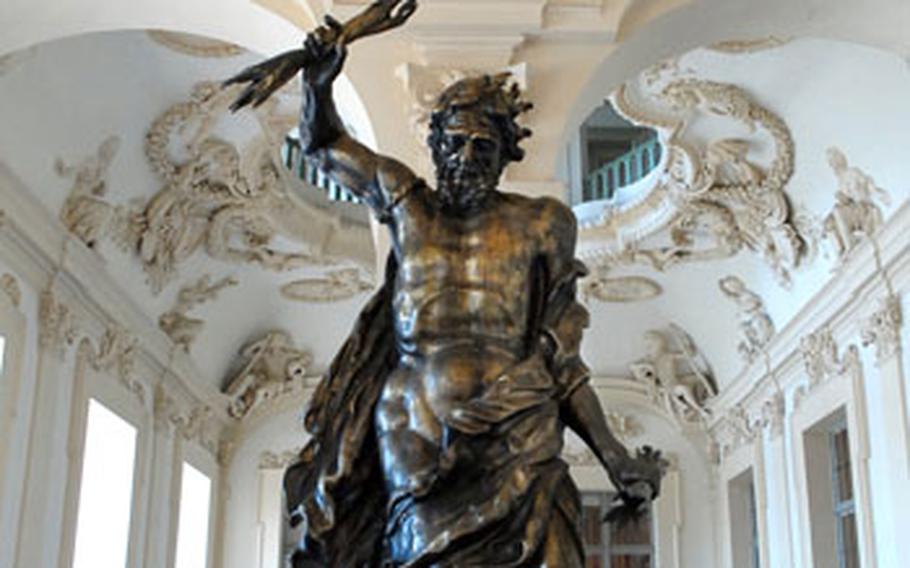 The original statue of Jupiter, sometimes called the Golden Man of Rastatt, and the city&#39;s symbol, stands inside Rastatt Palace. A copy of the statue tops the building. (Michael Abrams / S&S) 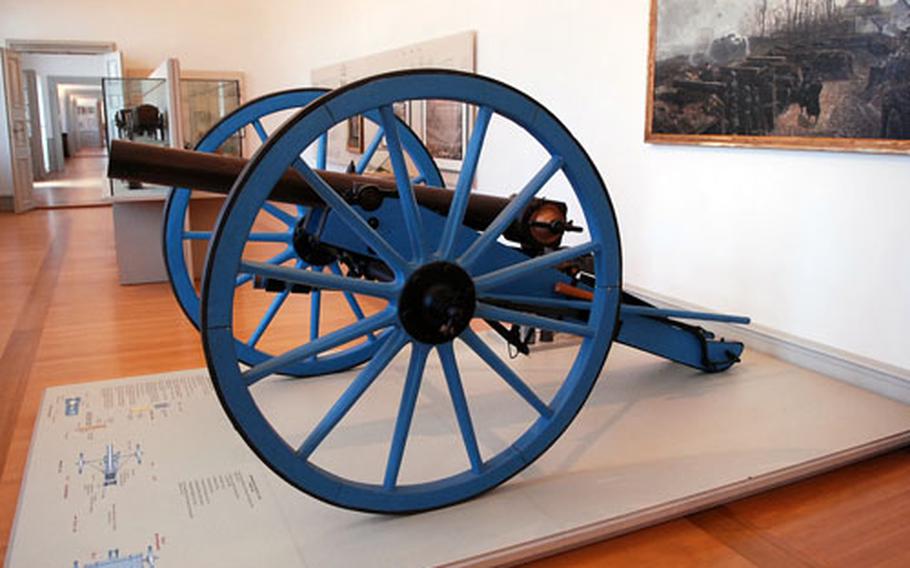 This Prussian cannon from 1867, on display in the military museum at Rastatt Palace, was a mainstay of the German field artillery in the 1870s. (Michael Abrams / S&S) 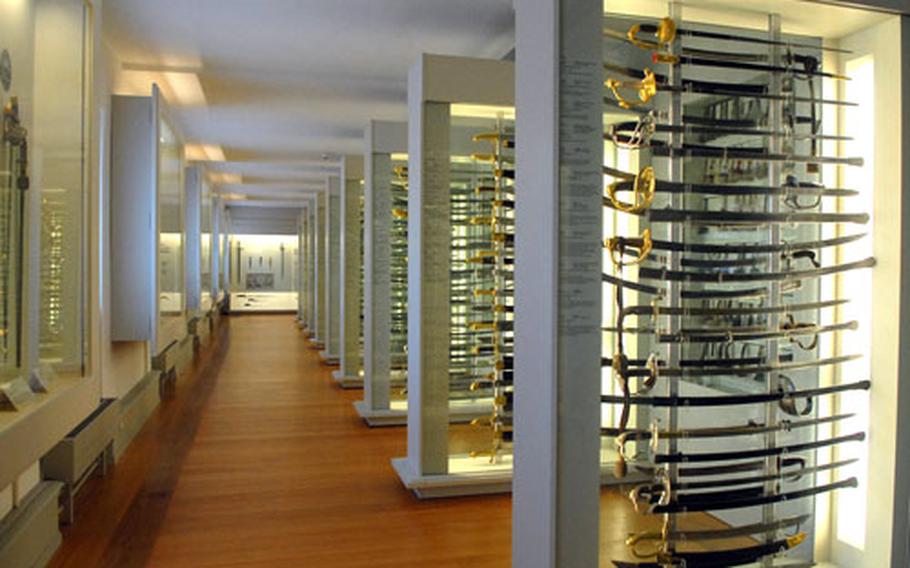 If you are interested in swords, this room in the military museum in Rastatt Palace, will hold your interest. (Michael Abrams / S&S)

When the French burned down his palace in Baden-Baden, there was nothing for Margrave Ludwig Wilhelm to do but build a new one.

But first he went out and fought the Ottoman Turks, earning the nickname "T&uuml;rkenlouis," and married a 15-year-old princess. Then, when peace finally came &mdash; at least for a while &mdash; he built himself a new palace in Rastatt, Germany.

Being a victorious military leader improved his social standing, and his marriage to Princess Sibylla Augusta of Sachsen-Lauenburg helped his pocketbook.

The palace, also known as the Barockresidenz, started as a hunting lodge in 1697. But three years later, Ludwig Wilhelm of Baden had it torn down and had a bigger, more representative palace built.

The margrave and his family moved into the palace in 1705, but he didn&rsquo;t have much time to enjoy it. He died in 1707, when the building and furnishings were mostly finished.

His son succeeded him, but because he was too young to rule, the job fell upon Sibylla Augusta.

The margravine had her own apartments constructed in the palace, but to get away from pressures of governing, she also built herself a small summer palace nearby, Schloss Favorite.

Unfortunately, the male line of succession ended, and the palace fell to another branch of the house of Baden. They didn&rsquo;t need it, so fortunately for us, the palace remained unused &mdash; except when it was briefly a military headquarters &mdash; and unchanged for decades.

After major restoration in the 1960s, it was opened to the public.

The main building, the Corps de Logis, is a long, baroque building, topped by a gold statue of Jupiter. Wings on each end house the Military History Museum and the Freedom Museum. Inside, a staircase leads to the Ancestral Hall, named for the portraits of the royal forebears hanging here.

At the top of the stairs stands the original statue of Jupiter. The hall is a wonderfully ornate room with an unusual feature: statues of captured Turkish prisoners top the columns that ring the room.

To the left and right of the hall are the apartments of the margrave and the margravine, respectively. They are similar, with an antechamber leading into the reception hall, then to the bedroom. Behind the bedroom are small chambers used for private meetings. In one of these, the treaty ending the War of Spanish Succession was signed in 1714.

The ceilings are ornately decorated, but most of the original furnishing has been lost.

Anyone interested in warfare from the 17th century on will want to visit the Military History Museum with its collection of weapons and uniforms.

Schloss Favorite is in the middle of an expansive park on the outskirts of Rastatt. A small, baroque gem, like Rastatt, adorned with stucco marble and fresco ceilings, its main architectural attraction is the tall central hall that is topped by a domed tower. Sibylla Augusta&rsquo;s collection of fine Asian and European china is a highlight of a tour of the building.

The lush English garden that now surrounds Favorite was once laid out in baroque style, and the Hermitage, an octagon-shaped building nearby, was used by Sibylla Augusta as a spiritual retreat.

Know and go ...Directions: Rastatt is in southwest Germany, just off Autobahn A5 between Karlsruhe and Baden-Baden. Follow signs to the Stadtmitte (city center) and Barockresidenz for the palace. Schloss Favorite is in the suburb of F&ouml;rch. From the city center follow signs toward RTV Stadion until you pick up signs to Favorite.

Times: Rastatt Palace is open 10 a.m. to 5 p.m. Tuesday to Sunday from April 1 to Oct. 31; it closes an hour earlier from Nov. 1 to March 31. The Military Museum stays open a half-hour longer. Schloss Favorite is open 10 a.m. to 6 p.m. on the same days from March 16 to Sept. 30, and closes an hour earlier from Oct. 1 to Nov. 15. It is closed in the winter. Both palaces can be seen only on guided tours, in German, that start on the hour.

Food: There is a cafe next to the ticket office at Rastatt Palace. Lehner&rsquo;s Wirtshaus, on the edge of the palace gardens, has decent food at decent prices, and there are plenty of restaurants downtown. There is a cafe on the grounds at Schloss Favorite.