Quick Trips: Where the wild things are in Germany 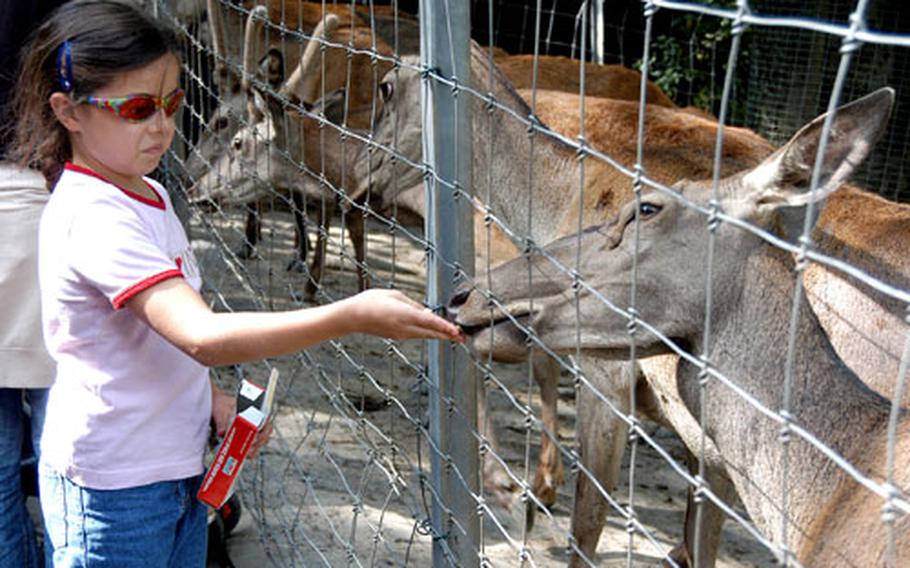 A young visitor to the Opel Zoo feeds a deer with food that can be bought at the zoo. The Kronberg, Germany, zoo features more than 1,000 animals of 200 different species. (Michael Abrams / S&S)

A young visitor to the Opel Zoo feeds a deer with food that can be bought at the zoo. The Kronberg, Germany, zoo features more than 1,000 animals of 200 different species. (Michael Abrams / S&S) 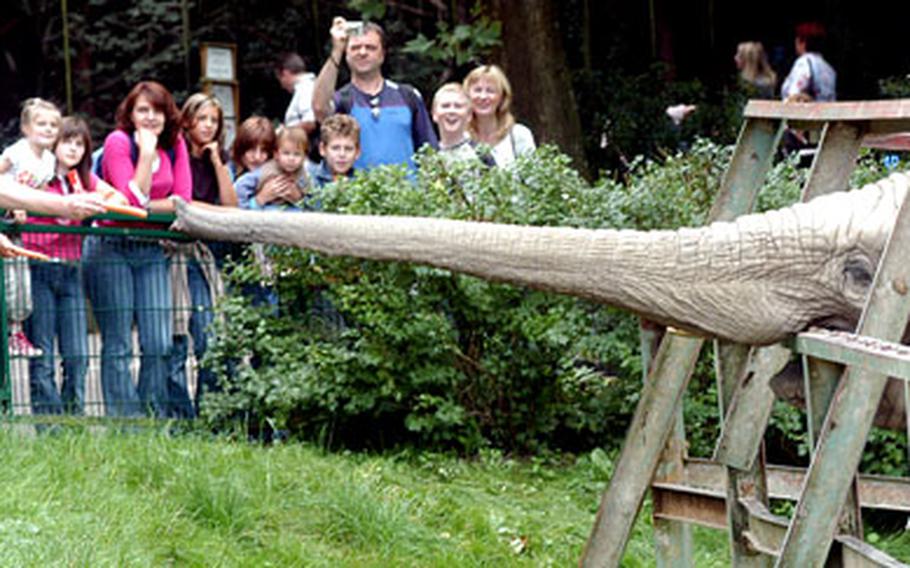 An elephant does its best to secure a tasty carrot at the Opel Zoo in Krönberg, Germany. (Michael Abrams / S&S) 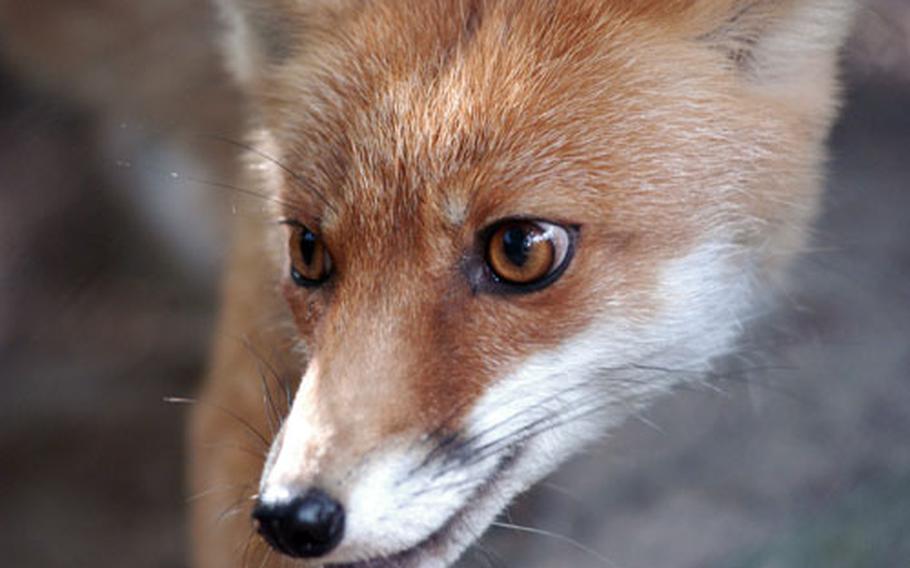 A gibbon hangs around, checking out visitors. (Michael Abrams / S&S)

The Opel Zoo in Kronberg, Germany, has nothing to do with automobiles. There are no cars here. It is a real zoo, with animals, fish and fowl, that just happens to be founded &#8212; and funded &#8212; by the family of the German carmaker.

Follow the signs marked &#8220;Rundgang&#8221; for a walk around the zoo, past the deer, elephants, raccoons, monkeys, zebras, giraffes, lynxes, moose, owls, wallabies, foxes, guanacos and much more.

There are no lions, tigers or bears, but you can be almost nose-to-nose with a hippopotamus, albeit with a cage separating you. But when the behemoth surfaces from the depths of its pool, and looks you in the eye, you&#8217;ll be glad the cage was there.

Although the animals are fenced in, many of the enclosures also have Plexiglas windows for an unimpeded view.

One of the big treats, especially for the kids, is feeding the animals. Carrots are available to feed the bigger animals &#8212; the elephants love them &#8212; and there is dry feed for smaller ones at vending machines throughout the park. Just beware of the &#8220;Do not feed&#8221; signs at some cages.

Another children&#8217;s favorite is the petting zoo. Visitors can go inside the fence and pet the animals, mostly the types found on a farm: sheep, goats, donkeys and cows. They are not shy at all, and are always looking for a handout.

The kids can also ride ponies and camels. And after all that, if they still have energy, there are playgrounds they can horse around on.

On the QTDIRECTIONS: The Opel Zoo is on highway B455 between Kronberg and K&#246;nigstein, Germany. It is well marked with signs pointing the way.

FOOD: There is a restaurant near the entrance, and a kebab stand near the gibbon cage where you can watch the animals romp around while you eat. There are a few kiosks scattered through the zoo, and plenty of picnic tables if you want to take your own food.