Quick Trips: Kaiserslautern has much to offer 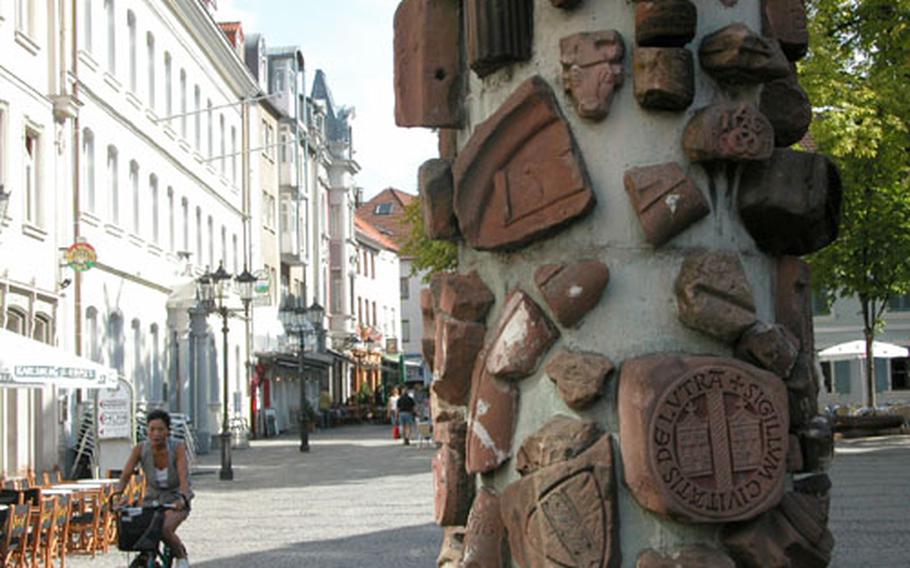 The Spoils Column (die Spoilensaule) in downtown Kaiserslautern is made of up of fragments of old buildings that were destroyed through the centuries. (Charlie Coon / S&S)

The Spoils Column (die Spoilensaule) in downtown Kaiserslautern is made of up of fragments of old buildings that were destroyed through the centuries. (Charlie Coon / S&S) 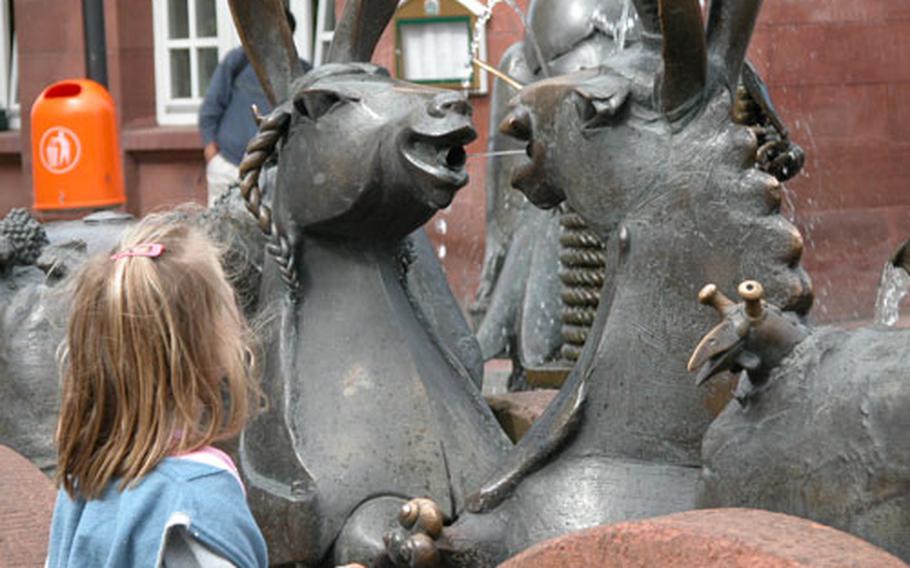 The wise old owl is one of 18 historic symbols featured at the Emporer&#39;s Fountain at Mainz Gate in downtown Kaiserslautern, Germany. (Charlie Coon / S&S) The War Memorial to the Fallen 23rd (das Kriegerdenkmal) stands beside Corn Hall and honors the nearly 4,000 soldiers of the regiment who died during World War I. (Charlie Coon / S&S)

Millions of New Yorkers probably haven&#8217;t been to the top of the Empire State Building.

Are you one of the 38,000 Americans living in Kaiserslautern who hasn&#8217;t seen the Spoils Column?

The city&#8217;s tourist office has put out a brochure that tells visitors how to take a walking tour of downtown K-town. The tour has 22 attractions, starting at City Hall and ending at a very cool fountain called the Kaiserbrunnen (Emporer&#8217;s Fountain).

In between are some ancient ruins, some neat statues, old buildings and churches. Yes, there is even the Spoils Column, one of those things nobody notices until it&#8217;s pointed out for them. (FYI: It&#8217;s a column in the middle of the pedestrian mall made of remnants of destroyed buildings.)

The tour is not guided. Interested people can just pick up a 3-euro brochure with map at the tourist information office at City Hall, then set out on their own. The tour meanders through the popular outdoor mall at Marktstrasse and Steinstrasse.

Two of the better restaurants are Spinnr&#228;dl for German chow and Firenze for Italian. But there are dozens of choices for anything from quick bites to full-course meals.

Don&#8217;t bother making the first stop on the tour &#8212; the restaurant on the 21st floor. As of the last week in August, the restaurant was under construction, and the laborers might look at you funny when you step off the elevator into worksite. (The restaurant looks like it will be nice when it&#8217;s finished. And the view is pretty good.)

The next stop contains genuine ruins &#8212; the remains of the Imperial Palace that date to the 12th century.

Other attractions include:&#8226; The Theodore Zink Museum, dedicated to the history and folklore of the region.&#8226; Several fine old houses with architectural highlights that are detailed in the brochure.&#8226; Old churches, including some that have sections dating to the 16th century.

Regular visitors to downtown might not have seen the Emporer&#8217;s Fountain. It&#8217;s a few blocks away from the pedestrian mall and worth checking out. The kids will like watching the water squirt from the elephants, owls, donkeys and other animals.

Downtown Kaiserslautern &#8212; hey, it ain&#8217;t Paris. But K-town residents can learn another side of their host city (and uncover some pretty neat stuff) by taking the walking tour.

It might also make future ventures into the city a little more meaningful.

&#8226;Directions: Take Highway B-40 into downtown Kaiserslautern and follow the signs directing to Stadtmitte and the Aldstadt parking area. You can park there for a fee or hunt around for a spot.&#8226; Trips: A brochure called &#8220;City Guide &#8212; Follow the Emporer&#8217;s Footsteps&#8221; can be purchased for 3 euro at the tourist office on the ground floor of City Hall and at other tourist offices and some bookstores in the area. City Hall is the 24-story white building in Stadtmitte. It&#8217;s the tallest building in town and hard to miss.&#8226; Food: Look around &#8212; there are restaurants all over in downtown.&#8226; More information:Phone: 0631-3652316/2317.On the Web: www.kaiserslautern.de.E-mail: touristinformation@kaiserslautern.de.