Powerful depictions of WWII art on display at Tokyo museum 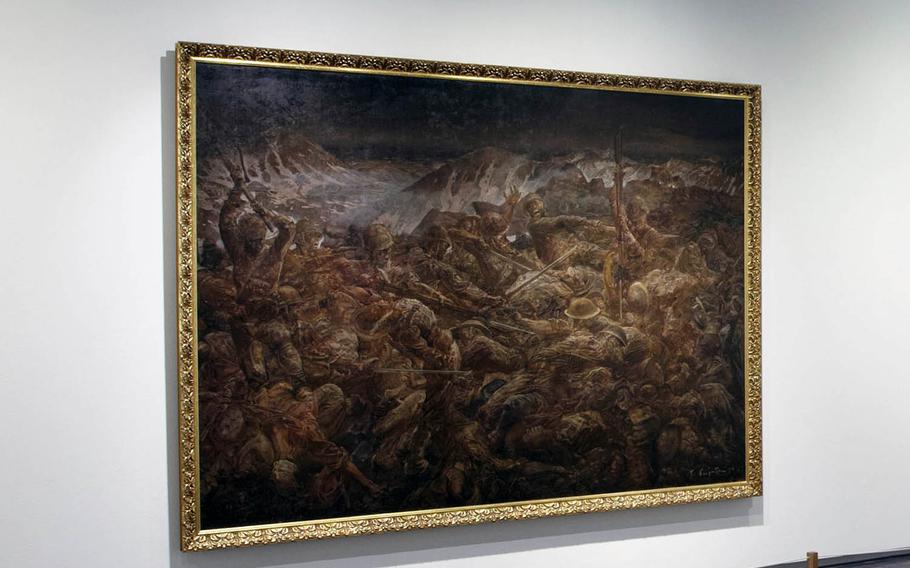 Final Fighting on Attu (1943) depicts the last stand of Japanese troops against U.S. Army soldiers on Attu Island in the Pacific. (Ohmura Masayuki/Courtesy of the National Museum of Modern Art, Tokyo)

Final Fighting on Attu (1943) depicts the last stand of Japanese troops against U.S. Army soldiers on Attu Island in the Pacific. (Ohmura Masayuki/Courtesy of the National Museum of Modern Art, Tokyo) 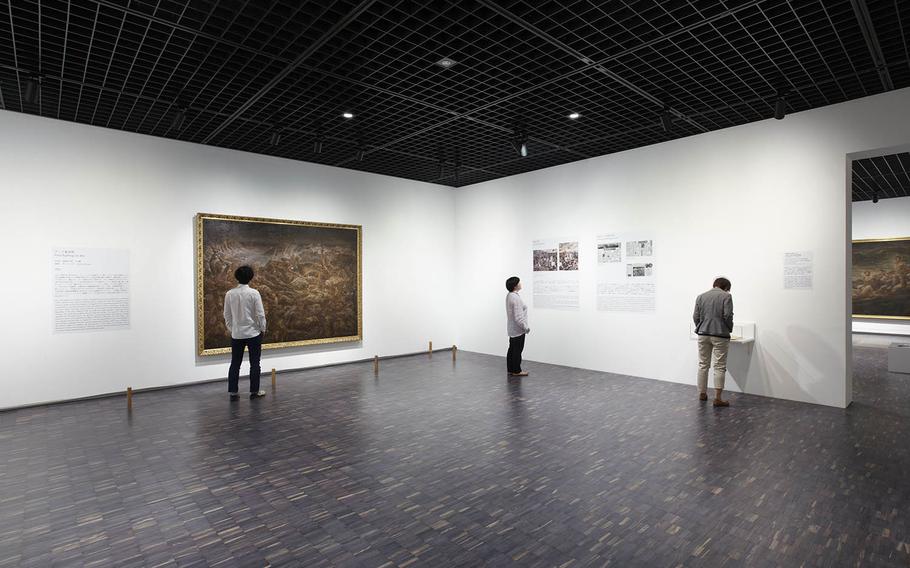 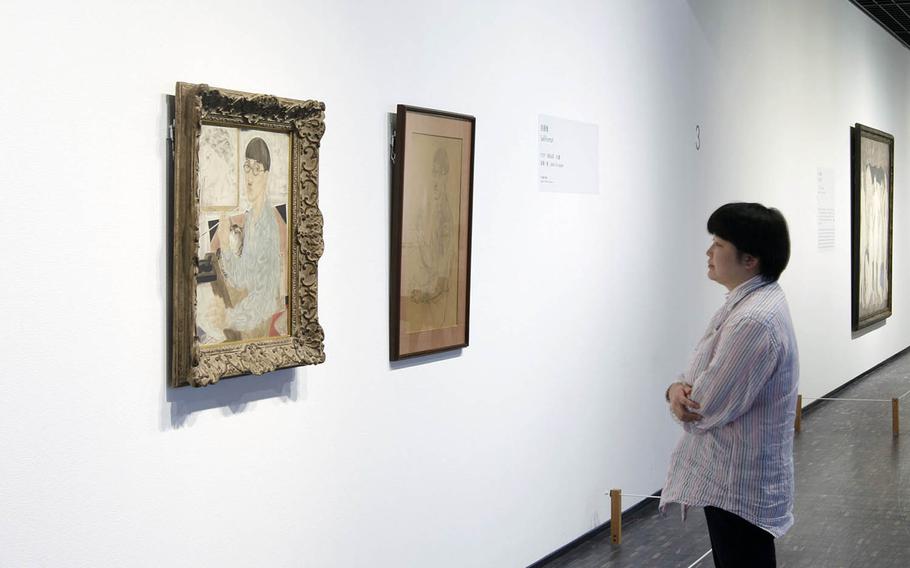 Japanese artist Tsuguharu Foujita is best known for his Parisian nudes and paintings of anthropomorphic cats.

But there is a darker side to the bespectacled, mustached, bowl-haircutted Foujita, who found fame in Europe as an artist during the roaring 1920s and ’30s before returning to his homeland.

At the outbreak of World War II, he was commissioned by the Japanese Imperial Army and Navy as an official war artist. His paintings were used as part of multimedia propaganda campaigns by the government to drum up support for the war effort.

Fourteen of Foujita’s wartime works are on display this month alongside art from his Paris days at the National Museum of Modern Art, Tokyo.

Foreigners who go to the exhibit — timed to coincide with the 70th anniversary of the end of World War II and the release of “Foujita,” a Japanese film about the artist — might be shocked by some of the paintings, which show muscular Japanese troops destroying Russian tanks, burning Chinese cities, bayonetting British soldiers in Singapore and beheading a U.S. servicemember in the Philippines.

One piece shows torpedoes streaking across Pearl Harbor as a ship explodes on Battleship Row. Another, painted near the end of the war, shows Japanese soldiers and civilians committing suicide by shooting themselves or jumping off cliffs as U.S. forces close in on them on Saipan.

The subject matter is disturbing, but those who, like Foujita, have studied the work of great European painters such as Leonardo da Vinci, Michelangelo and Raffaello will see some obvious similarities.

Mika Kuraya, curator of the museum’s Department of Fine Arts, said the paintings on exhibit have been shown before, but this is the first time all 14 of Foujita’s surviving wartime works have been displayed together.

Foujita’s involvement in the war effort meant a summons to the Allies’ General Headquarters after Japan’s surrender.

“There were worries that he was going to be held responsible for war crimes,” Kuraya said.

However, the occupiers were only seeking his cooperation as they rounded up other war paintings. The Allies chose not to punish the Japanese artists who produced them, she said.

Foujita’s works are part of a collection of more than 150 war paintings that were sent to the U.S., where they were kept until 1970, when diplomatic negotiations saw them returned to Japan on indefinite loan and stored at the museum.

DIRECTIONS The National Museum of Modern Art, Tokyo is a short walk from Takebashi Station, across the road from the Mainichi Shimbun newspaper.

TIMES The special exhibit runs until Dec. 13 from 10 a.m. to 5 p.m. Tuesday to Thursday; open until 8 p.m. on Friday. Admission up until 30 minutes before closing.