Nuremberg: Tucherland park is a paradise for kids 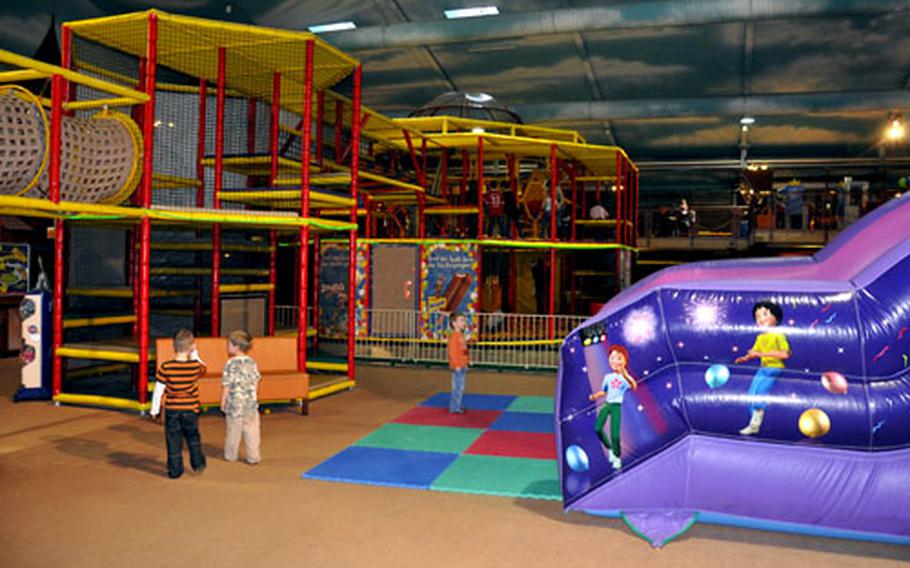 The inside portion of the Tucherland play park in Nuremberg, Germany, covers nearly an acre and is filled with inflatable slides, climbing towers, bouncing castles, trampolines, a climbing wall and more. (Dan Blottenberger / S&S)

The inside portion of the Tucherland play park in Nuremberg, Germany, covers nearly an acre and is filled with inflatable slides, climbing towers, bouncing castles, trampolines, a climbing wall and more. (Dan Blottenberger / S&S) 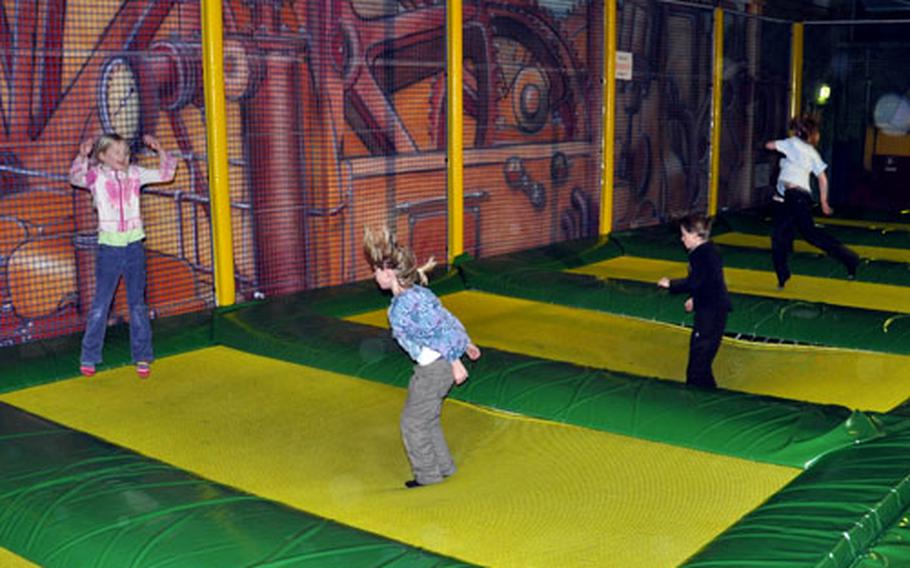 The park’s five trampolines got so crowded during a recent visit that a light was turned on to tell jumpers to rotate in and out — though many of the children “missed” the signal. (Dan Blottenberger / S&S) 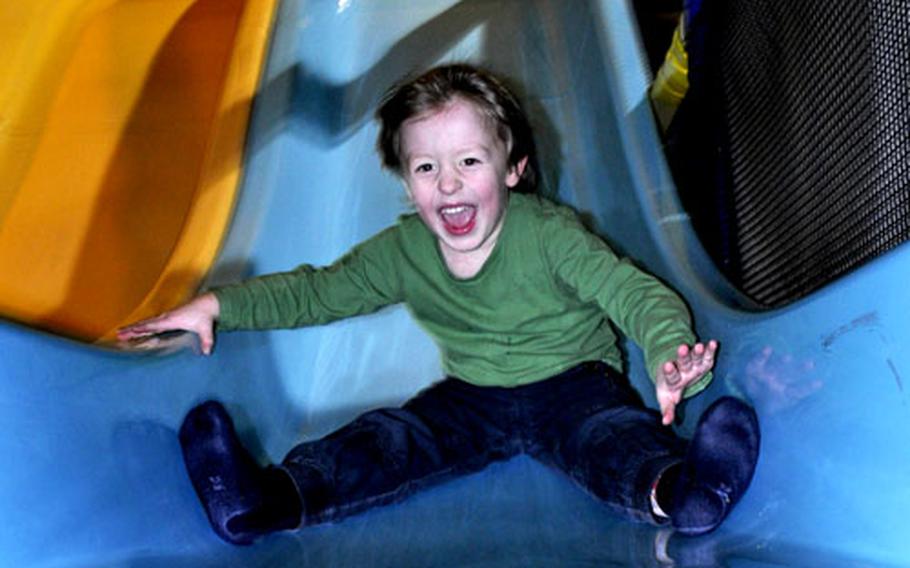 Four-year-old Linus enjoys a ride on one of the many slides at Tucherland. (Dan Blottenberger / S&S)

My 4-year-old&rsquo;s eyes lit up as soon as we entered the door &mdash; he had no words to describe what he was seeing. Even I had to pinch myself to be reassured that I was not caught in some child&rsquo;s dreamland.

That&rsquo;s the way it is at Tucherland in Nuremberg, Germany. As you enter the door of its indoor park you will be fascinated by all the features the facility has with children in mind.

Once you take off your shoes and coat at the entrance (and no, it&rsquo;s not to walk through security) you are set free to run and play as you have never done before in nearly an acre of fun.

Fortresses of yellow-, red- and blue-colored climbing cubes with tunnels full of frantic crawling children trying to escape their friends is what makes up most of Tucherland&rsquo;s indoor park, but there is something here to keep every child entertained.

Cannons that propel foam balls are positioned in the center of one of the fortresses and can be fired at the children on the opposite side of the two-storied hexagon. There were several bouncing castles, pedal cars, electrical cars and trampolines throughout the area.

Another attraction drawing a lot of attention was a 26-foot-high climbing wall with up to four people at a time allowed to try to conquer it.

And most of it is free once you&rsquo;ve paid the entrance fee. (If you can&rsquo;t figure out why the electrical cars won&rsquo;t work it might be because they are one of the few rides you have to put a euro in to get started.)

Smaller children who are still in the crawling phase have a special fenced-in area in the center of the indoor facility that keeps them from being trampled by the older children.

In the summer months the park stretches outdoors with more than six acres of play area that has even more features. The features include a zip-line tower, a small pond with paddle boats, a soccer field, an 18-hole miniature golf course and a petting zoo.

Adults won&rsquo;t be bored whether they are the type to chase their child around the park or to sit back and let the kids run loose. There is plenty for them to enjoy, from small cafes that serve food and beverages to comfortable lawn-chair-like seats scattered throughout the indoor park where they can both relax and keep an eye on the little ones.

I elected to chase my child around, and I have the bruises to prove it. Most of the tunnels are sized so adults can join their children, although at some points you need to get down and start crawling to keep up.

Nothing in the park is in English, but there is no language needed to have old-fashioned fun at Tucherland. Be aware that this place attracts plenty of customers all times of year, but if you get there as it opens &mdash; 1 or 2 p.m. on most days &mdash; you will have a couple of hours before the crowd arrives after being released from school.

FOOD: A variety of snack foods &mdash; freshly made pizza, chicken wings, french fries and burgers &mdash; and beverages &mdash; coffee, soft drinks and beer &mdash; are on sell at the cafes.

MORE INFORMATION: The park&rsquo;s Web site, in German, is www.tucherland.de and its telephone number is 0911-2399-997. The center hosts birthday parties but requires reservations by e-mailing geburtstag@tucherland.de, or by calling 0911-2399-923.