Near Naples: Bad smells are good for you at this Italian volcano 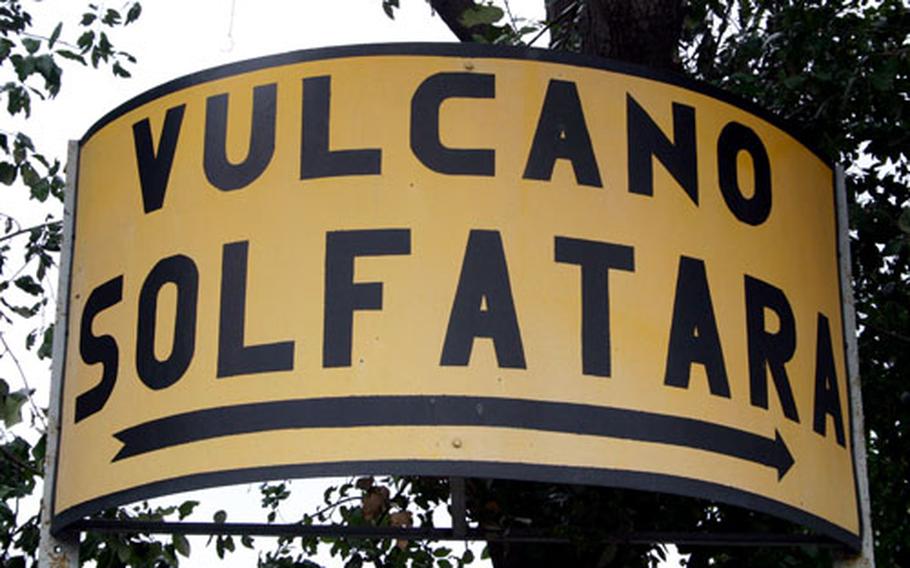 A sign directs visitors to the Volcano Sofatara. Volcanic gases are supposed to be good for the skin and internal body, but they come with an odor that smells like rotten eggs. (Sandra Jontz / S&S)

A sign directs visitors to the Volcano Sofatara. Volcanic gases are supposed to be good for the skin and internal body, but they come with an odor that smells like rotten eggs. (Sandra Jontz / S&S) 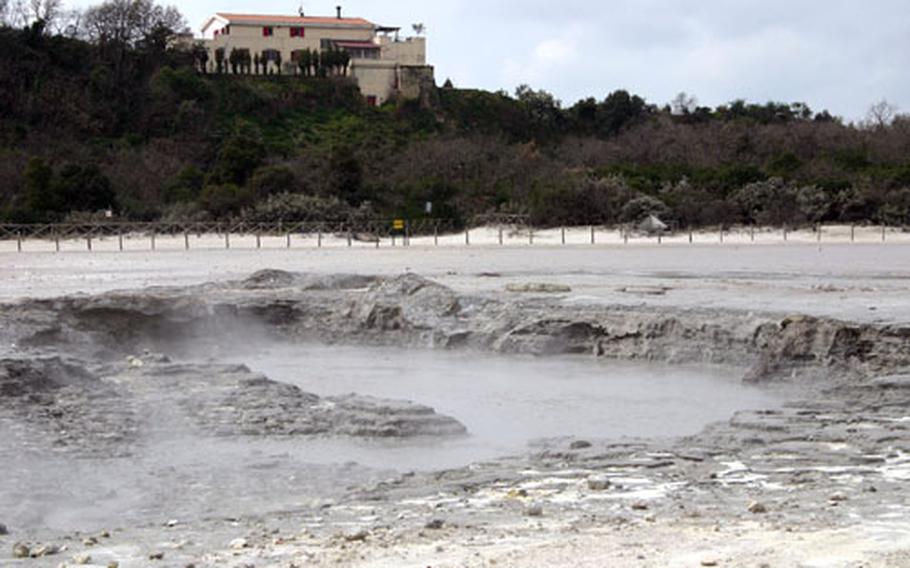 In the center of the Vulcano Solfatara is a pit of bubbling mud, said to provide therapeutic benefits. The mud contains about seven gases and water rich with more than nine minerals. Visitors can breathe in the gases, but the park does not have mudbaths as some thermal spas in the area do. (Sandra Jontz / S&S) 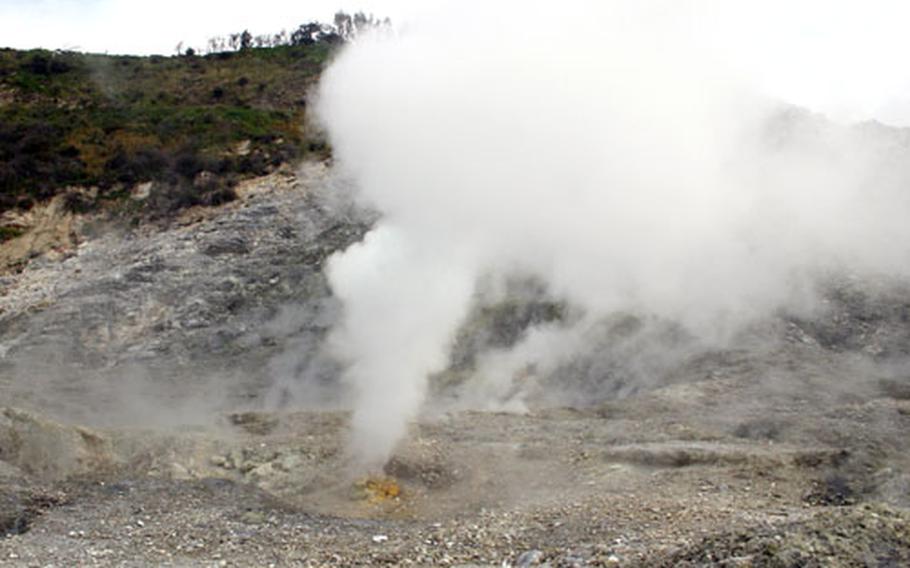 The "Bocca Grande," or Large Mouth, is the name of the largest fumarole — or volcanic vent — in the Solfatara. It&#39;s characterized by steam steadily spewing from a hole in the ground at temperatures of about 320 degrees Fahrenheit. (Sandra Jontz / S&S)

The place downright stinks, but it draws droves of visitors curious to experience the bubbling mud and bursts of steam from a volcano.It&rsquo;s said that breathing in the sulfur-laden air at Vulcano Solfatara in Pozzuoli, a bustling suburb of Naples, Italy, is healthy for both the body and skin.

To glean those benefits, you have to also breathe in the putrid, rotten-egg smell that goes with it.

Still, the Solfatara, part of the roughly 40 volcanoes that make up the Phlegreaen Fields around Naples, is a historical and remarkable volcanic crater. It is set just off the main drag through Pozzuoli and is worth the roughly six-mile drive from Naples.

&ldquo;What I really liked was the fact of standing in an active crater, also the bubbling muddy ooze and spewing steam,&rdquo; tourist Robert Quallich said of his tour last month. &ldquo;The smell, on the other hand, was quite unpleasant.&rdquo;

It&rsquo;s a neat trip, said Quallich, a visitor from Virginia, but not one he feels the need to repeat.

Solfatara&rsquo;s largest fumarole &mdash; volcanic vent &mdash; is the Bocca Grande, or large mouth. It is characterized by steam steadily spewing from a hole in the ground at temperatures of about 320 degrees Fahrenheit.

The steam&rsquo;s salts and minerals &mdash; such as cinnabar, opriment and realgar, or arsenic sulfide, which is used in fireworks &mdash; give the characteristic reddish-yellow color to the surrounding rocks. It&rsquo;s the hydrogen sulfide in the steam that gives off the characteristic smell of rotten eggs, according to information posted at the site and on Solfatara&rsquo;s Web site.

Bocca Grande used to be called the &ldquo;home of the god of fire.&rdquo; The green algae that grow on the walls behind it flourish because of the high temperatures and acidity, and, interestingly enough, are considered a biological rarity.

In the center of the Solfatara is a pit of bubbling mud, cordoned off by safety fences. The mud, also said to provide therapeutic benefits, is a combination of seven gases and water rich with more than nine minerals.

Although there are mud baths at other thermal spas in the area, there are none at Solfatara.

If the smell doesn&rsquo;t chase you away, there are camping facilities at the park, where tourists can pitch a tent, rent a bungalow or set up a trailer.

Directions: To reach the Vulcano Solfatara by train, get off at the Pozzuoli-Solfatara station on the Metropolitana line and walk about one-half mile to the park. By bus, the No. 152 or blue SEPSA buses from the center of Naples stop in front of the Solfatara. By car, take the Agnano exit, No. 11, off the Tangenziale and follow signs to Pozzuoli/Vulcano Solfatara, about 2&frac12; miles from the exit.

Times: Vulcano Solfatara is open daily from 8:30 a.m. to one hour before sunset.

Costs: Entry costs 5.50 euros for adults, 4 euros for children 4-10; younger children get in free. Camping at the park is available, and a lengthy list of various fees is posted on the park&rsquo;s Web site.

Food: There is a cafe that sells sandwiches and drinks averaging about 5 euros.

Information: Details are available on the Solfatara&rsquo;s Web site, www.solfatara.it, which has an English-language option; by phone at (+39) 081-526-2341; or by e-mail at volcano.solfatara@iol.it.