Nanzoin Temple visitors make a wish and a knot 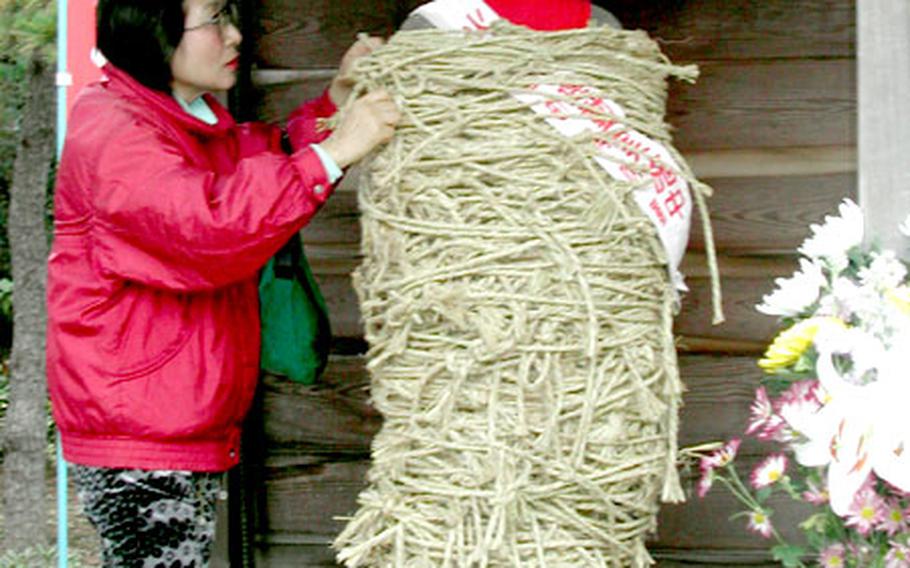 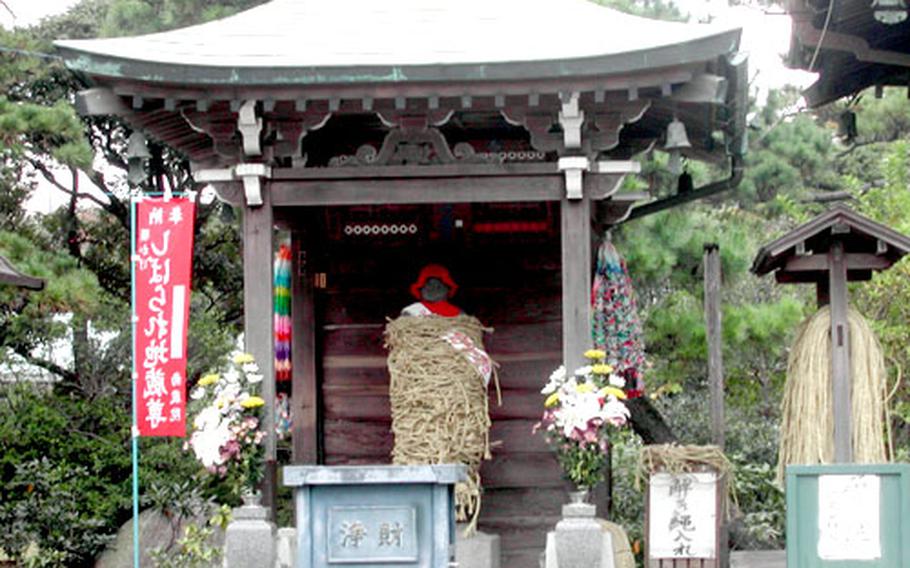 People believe the Jizo of the temple grant wishes when they bind the statue with a rope. After their wishes come true, they untie the rope. ()

Nanzoin Temple in Katsushika, Tokyo, is famous for the Shibarare Jizo, a rope-tied guardian deity.

The legend of Shibarare Jizo goes back to the early 18th century. On a hot summer afternoon, a kimono store clerk pulling a cart laden with kimono cloth passed a Jizo statue, then stopped to rest in the shade of a tree by the Jizo statue and dozed off. When he woke up, his bundle of goods was gone.

In a panic, he rushed to the magistrate&#8217;s office. Then-renowned magistrate Ooka Echizen carried out an investigation.

As no witnesses could be found, the judge decided exceptional measures would be needed to solve the case. After pondering the matter, he decided that the statue of Jizo, a god that protects travelers, had been derelict in its duty. Echizen instructed his constables to return to the crime scene and arrest the Jizo statue.

The men lifted it from its heavy stone pedestal and bound it with ropes.

Word of the trial spread, and a crowd of spectators thronged to the magistrate&#8217;s office yard. Then the magistrate tactically ordered the gate closed, and said, &#8220;breaking into the divine court is unforgivable.&#8221; As punishment, the magistrate fined each spectator a roll of cloth.

They went home, and brought some cloth to the magistrate. Among the pieces brought by them, Echizen found one belonging to the clerk, which lead to the arrest of a notorious ring of thieves.

Today, people believe the Jizo of Nanzoin temple grants all wishes &#8212; including protection from robbery, better health, matchmaking (tie a knot), protecting you against evil, and more. When you make a wish, you bind the Jizo with a rope. After your wish comes true, you untie the rope. All the ropes tied and untied are made into a bonfire at 11 p.m. on New Year&#8217;s Eve.

To get to the temple, take Chiyoda Line to Kanamachi Station. From Kanamachi station, take Keisei Bus for Togasaki Soshajo and get off at Shibarare Jizo stop.