Munich's Olympic Park, scene of another September day of terror 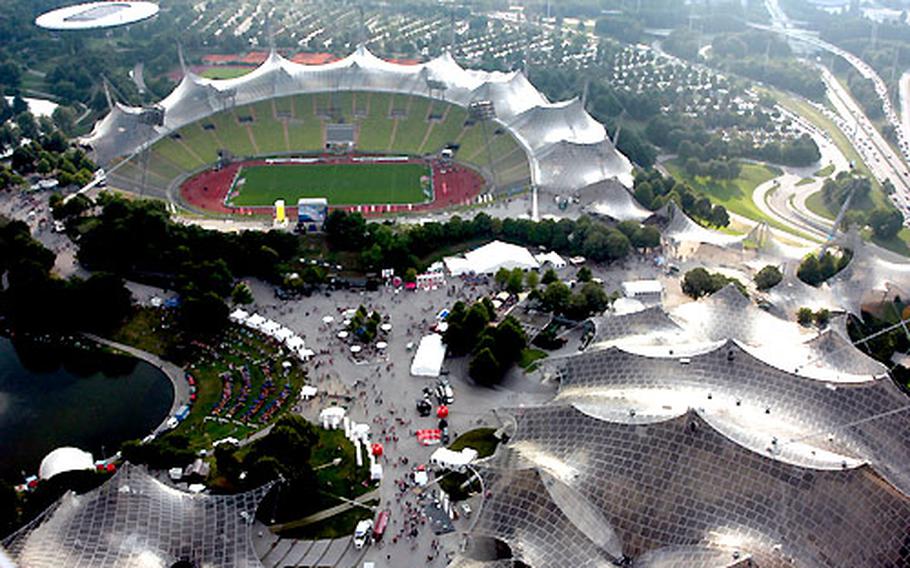 A view of the facilities used for the 1972 summer olympics in Munich, seen from the observation platform, 627 feet up, of the 950-foot high Olympia tower. (Michael Abrams / S&S)

A view of the facilities used for the 1972 summer olympics in Munich, seen from the observation platform, 627 feet up, of the 950-foot high Olympia tower. (Michael Abrams / S&S) 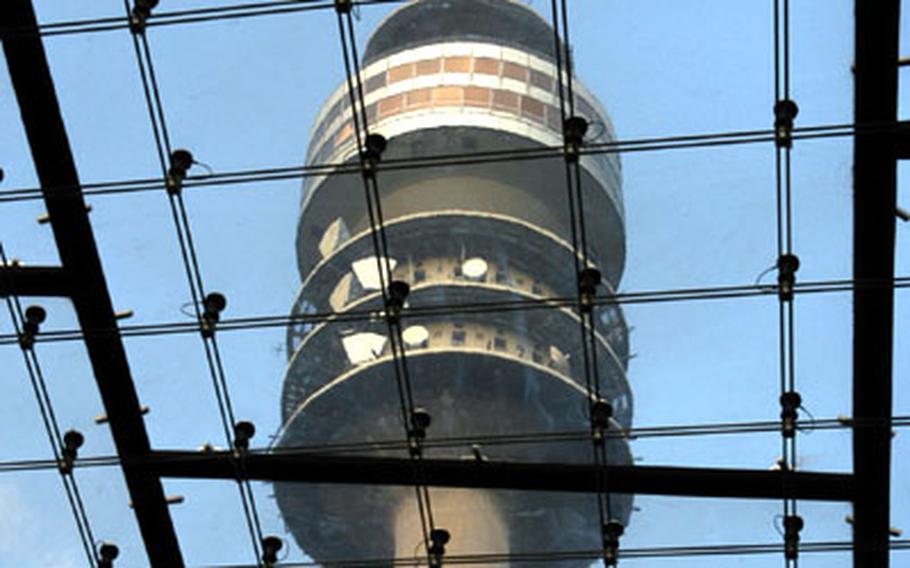 The top of the 950-foot tall Olympiaturm, seen through the plexiglass roof of the Olympiahalle. (Michael Abrams / S&S) 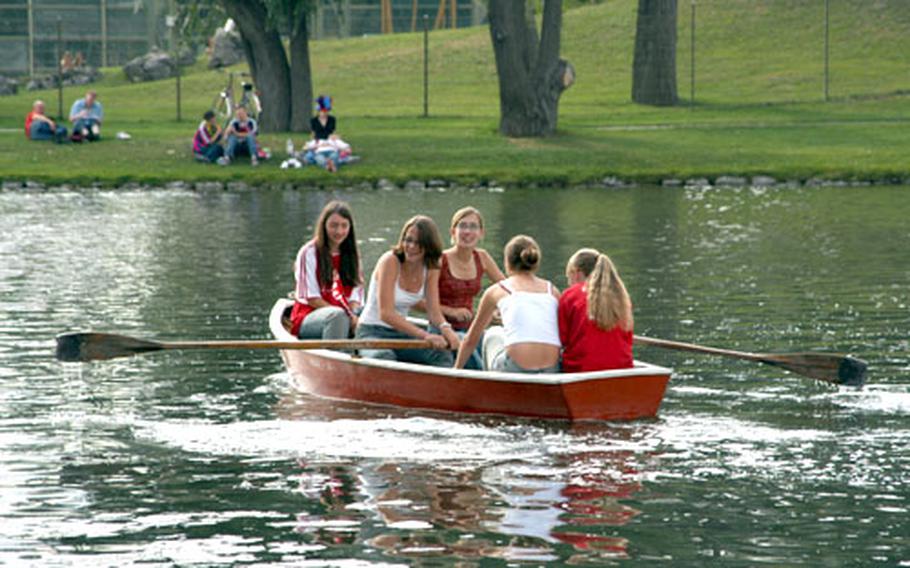 Rowing on the lake in the Olympiapark in Munich. (Michael Abrams / S&S) 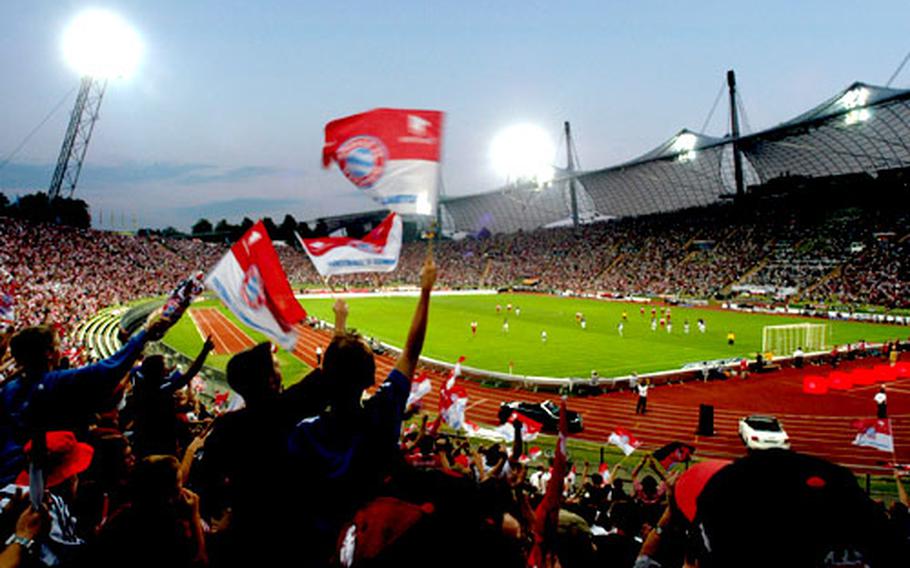 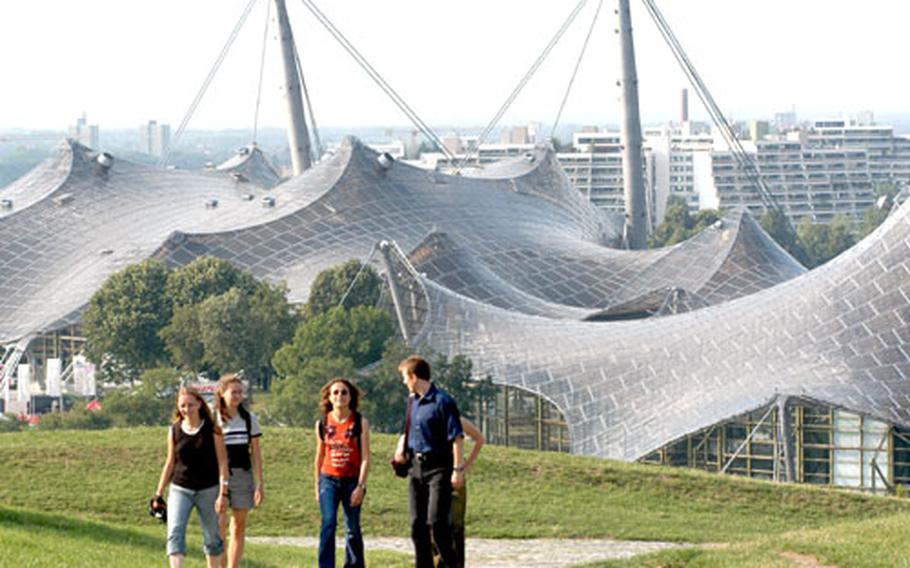 The roofs of the Olympiahalle, left, and the Olympic pool, right look like glass mountains when seen from the Olympiaberg, a hill made of the the World War II rubble of Munich. (Michael Abrams / S&S)

A day in September and terrorism.

On that day in September, Palestinian terrorists invaded the Olympic village and took members of the Israeli team hostage. By the time the drama was over, 12 Israelis and most of the terrorists were dead, tragic events well-documented in Kevin MacDonald&#8217;s Academy Award-winning documentary &#8220;One Day in September.&#8221;

There are not many reminders left of that dark day, and today the Olympiapark, with its sports facilities and their distinct architecture, is still a Munich attraction.

The Olympiapark is worth a visit, especially if you need to clear your head after a night of imbibing. Enjoy the fresh air as you walk through the almost 3 million-square-foot park. Walk up the nearly 200-foot-tall Olympiaberg (Olympic mountain), built from the debris of World War II Munich and the earth from the construction of the city&#8217;s subway system. From its peak, there is a good view of the Bavarian capital on the one side, and on the other an expansive vista of the Olympiapark.

In front is the man-made Olympic lake and beyond that the Olympic stadium, the Olympic hall and the Olympic swimming hall, all connected by a spectacular 247,500-square-foot, tentlike roof made of transparent acrylic panels and steel cable. It is a significant example of 20th-century architecture.

If you need to sweat out excess alcohol, try rowing on the lake, rollerblading the parks&#8217; paths or going swimming in the pool, where American Mark Spitz won seven gold medals at the &#8217;72 Olympics. For those who want to avoid exertion as much as possible, one can ride a train around the park.

For a dramatic view of the Olympiapark and Munich with its surroundings, take a ride up the Olympiaturm, the tower reaching 950 feet into the blue-white Bavarian sky. An elevator will take you to an observation platform, 627 feet up, at 23 feet per second. Just below the platform at 600 feet, is a revolving restaurant.

The building that draws the most visitors to the park, however, is the stadium. Here, where the opening and closing ceremonies and the track and field events of the &#8217;72 Olympics took place, and where two years later Germany beat the Netherlands 2-1 to capture its second soccer World Cup, is where Munich&#8217;s two first division soccer teams, Bayern and 1860, play their home games.

If you like soccer or are just interested in experiencing the atmosphere of a professional match, try to catch a game. As one can expect, plenty of beer flows here, too.

Where: The best way to get to the Olympiapark is on the subway. Line U3 via Marienplatz ends at the Park.

How much: A ticket for the park train costs 2 euros.

When: The Olympic tower is open daily from 9 a.m. to midnight; last elevator up is at 11:30 p.m. It costs 3 euros for adults and 2 for children up to 16 years. A family ticket for two adults and up to three kids costs 9 euros.

Information: For game dates and tickets for Bayern Munich and 1860 Munich, go to: www.fcbayern.t-online.de and www.tsv1860.de.