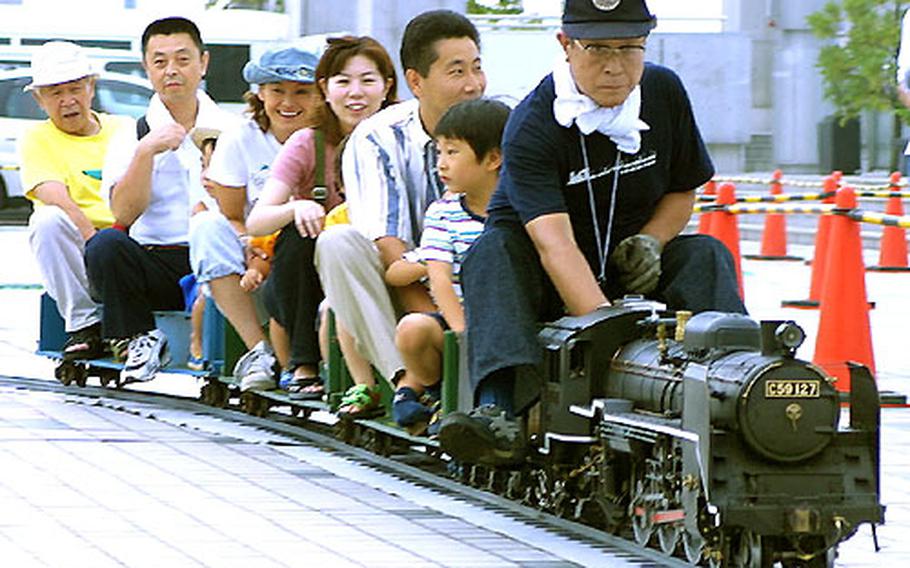 Live steamers work on the same principles as real steam locomotives and run on coal. This one, at the Fourth International Model Railroad Convention Japan at Tokyo Big Sight, entertains visitors. (Photos courtesy of Japan Assciation of Model Railroaders (JAM))

Live steamers work on the same principles as real steam locomotives and run on coal. This one, at the Fourth International Model Railroad Convention Japan at Tokyo Big Sight, entertains visitors. (Photos courtesy of Japan Assciation of Model Railroaders (JAM)) 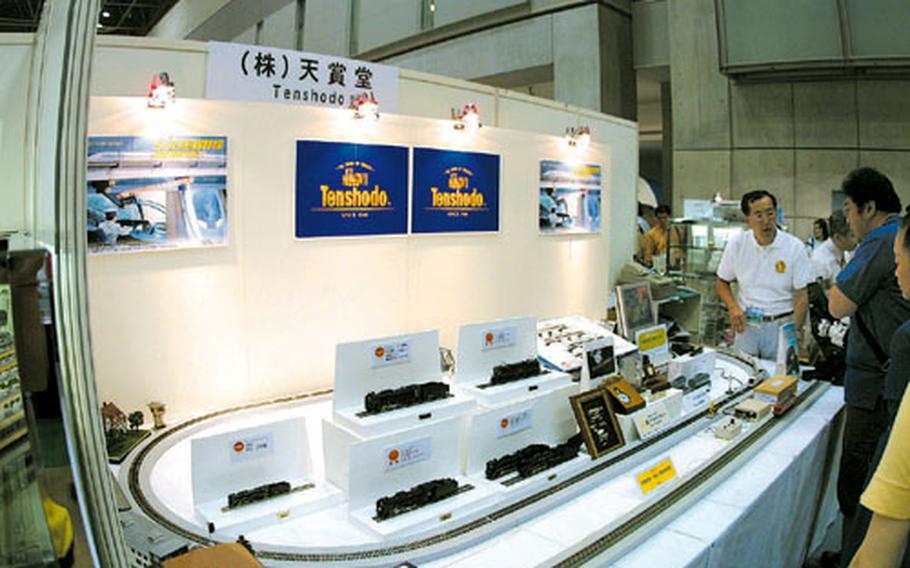 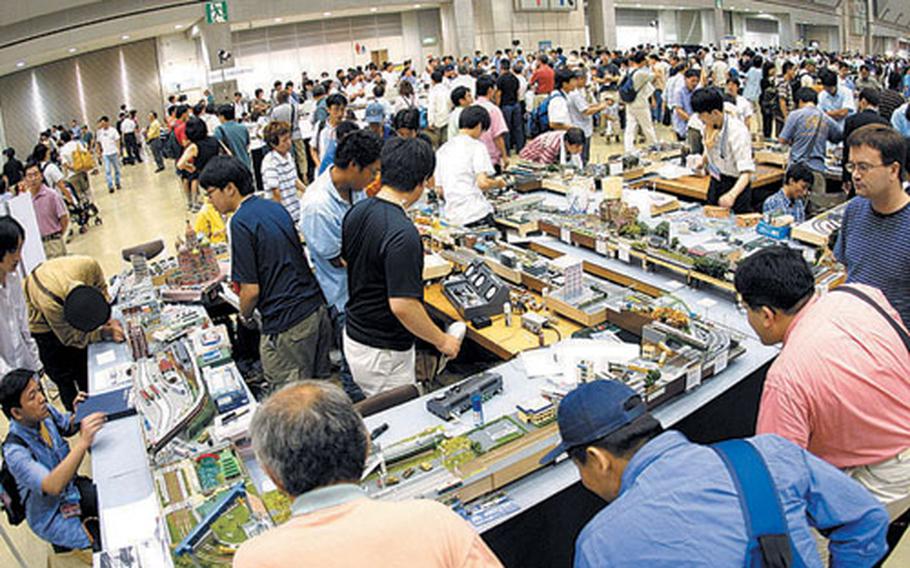 Railroading fans check out the exhibits. () 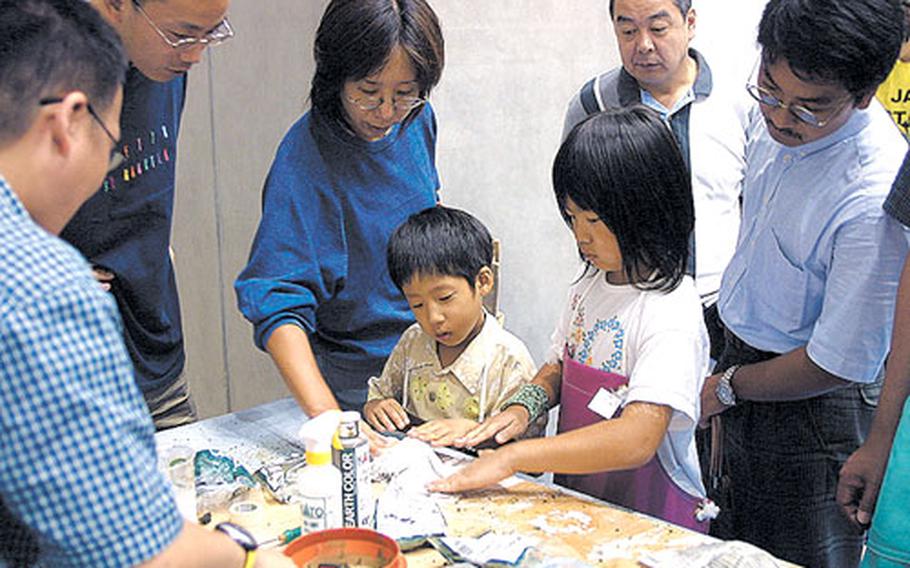 Spectators can try their hands at building next to a layout on display. () 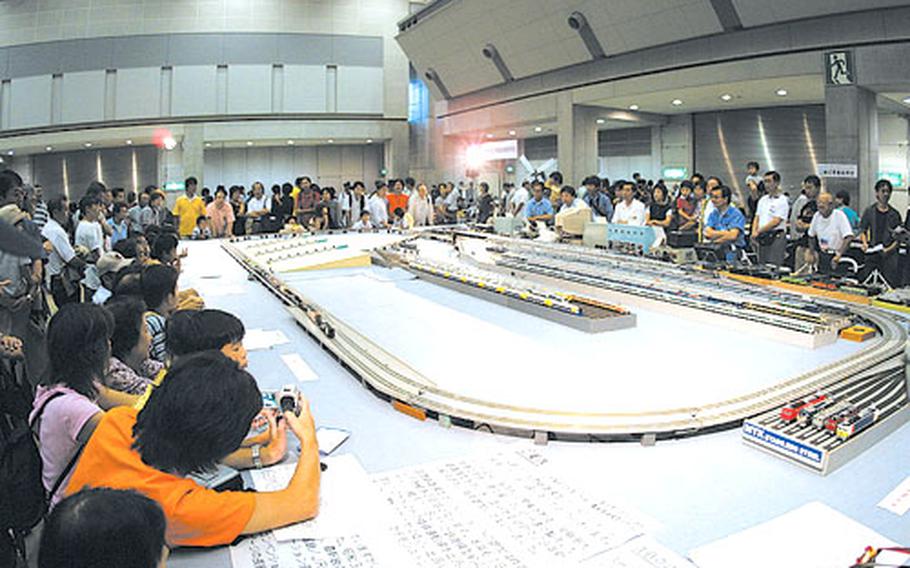 Demonstrations of trains take place nonstop as model trains run one after another following announced introductions. ()

Yoshimura, who was formerly an announcer of Japan&#8217;s public broadcasting NHK, has been an avid railroad fan for a long time and has himself built very intricate railroad models from brass which is easy to process &#8212; since the metal is relatively soft and easy to solder.

According to Nobuyuki Motegi of KATO, a Japanese model railroad maker in Tokyo, there are various models and sizes categorized in four scales, or gauges:

No. 1 gauge (1/30 scales)O gauge (1/45 scales)HO gauge (1/80 scales)N gauge (1/150 scales)Smaller N gauge models are mass produced and cheap. They are popular among children. They become items of children&#8217;s collections while bigger ones such as No. 1 gauge and O gauge models are built with brass by skilled workers and are expensive.

A popular size is HO gauge &#8212; a car of a passenger train of HO gauge costs $170 and a locomotive $1,700. World famous makers are Athearn, Atlas and Lionel of America and Marklin of Germany. Marklin was established 120 years ago in Germany as a model railroad manufacturer. Motegi says Japanese makers rank with them technically and export to America, Canada and Europe.

Model railroads include locomotives, passenger trains, freighters, commuters, Japan&#8217;s bullet trains and more. People have different likes and it is hard to tell which one is more popular than the others.

Many like SL (steam locomotive), mechanisms of trains, styles, powerfulness and the atmosphere of trains which take them on imaginary journeys. Motegi said Americans like their own railroads and they are not interested in foreign trains.

Motegi said most often people enjoy their railroads as displays &#8212; some build them by themselves and some even operate them (it takes a large space and often these setups are found in America). In addition, layouts are very important. Layouts mean tunnels, bridges and scenery.

When asked, which model sells most at his company, he said it is express trains. People also like commuter trains which they use every day. It therefore is a hobby which costs a lot of money. That explains why many adults are seen at the exhibition as well as many children.

Modelers Performance Corner: People can enjoy demonstrations of railroad models.Manufacturers, Retailers and Publishers Corner: Businesses and publishers set up booths to display and sell models.Junior College Program Corner: A wide range of curricula for model railroad fans is prepared &#8212; particularly for children and beginners.Clinic Corner: Lectures will be given by experts about layouts, prototype information, operation and photography and more.Silent Auction Corner: Selling and buying railroad models and related items will take place &#8212; bidders write their prices on paper and those can be viewed by others within the set time limit.Flea Market: Most popular among many model railroad enthusiasts. People may find bargains and rare items that they have been looking for.According to the association, last year 40,000 people attended and 38 exhibitors participated.This year 50 exhibitors and 50,000 people are expected to visit.Tokyo Big Sight (Kokusai Tenjijo), West No. 4 hall and rooftop is at 3-21-1 Ariake, Koto Ward, Tokyo. Admission is 1,200 yen for adults, and 600 yen for students. The event is free for junior high and younger. All tickets are good for three days.