Liège: Savor the flavor of a Belgian market 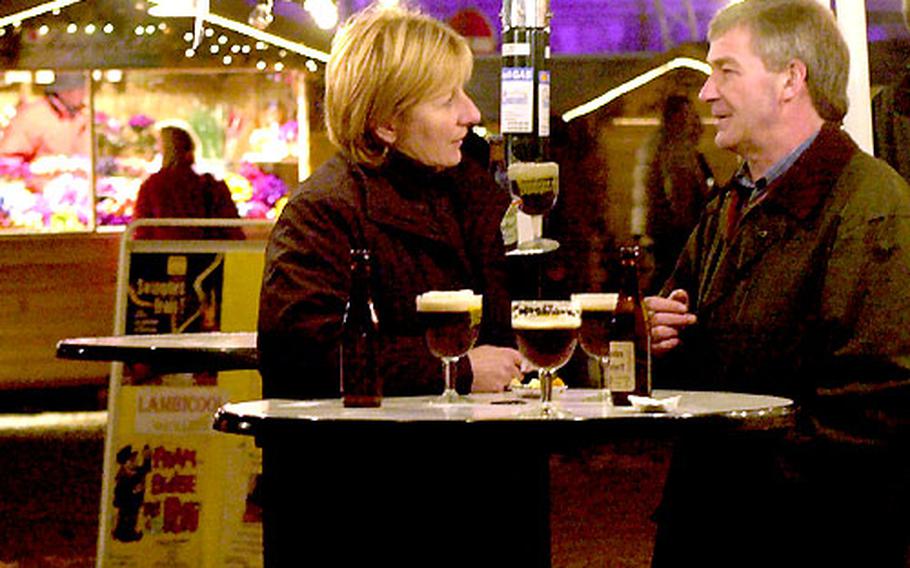 Eating and drinking are a major theme at the stands, where one can enjoy goose liver paté with champagne or “raclette,” melted cheese toasts, with strong Trappist beer, just to mention a few of the offerings. (Michael Abrams / S&S) 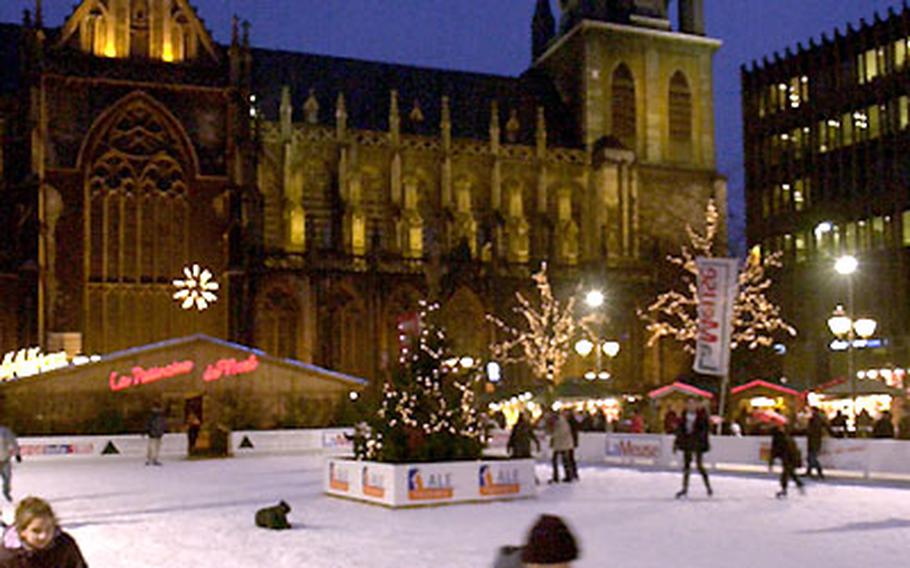 A child skates near the Liège cathedral. (Michael Abrams / S&S) Glass stars are among the things you can buy at the Village de Noël in Liège. (Michael Abrams / S&S) If you are familiar with German Christmas markets, at first glance, the market in Li&egrave;ge, Belgium will look pretty much the same. Wooden huts on a city square, decorated with Christmas lights and pine branches; the smell of hot spiced wine and sausage wafting through the air.

On second glance &mdash; and smell &mdash; you notice something a little different. It&rsquo;s not quite the same aroma, there is a whiff of cheese and a trace champagne riding the wind, and instead of stands selling pots and pans, Christmas decorations and underwear, most of them are dedicated to food.

This is not to say that you can&rsquo;t shop here, you can. You&rsquo;ll find the quintessential presents from Belgium, lace and chocolate, but also hand-blown glass, wooden toys, jewelry and silk scarves.

It seems, though, that most of the people come to eat, drink, meet friends and be merry.

Li&egrave;ge is in the Francophone area of Belgium, and it would appear that its citizens not only speak French, but also have a French palate.

Oysters and champagne, foie gras and Sancerre wine, Munster cheese and Edelzwicker wine from the Alsace are served here. But the Belgian specialties do not come up short either: there are waffles served with powdered sugar, dried ham and sausages from the Ardennes and strong, dark Trappist beer to be tried.

There are three areas in Li&egrave;ge where the Village de No&euml;l, or Christmas village, takes place: on Place du March&eacute;, Place St. Lambert and Place Cathedrale, with 155 huts spread between them.

Place St. Lambert and Place du March&eacute; are across from each other. Along St. Lambert, two long rows of the wooded cottages stand face to face, and it here where most of the shopping is done. Most of the food stands are on du March&eacute; ( the market place). It is paved with gravel, so when wet, it is a bit muddy.

The Place Cathedrale, as the name indicates, is in the shadow of the Li&egrave;ge cathedral. On the square there is an small ice-skating rink surrounded by &mdash; what else? More huts, selling more food. Watch the kids skate by as you sip a mug of vin chaud, as the hot spicy wine is called, and think about what presents to buy for family and friends.

You will probably have a harder time deciding what to eat at Li&egrave;ge&rsquo;s Village de No&euml;l.

Where: Li&egrave;ge, known as Luik in Flemish and L&uuml;ttich in German, is in eastern Belgium, southeast of Brussels on highway A3/E40 and east of Mons on A15/E42. It is also southwest of Maastricht, Netherlands, and west of Aachen, Germany. Trains run regularly from Brussels to Li&egrave;ge.