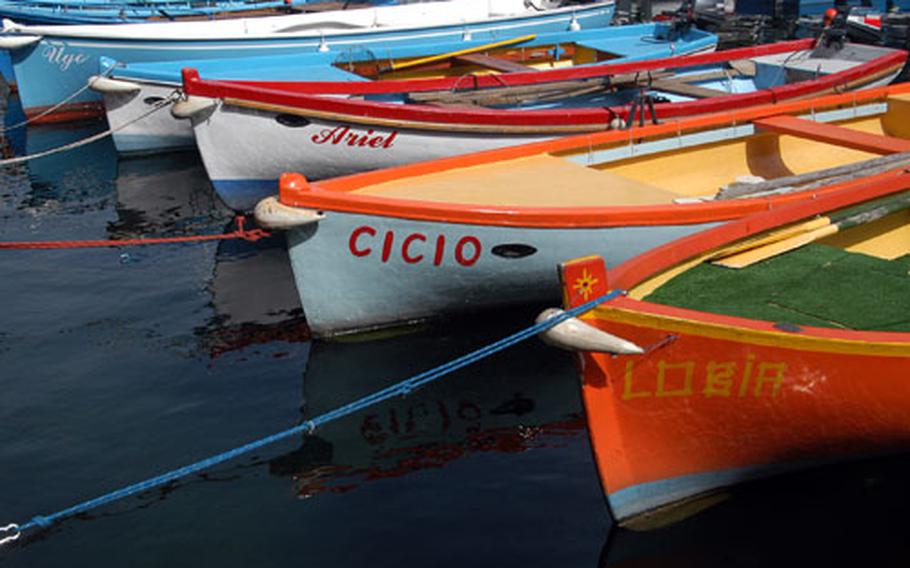 Colorful boats moored in the Castelletto di Brenzone, Italy, harbor. Castelletto is a picturesque village, one of 16 that make up the community of Brenzone, on the eastern shore of Lake Garda (Michael Abrams / S&S)

Colorful boats moored in the Castelletto di Brenzone, Italy, harbor. Castelletto is a picturesque village, one of 16 that make up the community of Brenzone, on the eastern shore of Lake Garda (Michael Abrams / S&S) An old wine cask on a wagon decorates the Zeni winery and museum in Bardolino, Italy. You can tour through the museum with its old wine casks, grape presses and bottling equipment and then taste and buy the wines produced there. (Michael Abrams / S&S) A view of Gargnano, Italy, on the western shore of Lake Garda. (Michael Abrams / S&S) 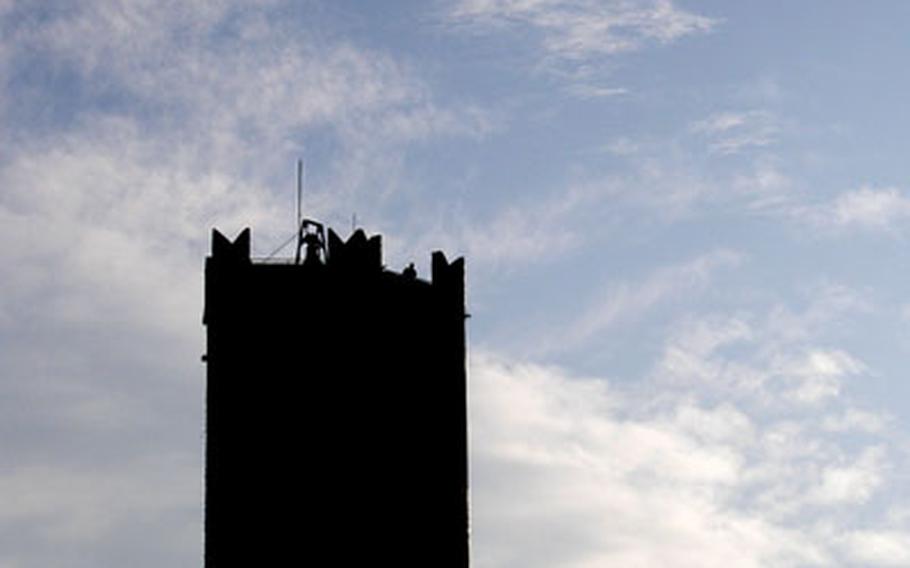 The Castello Scaligero stands high on an outcrop above Lake Garda and the medieval town of Malcesine. (Michael Abrams / S&S) Like the pearls on a necklace, towns and villages ring Italy&#8217;s Lake Garda. And like an Italian opera, their names roll off the tongue: Torbole, Riva, Limone, Bardolino, Sirmione, Garda and Malcesine, to name a few.

The lake, the towns and the mountains of northern Italy that are tucked in between are a perfect place for an Italian getaway.

Torbole, on the northeastern tip, is the lake&#8217;s center for wind surfing and sailing, while its neighbor to the west, Riva, with its old town and one of the lake&#8217;s biggest beaches, is a peaceful resort.

On the western shore, Limone, as its name suggests, is known for its citrus trees and its old center. An old town and its port are also Gargnano&#8217;s attraction, and while there, check out the cannon balls still lodged in the houses near the harbor. They were fired by an Austrian warship on the lake in 1866.

Sirmione, on a peninsula jutting out into Lake Garda, is probably the most touristy town on the lake, but with reason: To enter this old, walled town, you must walk over a bridge and through a gate guarded by the mighty Rocca Scaligera castle. Inside it is a winding maze of houses, churches, squares and ice cream parlors. The perfect place to try some Italian gelato.

If wine is more to your taste, head to Bardolino, home to one of northern Italy&#8217;s most famous wines. Visit the local wineries for a taste of their goods before deciding which ones to buy for your wine cellar. The region&#8217;s olive oil is also excellent.

Friday is market day in Garda, the charming town that gives the lake its name. Everything from food to pottery to linens is on sale. In August, the town holds its annual Palio delle Contrade, a rowing competition with historic boats.

Between the two is Brenzone, a municipality of 16 small villages known for their fish specialties. The largest, Castelletto, has an old city center with a restaurant- lined lakeside walkway.

Towering above the villages on the eastern shore is Monte Baldo, a mountain overlooking Lake Garda and its surroundings. A cable-car from Malcesine goes to a station almost 6,000 feet above the lake. A trip to the top for its superb views is just one more reason why the region is such a popular place to visit.

Know & GoGetting there Italy&#8217;s Lake Garda is south of the Brenner Pass off Autostrada 22 and west of Vicenza and Verona off A 4.

When to goYou can visit year-round, but spring and autumn are the best times, with mild temperatures and outdoor seating at the restaurants and cafes.

A Web search for Lake Garda will bring tons of hits, but a good site to visit is www.gardainform.com. Here there are links to the towns&#8217; Web sites, hotels, restaurants and more.