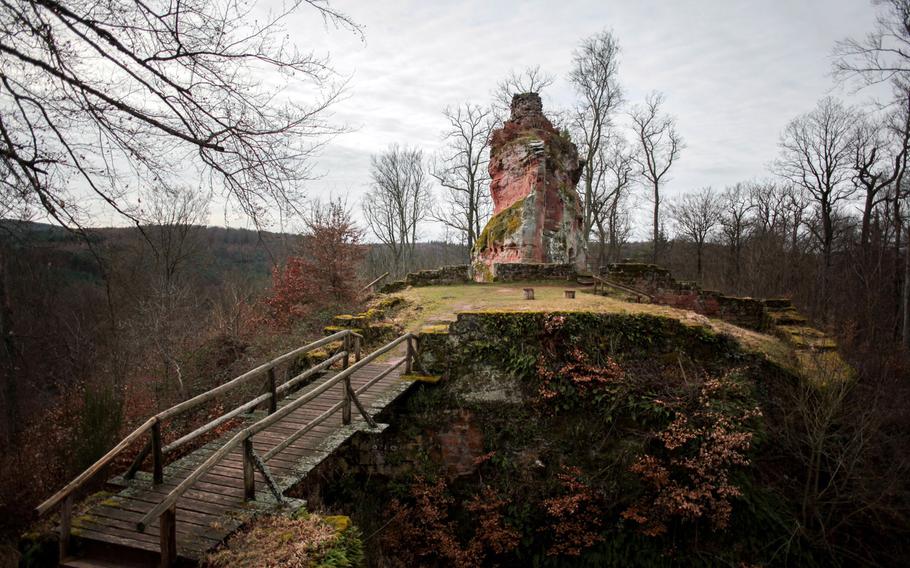 A wooden bridge connects the two main parts of the ruins of Burg Beilstein near Kaiserslautern, Germany. Local lore holds that a beautiful but reclusive maiden lived in the castle. A squire hoping to kidnap her is said to have broken in, only to find her with two ghosts. In the end, the ghosts caused his demise. (Matt Millham/Stars and Stripes)

A wooden bridge connects the two main parts of the ruins of Burg Beilstein near Kaiserslautern, Germany. Local lore holds that a beautiful but reclusive maiden lived in the castle. A squire hoping to kidnap her is said to have broken in, only to find her with two ghosts. In the end, the ghosts caused his demise. (Matt Millham/Stars and Stripes) 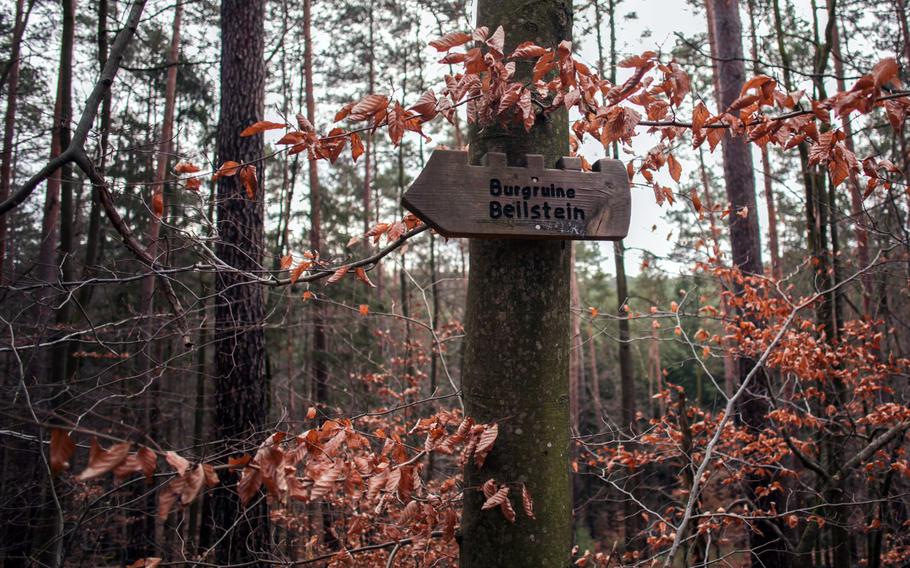 Many of the signs on the way to the ruin of Burg Beilstein near Kaiserslautern, Germany, are made of plastic, but some, like this, are made of wood. (Matt Millham/Stars and Stripes) 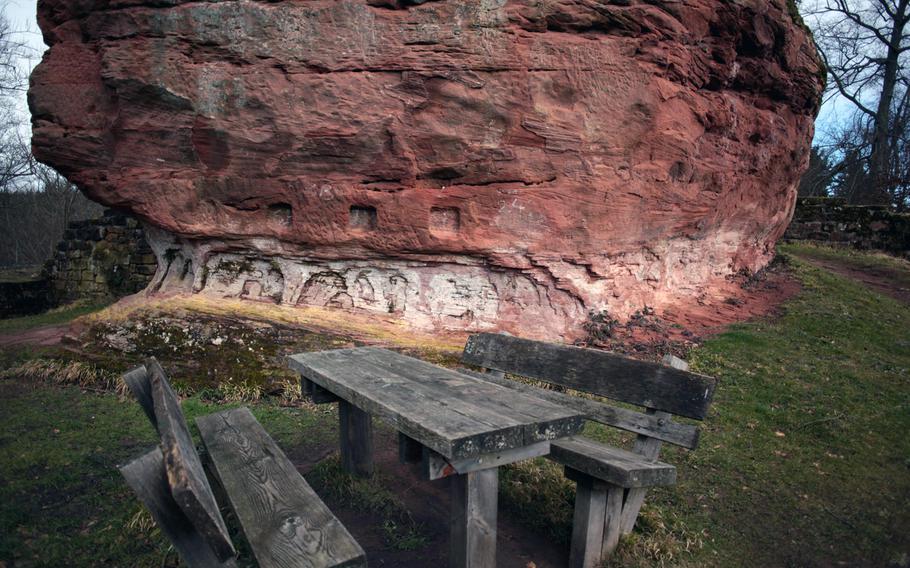 A picnic table sits at the base of the pillar of sandstone that was once a major structural support for Burg Beilstein, a castle ruin near Kaiserslautern, Germany. (Matt Millham/Stars and Stripes) 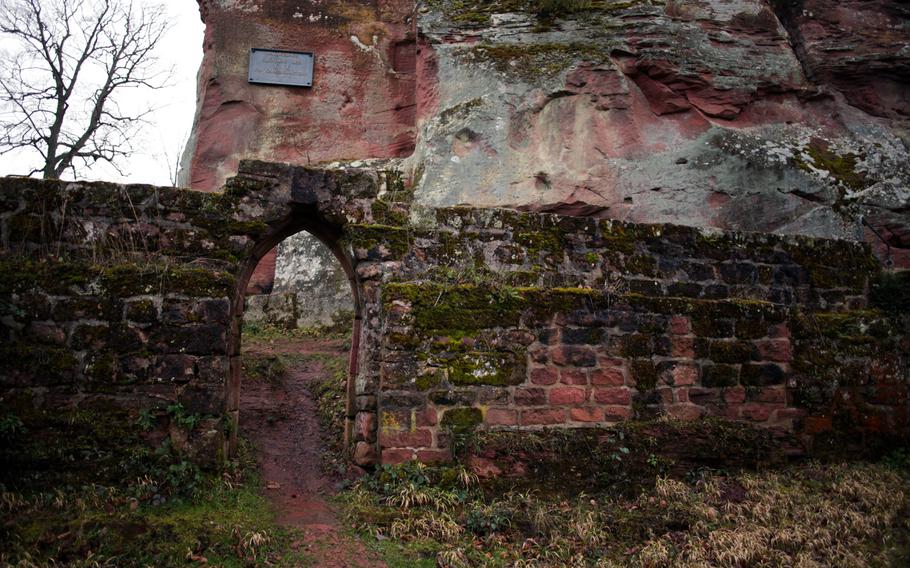 A portion of a wall with a doorway hints at what Burg Beilstein, in the woods outside Kaiserslautern, Germany, was once like. (Matt Millham/Stars and Stripes) 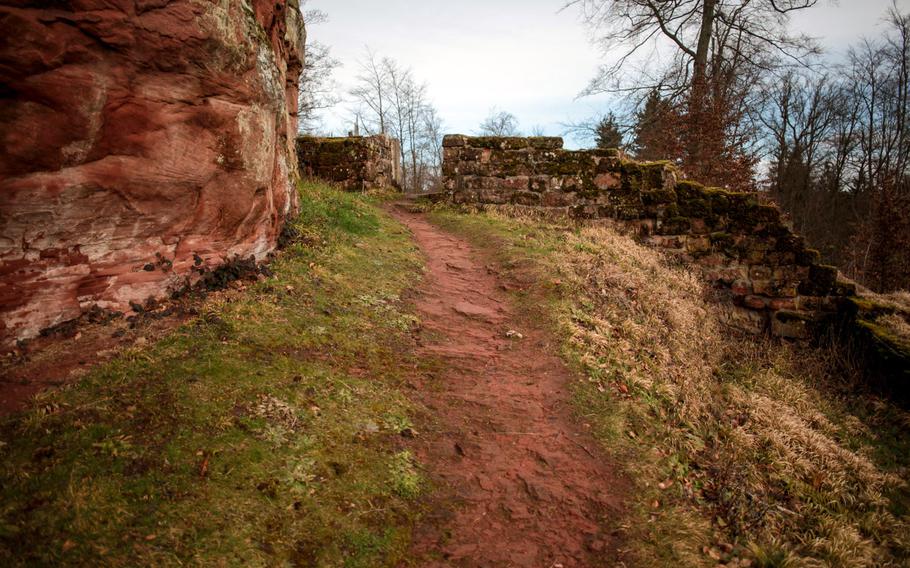 A path around Burg Beilstein's central pillar goes through a part of a wall that was probably partially restored in the 1800s. The ruin is in the woods outside the city of Kaiserslautern, Germany. (Matt Millham/Stars and Stripes) 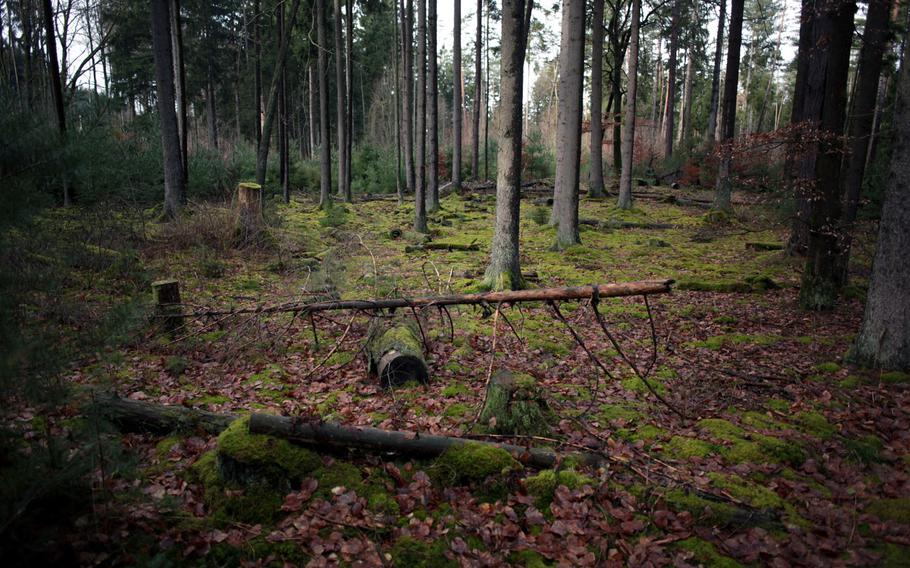 Moss covers part of the forest floor on the path to the ruins of Burg Beilstein. The walk to the ruin on the outskirts of Kaiserslautern, Germany, is quite beautiful. Even in late winter, the woods are alive with bird song and the sound of woodpeckers drilling for lunch. (Matt Millham/Stars and Stripes) Much of the path to the ruin of Burg Beilstein near Kaiserslautern, Germany, is paved, except for the last uphill section, which is a dirt trail that curves around and up a hill. (Matt Millham/Stars and Stripes) 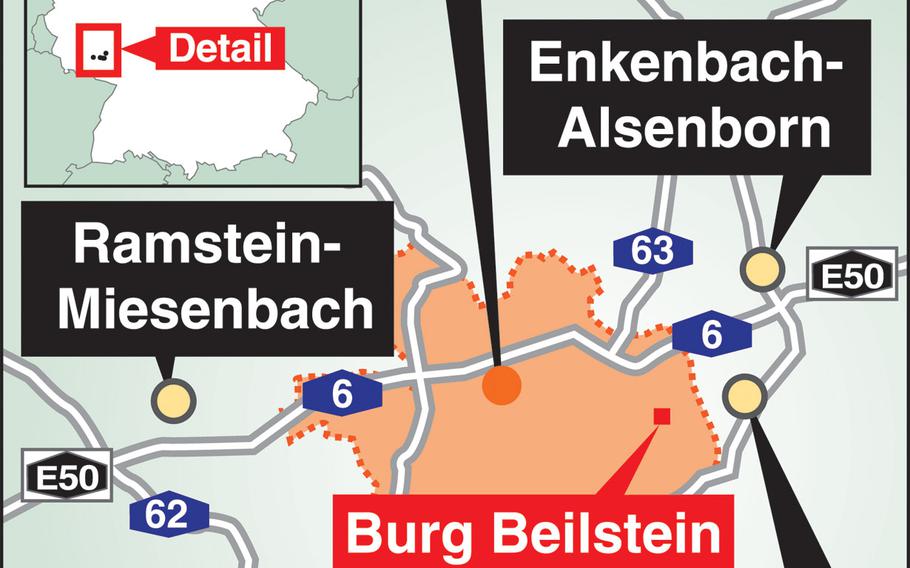 According to local lore, a beautiful young girl used to live in the woods behind what is now Panzer Kaserne in Kaiserslautern, Germany.

Her disinterest in the opposite sex was of no consequence to one of Kaiserslautern’s resident squires, who was drawn to the idea of dating a hot hermit.

Under the light of a full moon, he and two servants hiked into the woods to kidnap her. They broke in without a problem, but probably came to wish they hadn’t.

The would-be kidnappers found the beautiful lass at a large table flanked by a pair of ghosts. The servants fled screaming, which, compared to the squire’s reaction, was almost dignified. The scared lad fainted.

When he came to, the ghosts were gone, but the girl was still there. His courage miraculously restored, the squire grabbed the girl and started dragging her back toward Kaiserslautern. She broke free and sprinted home, leaving the squire in her dust.

The squire, socially awkward, a bit slow of foot and unable to take a hint, decided to give kidnapping another go.

He got back into the castle with no problem, and again the girl was there with the ghosts. The squire didn’t faint this time, though — oh no. Instead, the ghosts touched him and, as often happens in these harsh German morality plays, he fell dead as a doornail.

But the ruins of her castle, Burg Beilstein, are still there.

The castle, which shows up in records as far back as 1158, was all but destroyed in the early 1400s and never rebuilt. But what’s left rotting away in the woods less than a mile southeast of Panzer’s perimeter fence is highly intriguing.

Large sections of the castle’s outer walls are still intact (some of them partially reconstructed in the 1800s), forming a large oval divided by a massive crack in the bedrock. A wooden bridge connects the two main parts of the former fortress.

The most striking feature of the site is a natural tower of red sandstone that was a major part of the castle’s structure. Rectangular hollows that were carved into the rock to hold roof beams are still clearly visible, giving a sense of how the place was laid out. A single stone doorway hints at what was here in the past.

Though Beilstein is obscure as a tourist destination, getting there is remarkably easy and quite beautiful.

Even in late winter, the woods are alive with bird song and the sound of woodpeckers drilling for lunch. In places, moss covers the forest floor in a bright green blanket.

The main trails are well-marked and the hike in takes less than half an hour at a moderate pace. Only the last quarter-mile or so is somewhat challenging as you hike up a gradually steepening hill to the mystifying and possibly haunted ruins on top.

Burg Beilstein Directions Google Maps coordinates for one trailhead are 49.432692,7.821856. The start point is a pull-off at the bend in the L504 road behind Kleber and Panzer Kasernes and next to a stone train trestle. Hike in about 200 meters, take the first left and then follow the signs to the ruin.

Costs It’s free to explore the ruins and the surrounding forest.

Food Quack, a restaurant popular with hikers, is just down the road on the L504, street address Entersweilerstrasse 74, Kaiserslautern.

Information Climbing the rock pillar at the center of the ruin is prohibited.