The Kirchdorf church was built in Romanesque and Gothic styles in the 13th and 14th centuries. (Michael Abrams / S&S)

The Kirchdorf church was built in Romanesque and Gothic styles in the 13th and 14th centuries. (Michael Abrams / S&S) 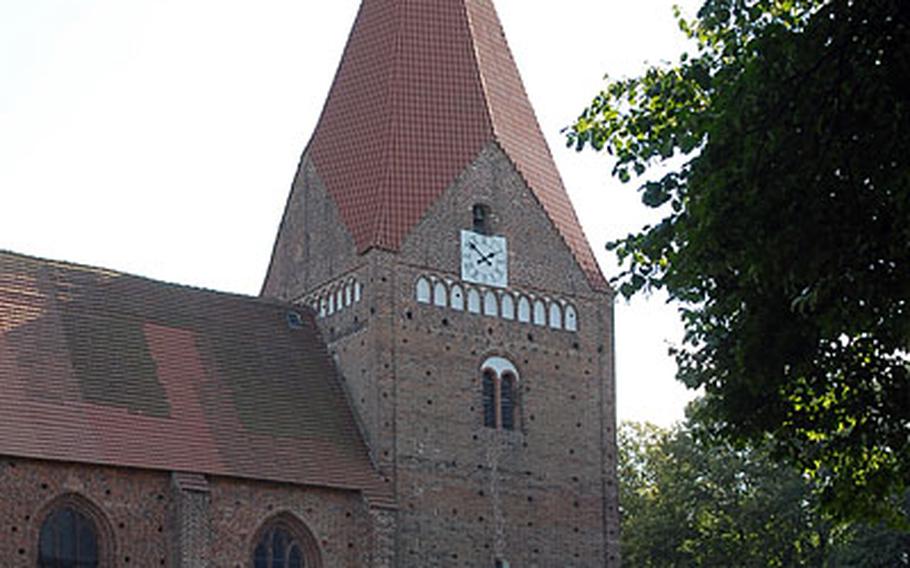 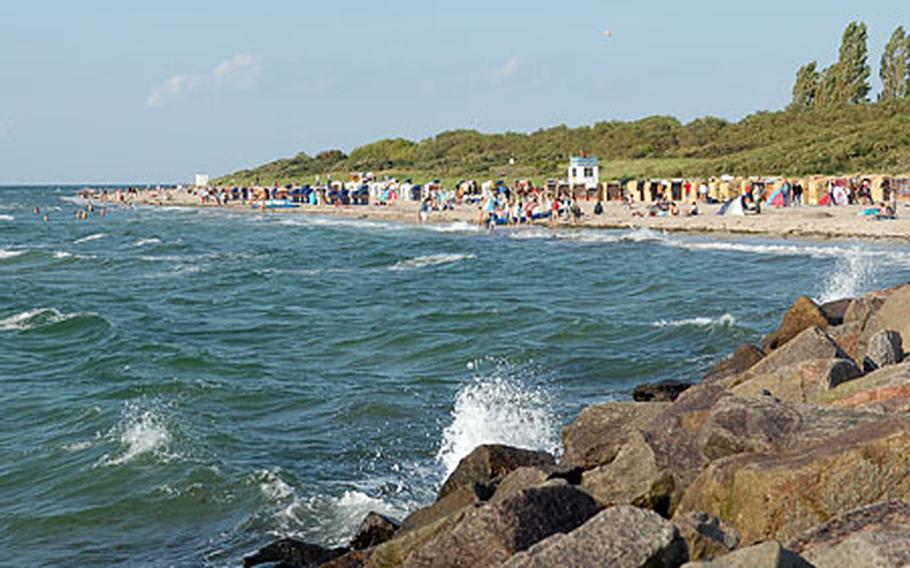 The lighthouse at Timmendorf, on the west coast of Insel Poel. (Michael Abrams / S&S)

If you&rsquo;re looking for jet-set fun, loud beach parties or wild nights, then Insel Poel is definitely not for you.

But if you&rsquo;re seeking peace and quiet, a lot of nature and long strolls or bike rides, this island on Germany&rsquo;s Baltic Sea coast might be just what the doctor ordered.

The island, across the Bay of Wismar from the city of the same name, is attached to the mainland by a dike.

It seems like one big wheat field surrounded by beaches. Only a few main roads cross the island, and most of the others are more appropriate for bicycling &mdash; if you can handle the stiff winds that sometimes blow in from the sea.

Insel Poel has about 2,900 permanent inhabitants, but in the summer, the number of people on the island swells with the influx of vacationers. There are few hotels here, though, and most visitors stay in vacation homes.

Poel&rsquo;s main town, Kirchdorf, is aptly named. Meaning &ldquo;church village,&rdquo; the old place of worship is the main attraction. Built in the 13th century in Romanesque style, its 155-foot-tall steeple is an island landmark. But its real beauty is on the inside.

The church&rsquo;s arches and vaulting are trimmed in red, yellow and blue. On one wall is an astounding Madonna, with rays of light emanating from her. It is the centerpiece of a 15th-century shrine. Check out the old crucifix, from around 1350, and the altar, which probably has stood here since about 1420. Thirty-two carved wooden figures, with Jesus and Mary at center, adorn it. The bottom row is all females, mostly saints, something quite unusual on German altars of the period.

Kirchdorf&rsquo;s other attraction is its boat-lined port and marina. A ferry connects the harbor with Wismar, across the bay, a couple of times a day.

Timmendorf-Strand is the most popular of the island&rsquo;s beaches. It is not wide, but its fine, light sand stretches quite a way along the coast. To stave off the winds, consider renting a wicker beach chair, a Strandkorb, for the day.

Besides its sandy beaches, Timmendorf-Strand also features a port with a lighthouse.

A walk along the rocks that protect the port from the sea offers a view of both.

The cafes, snack stands and restaurants behind the dunes are relatively cheap. The fish restaurant right off the port is more expensive, but quite popular.

North of Kirchdorf is Schwarzer Busch, a long white beach with a couple of restaurants and food stands. On the drive there you, pass the memorial for the Cap Arcona incident, in which, during the final days of World War II, the British Royal Air Force sank the ship, killing thousands of people, many of them prisoners of war.

Gollwitz, on the northeast tip of the island, is a town mostly of vacation homes. It is not as crowded as Timmendorf and the beach is very shallow, making it good for families with small children.

Know and go ...Insel Poel is north of Wismar on the Baltic Sea. From southern Germany, take Autobahn 7 toward Hamburg and interchange with A-1 and then A-20 east. Exit at Insel Poel and follow signs to the island, which is connected by a dike to the mainland. In summer, a passenger ferry leaves Wismar&rsquo;s old harbor for Kirchdorf a couple of times a day.

Bikes are available for rent in Kirchdorf.