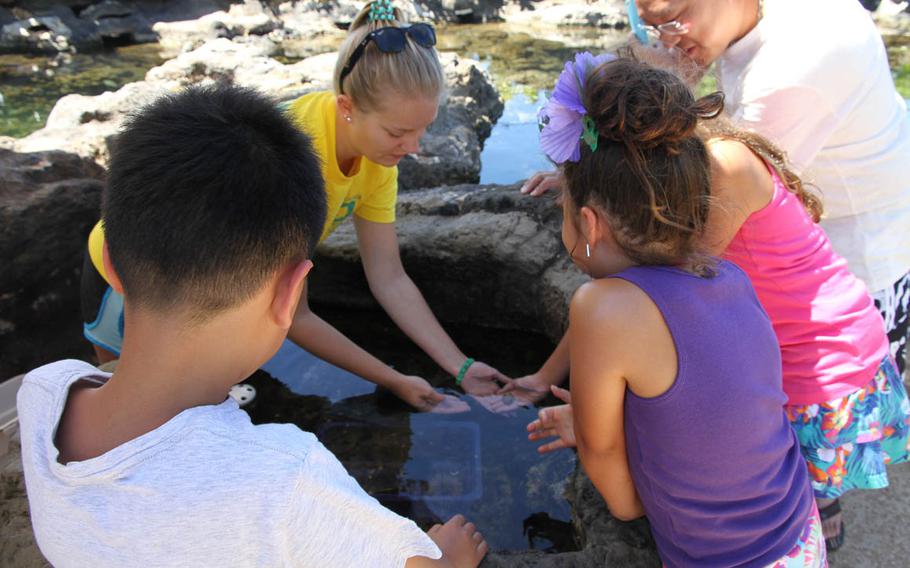 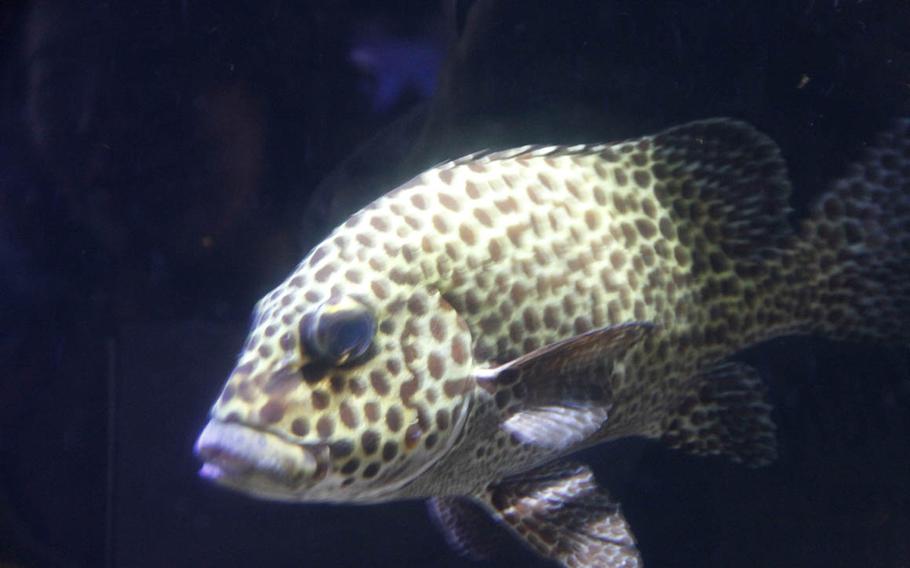 Buy Photo
The Harlequin sweetlips is one of hundreds of fish found at the Waikiki Aquarium. (Wyatt Olson/Stars and Stripes) 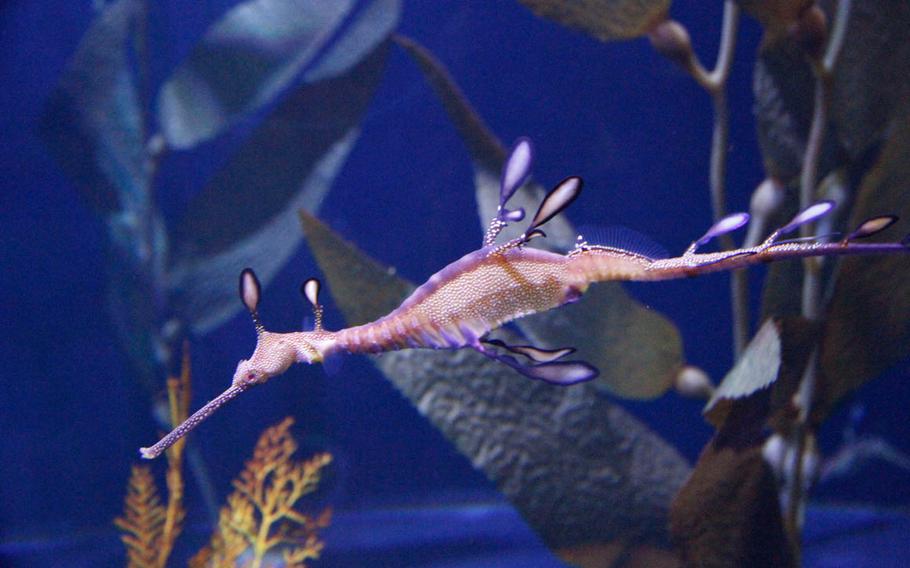 Buy Photo
A sea dragon slowly floats through its tank at the Waikiki Aquarium. (Wyatt Olson/Stars and Stripes) 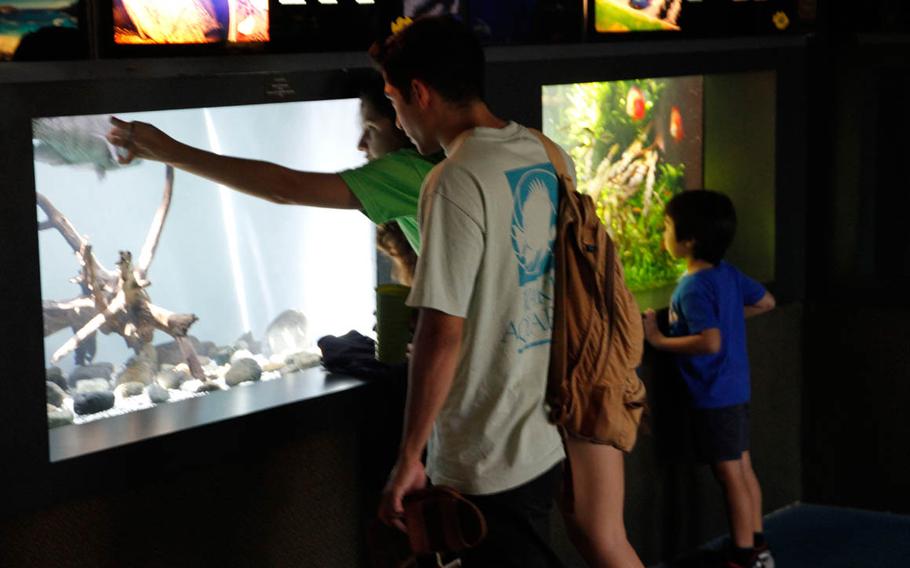 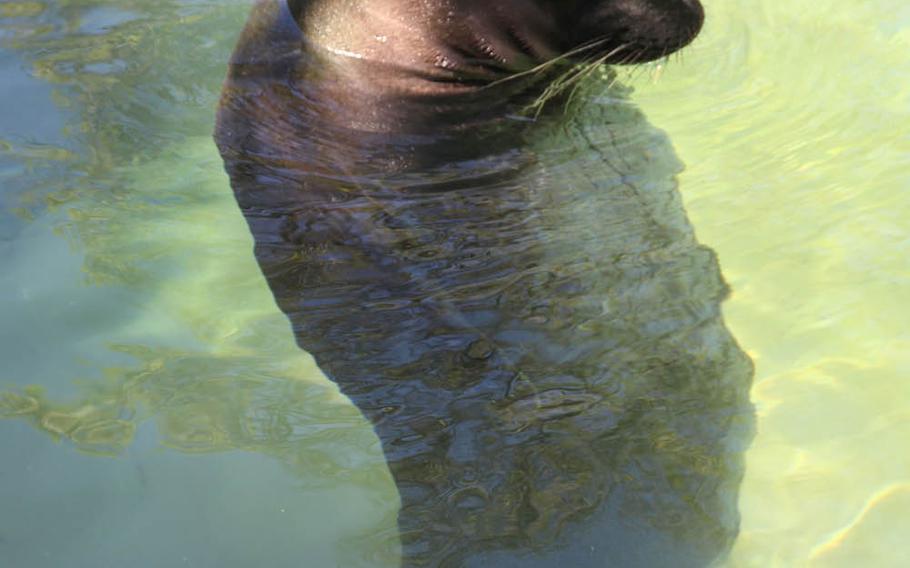 Buy Photo
A monk seal named Maka onaona, which means “gentle eyes” in Hawaiian, lolls in his pool at the Waikiki Aquarium. (Wyatt Olson/Stars and Stripes) 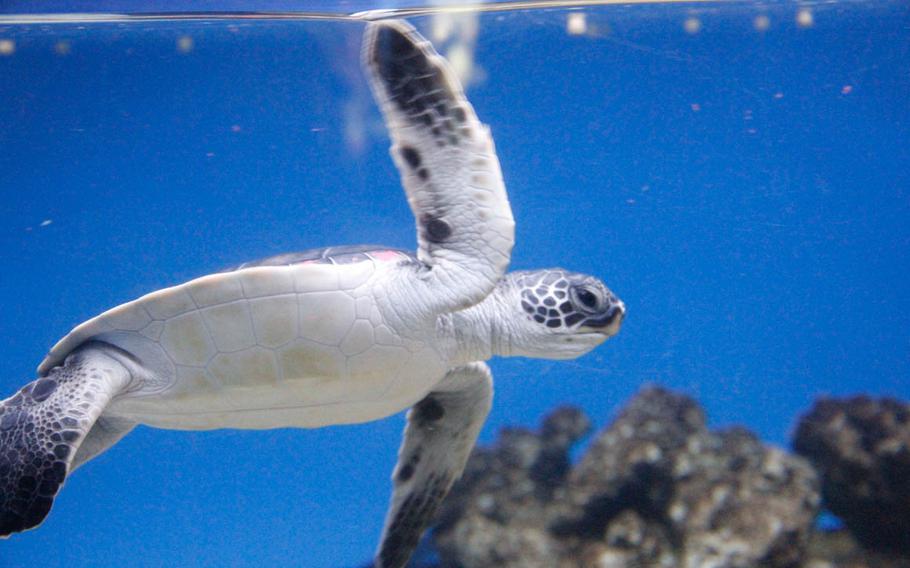 Buy Photo
The Hawaiian green sea turtle never stops moving in its tank at the Waikiki Aquarium, just as it would constantly move in the wild in search of food. (Wyatt Olson/Stars and Stripes) 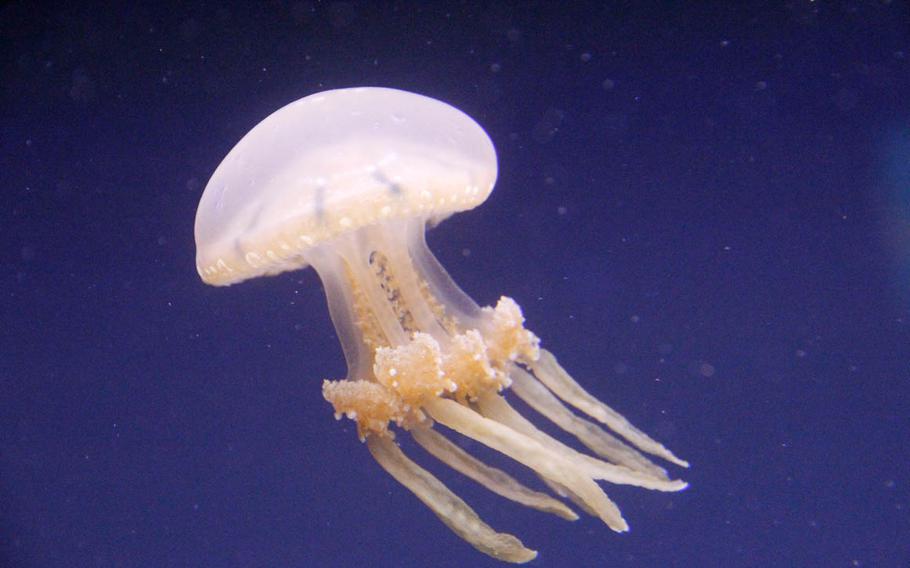 Buy Photo
The lagoon jelly is native to the Western Pacific and was accidentally introduced to the waters around Hawaii during World War II. (Wyatt Olson/Stars and Stripes) 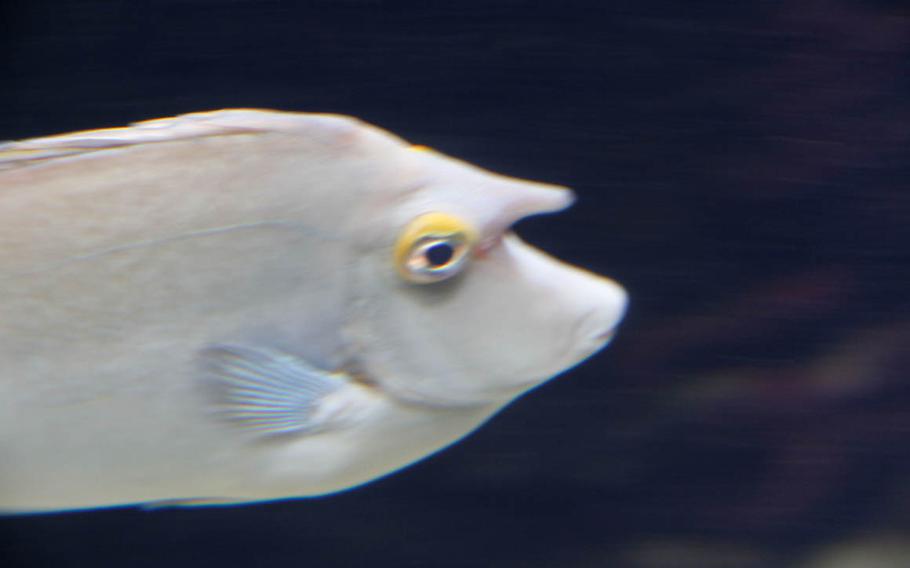 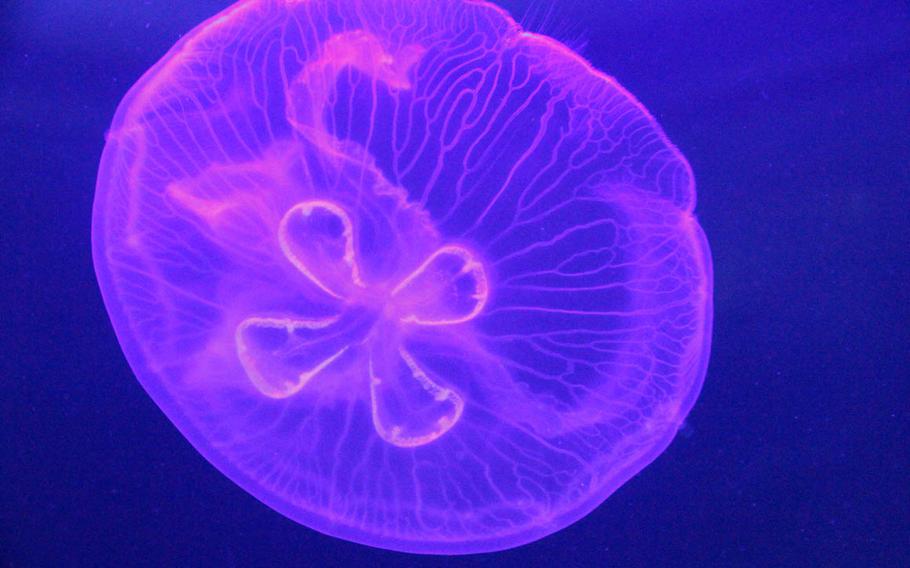 It might seem strange to visit an aquarium on Waikiki Beach with that vast expanse of sand and water already surrounding you.

But whether you’re swimming or even snorkeling, most of the undersea world floating around the Hawaiian islands remains hidden from us landlubbers.

The Waikiki Aquarium is a place to get a close-up look at much of the indigenous sea life, most notably two rare and endangered monk seals, found only here.

Touring the inside of the aquarium is a cacophonous affair, with the squeals of small children catching sight of colorful or menacing sea creatures swimming toward the glass walls.

Compared with the fish zipping around in many of the tanks, the denizens of the Amazing Adaptations Gallery are downright genteel. Here it’s worthwhile to become a statue in front of the glass to watch the slow meanderings of sea horses, pipefish and sea dragons.

They are all relatives of a sort, the family of Syngnathidae, and have evolved with highly unusual characteristics.

For instance, male sea horses carry the eggs while the females care not a whit about parenting. They are the only known animal in which the male exhibits actual pregnancy.

Two tanks are nurseries for juvenile sea horses that have been bred at the aquarium, and you can see the live food they are given to survive in captivity.

Pipefish look like long toothpicks with a fin on one end. They bob and weave in small schools and are easily mistaken for blades of seaweed.

The sea dragons on display are from the frigid waters off the south of Australia, where they float from near the sea surface to depths of 165 feet in search of miniscule crustaceans to eat.

The long tubular snout resembles a classic mythical dragon, and several of their “fins” look like a dragon’s limbs. They grow up to 18 inches long.

As they glide ever so slowly, they blend in with the waving seaweed.

The tubular snout is a characteristic they have in common with sea horses and pipefish, and this family of sea creatures share other traits that differ from their fishy neighbors.

Bony plates shield their bodies, and dorsal and pectoral fins have either disappeared or shrunk through evolution.

If you want to peer back in time millions of years, take a look at the nautilus exhibit. These creatures have descended through a half billion years relatively unchanged, earning them the nickname “living fossils.”

Like the octopus, they use “jet” propulsion to move through the sea by passing water through their bodies and ejecting it through a muscular tube called a siphon.

The chambered nautilus on display live in dark and deep waters, up to 1,500 feet below the surface.

Before the rise of fish in the oceans, varieties of nautilus dominated as predators in the sea, but today only a few species remain.

The stars of the aquarium, however, are two Hawaiian monk seals, which are found nowhere else in the sea. The roughly 1,000 estimated to still survive in the wild live in the remotest part of the Hawaiian island chain to the northwest. They are listed as endangered and protected by federal and state law.

The National Marine Fisheries Service has permitted the display of the two monk seals, named Maka onaona, which means “gentle eyes” in the Hawaiian language, and Ho’ailona, or “a sign from the sea.”

Both are male and live in separate ponds. Monk seals are solitary creatures — hence their name — and males can be aggressive toward each other.

Maka onaona is a long-time resident of the aquarium, brought there in 1984 when he was three weeks old and either abandoned or orphaned. At 7 feet long and 350 pounds, he’s reached the 30-odd years that monk seals generally live in the wild.

Ho’ailona is a newcomer. He was born in 2008, abandoned by his mother and rescued by scientists. The intention was to release him into the wild, but scientists discovered he’d developed cataracts in both eyes. He was brought to live at the aquarium in 2011, and although mostly blind, he ably swims through the deep-water pond that’s now home.

Visitors can view him at the surface or through a glass portal beside the pond.

For a sneak peek at Ho’ailona, go to the aquarium’s “monk cam” at waikikiaquarium.org/experience/webcam.