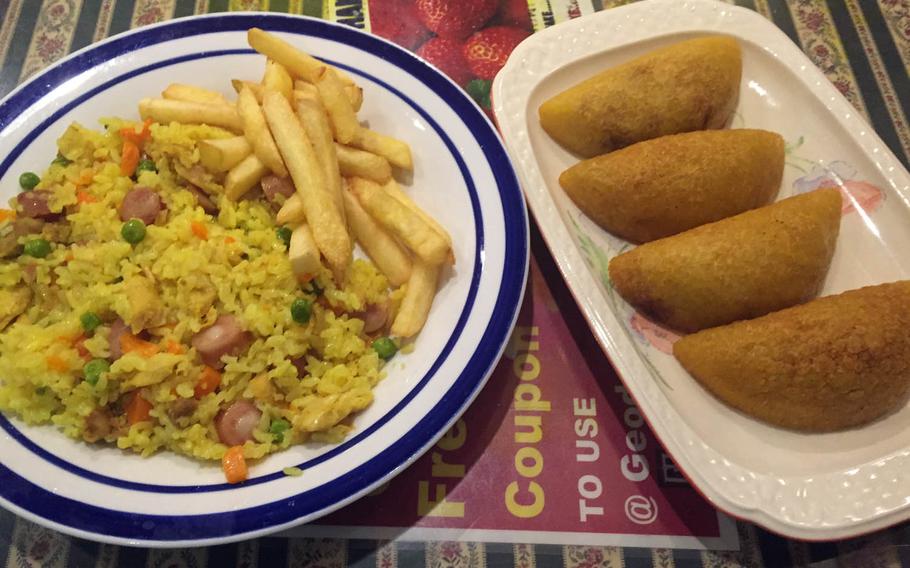 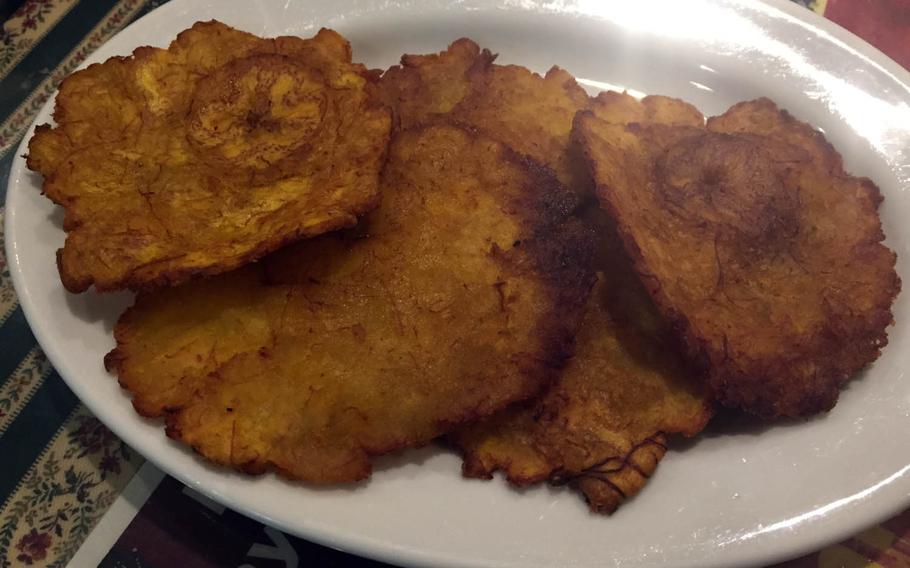 Buy Photo
A plate of patacones, or twice-fried plantains, from Geodana in Yokosuka, Japan. The Latin-American eatery boasts Colombian and Peruvian menus. (Tyler Hlavac/Stars and Stripes) 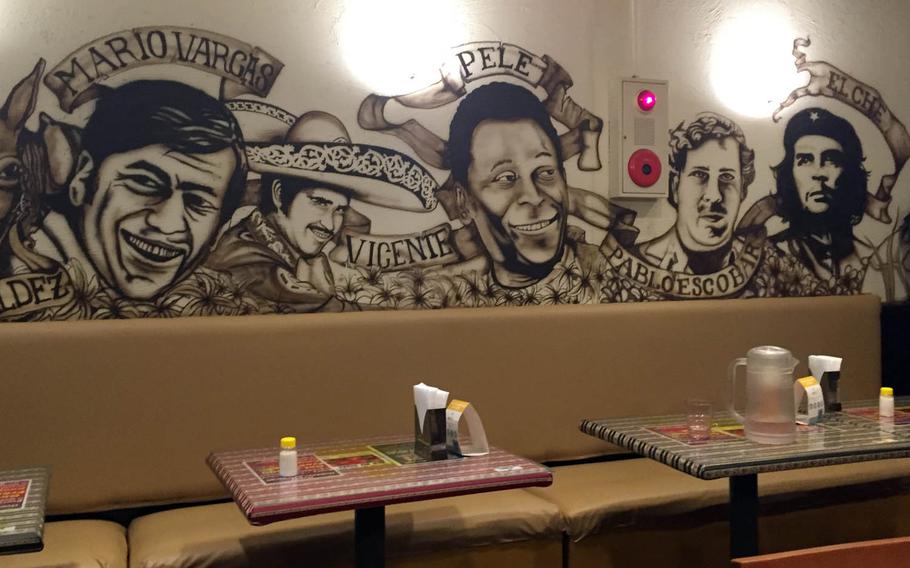 Buy Photo
A mural featuring people such as Che Guevara and Pablo Escobar covers the walls at Geodana, a Latin-American restaurant near Yokosuka Naval Base, Japan. (Tyler Hlavac/Stars and Stripes) 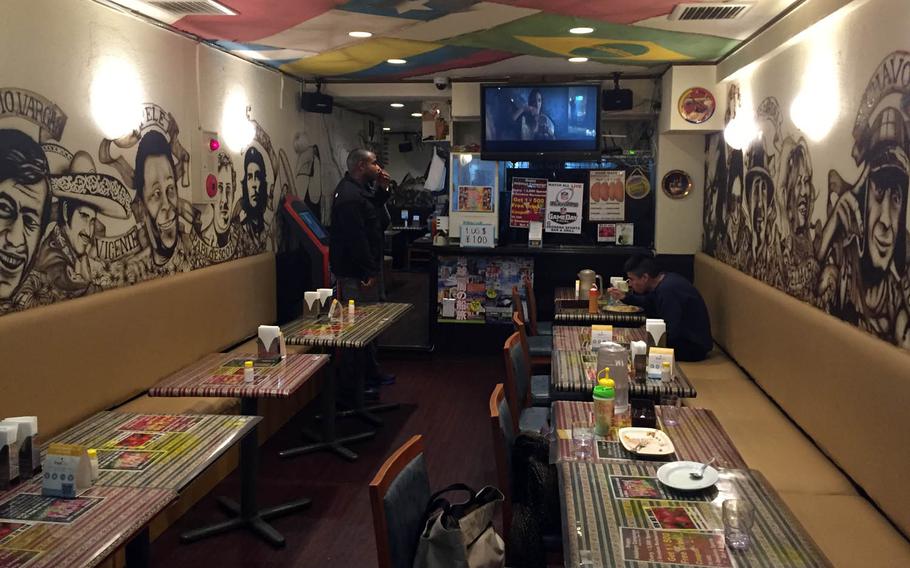 Geodana, a Latin American-themed restaurant near Yokosuka Naval Base, Japan, is something of an anomaly in the rows of bars and restaurants — called The Honch — that cater to servicemembers.

There seems to be no end to shops serving pizza, tacos, burgers and steak, along with Japanese staples like ramen and yakitori.

Geodana flips the script by forgoing predicable dishes in favor of Colombian and Peruvian menus with a multitude of options. Seafood dishes, many of which include tilapia and shrimp, are prevalent, as are those containing rice and plantains.

Large Colombian-style meals include such dishes as salchipapas (potatoes and sausage mixed with coleslaw for 1,100 yen, or about $9.85) and sancocho (soup containing chicken, plantains, carrots and cassava) for 1,300 yen, or about $11.65).

Geodana seems to draw servicemembers with Latin-American backgrounds. Reggaeton music videos play on a television, and pictures of Che Guevara and Pablo Escobar line the walls. It’s a fairly lively place — unfortunately that doesn’t extend to the flavor of the food.

The food wasn’t awful, but had no spice or kick. The taste was very basic, like something anyone could cook. It’s possible that more effort might be put into Geodana’s pricier dishes, but that’s an expensive gamble for entrees that hover around the $20 mark.

The restaurant does have a decent alcohol menu featuring a variety of margaritas, so it might be a better place to grab a drink and an appetizer instead of a full meal.

Information: Phone: 046-825-6717. The website, www.geodana.com, has pictures and descriptions of its menu items.