Gelateria near Naples serves some of best gelato around 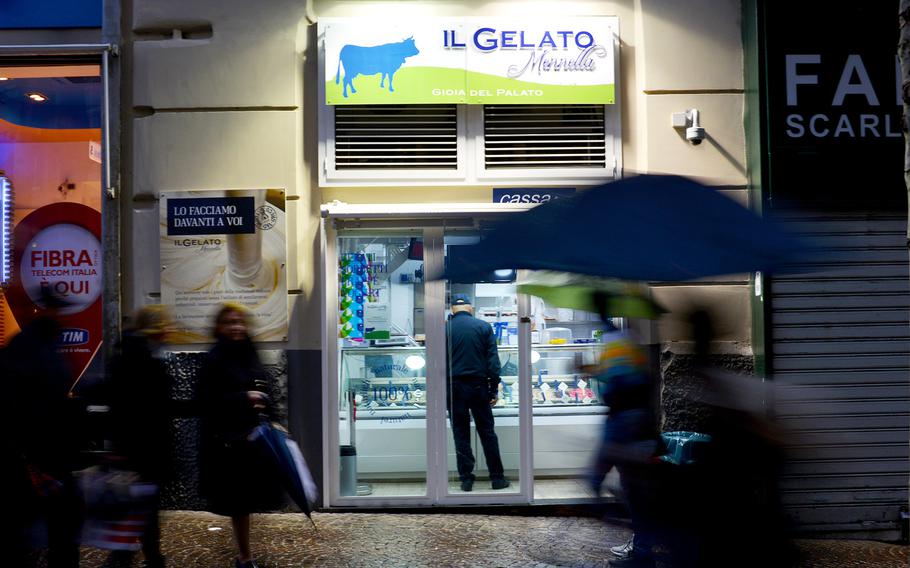 Buy Photo
Il Gelato Mennella in Vomero stands out in the Naples, Italy, neighborhood of Vomero, where gelaterias are as common as paving stones. (Steven Beardsley/Stars and Stripes)

Buy Photo
Il Gelato Mennella in Vomero stands out in the Naples, Italy, neighborhood of Vomero, where gelaterias are as common as paving stones. (Steven Beardsley/Stars and Stripes) 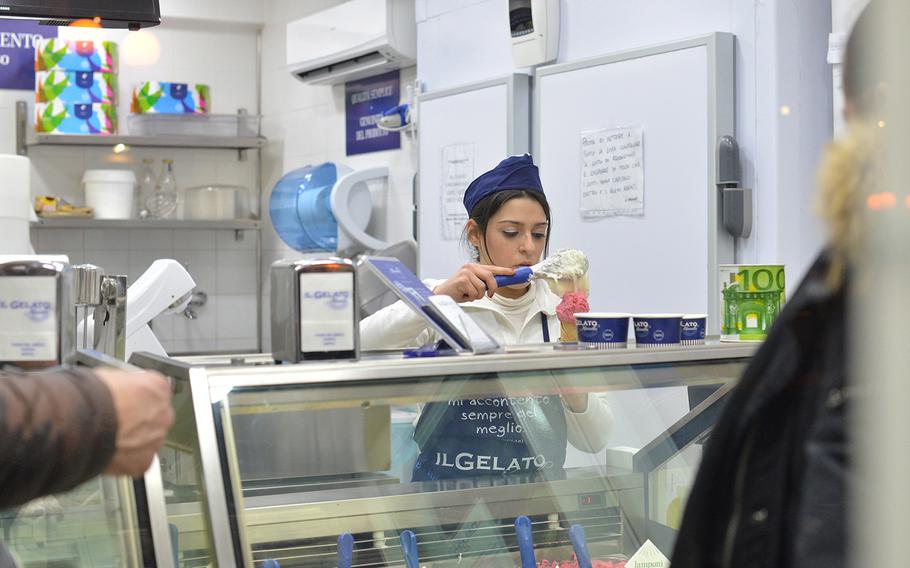 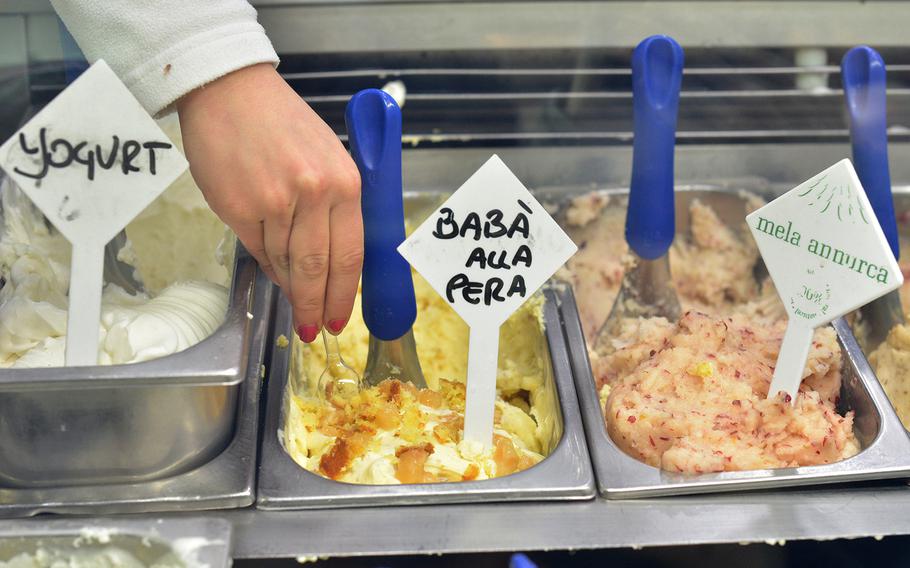 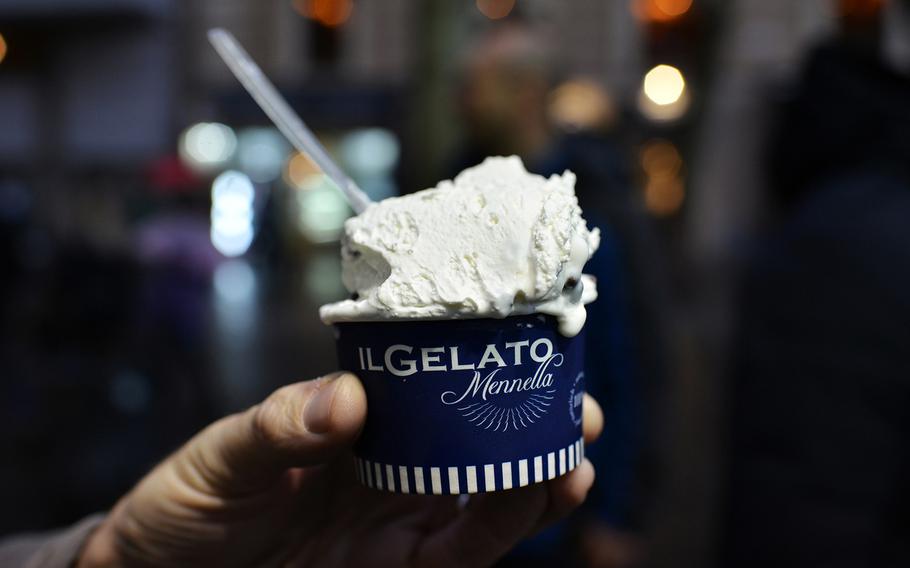 Buy Photo
The offerings at Il Gelato Mennella are creamy and rich, with the sweetness dialed back to allow natural flavors to come through. (Steven Beardsley/Stars and Stripes) Buy Photo
A cone from Il Gelato Mennella, with pistachio, blueberry and a dollop of whipped cream on top. (Steven Beardsley/Stars and Stripes)

Some might say it depends on personal preference and the gelateria making and serving the creamy eat-it-whenever treat.

Those people are wrong, of course, because the answer is pistachio. And one of the best pistachio gelatos can be found in a little shop on the corner of Piazza Vanvitelli in Naples’ Vomero neighborhood, an area familiar to most Navy personnel stationed at the nearby base in Capodichino.

Since appearing on our radar about six months ago, Il Gelato Mennella has become a favorite when in Vomero, no small feat in a neighborhood dotted with little gelaterias and in a piazza that boasts two other very good shops, Casa Infante and Fantasia Gelati.

What separates Mennella is flavor and richness. This is gelato’s gelato, with the sweetness dialed back in favor of cream and natural flavors. The gelato at Mennella is richer than most, and two scoops here can feel more decadent than elsewhere. That’s before the addition of panna (heavy whipping cream) that comes optional with every serving and the buttery cone below.

Mennella touts its use of all-natural ingredients, and its posters claim it avoids hydrogenated fats, preservatives, chemical aromas and artificial colors in its gelato. Color alone suggests as much; Menella’s pistachio is browner than green, its blueberry a dark violet — the color of real, crushed blueberries.

The shop’s offerings extend from the basics — lemon, stracciatella and coffee — to the inspired (pear babà, a takeoff on Naples’ beloved rum-soaked sponge cake), and a few oddballs like pine nut (very good, actually). Flavors change regularly, and servers gladly give small samples to the indecisive. Sorbet and frozen yogurt are also available in limited flavors.

Mennella is local to the Naples area and has three other shops in the area, including downtown and two towns bordering Mount Vesuvius, Torre del Greco and Portici.

Wherever the shop, and whatever the flavor, Mennella is unlikely to disappoint. And if one of your two scoops is pistachio, all the better.

Cost: 2.50 euros (about $2.75) for a standard cone, which comes with two scoops and a dollop of heavy whipped cream. Children get a small gelato for only 1 euro.