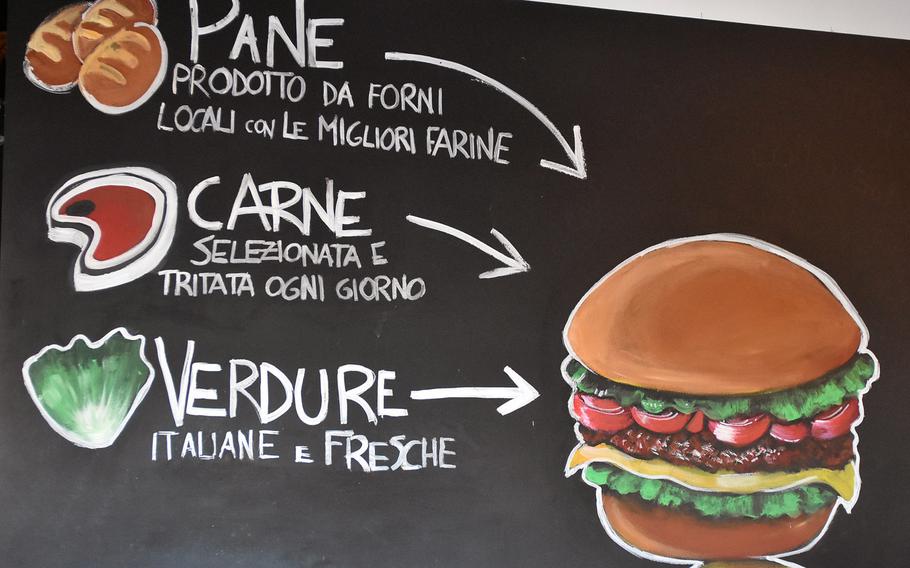 Buy Photo
What goes into a hamburger at Funky Go? This sign on the wall describes the ingredients. (Kent Harris/Stars and Stripes)

Buy Photo
What goes into a hamburger at Funky Go? This sign on the wall describes the ingredients. (Kent Harris/Stars and Stripes) 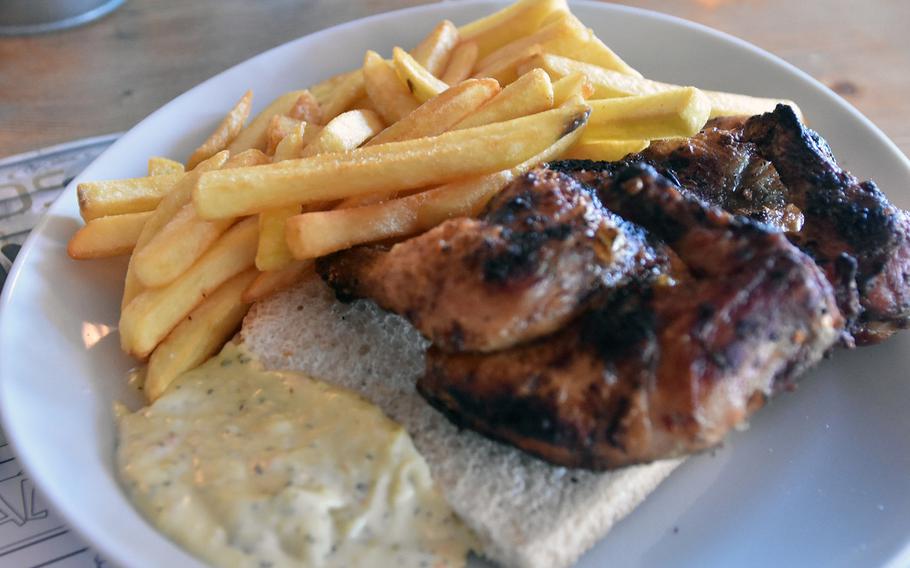 Buy Photo
The signature dish at Funky Go, a restaurant along the SS-13 outside Sacile, is barbecued chicken. It's offered with French fries or fried vegetables, a slice of toast and sauce. (Kent Harris/Stars and Stripes) 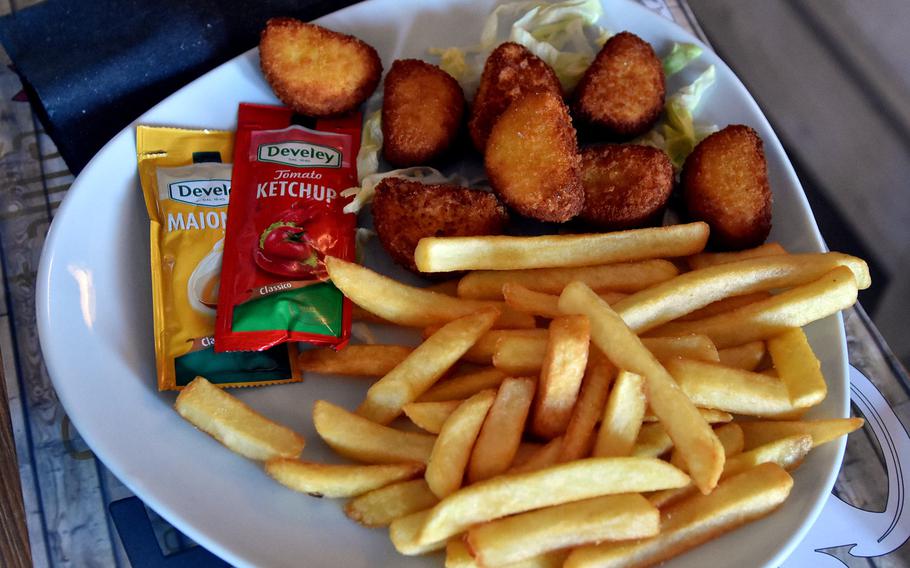 Buy Photo
One of the options for kids at Funky Go in Pordenone, Italy, is chicken nuggets and French fries. (Kent Harris/Stars and Stripes)

There’s far from one way to cook a chicken in the United States. So it shouldn’t be surprising that a restaurant in Italy that specializes in American-style food makes it with a bit of a twist. Essentially, take a large portion of chicken, marinate it for 72 hours in a special, undisclosed sauce, then roast it over a wood and charcoal fire for about 50 minutes. Funky Go’s signature plate is some of that chicken with a portion of fries or fried vegetables. Add a piece of lightly toasted bread and some sauce that’s sort of mayonaissey with hints of other stuff. That dish, referred to as the Funky Gallo, goes for 12 euros ($14) — unless visitors print out a coupon from the restaurant’s Facebook page. In that case, a table of up to eight people can get the special for 8 euros on a Thursday night. Though barbecued chicken is definitely Funky Go’s highlight, the restaurant also offers sandwiches, hamburgers and hot dogs. The hamburgers, listed under a “gourmet” section, vary depending on tastes — and appetites. Vegetarians can get one without meat. Bacon lovers are in luck with another one. And for those with a hefty appetite for a 1.5-kilogram mass of meat, the kiloburger is the biggest — and costliest — thing on the menu at 25 euros. If heart trouble ensues, the hospital in Pordenone is just a few miles away off the SS-13! There’s a play area for kids, who have their own menu, which features fries and choices of chicken nuggets, hamburger, wurst or chicken cutlets. Another bonus for kids (and adults): Each table gets a small bucket of shelled peanuts to munch on. A summer menu offers salads (with or without chicken) and half portions of standard fare. On Friday nights during the summer, there’s live music. Most of the ingredients in the dishes are produced in the local area, so there’s literally and figuratively an Italian flavor in the American-style food. harris.kent@stripes.com