For its 'temple food,' Balwoo Gongyang boasts a Michelin star 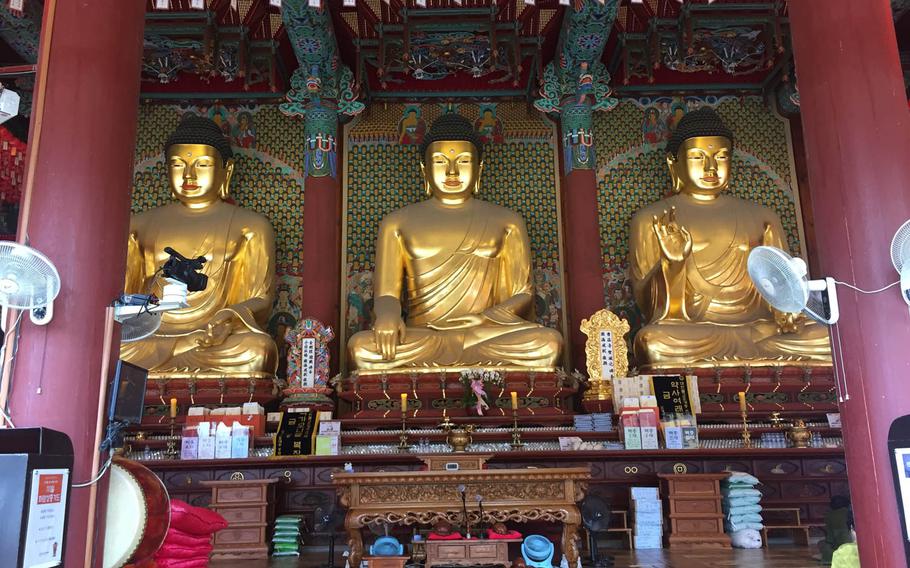 Buy Photo
A view of the Jogyesa Temple in Seoul, South Korea. It's across the street from the Michelin-starred restaurant Balwoo Gongyang, which serves Korean temple food. (Kim Gamel/Stars and Stripes)

Buy Photo
A view of the Jogyesa Temple in Seoul, South Korea. It's across the street from the Michelin-starred restaurant Balwoo Gongyang, which serves Korean temple food. (Kim Gamel/Stars and Stripes) 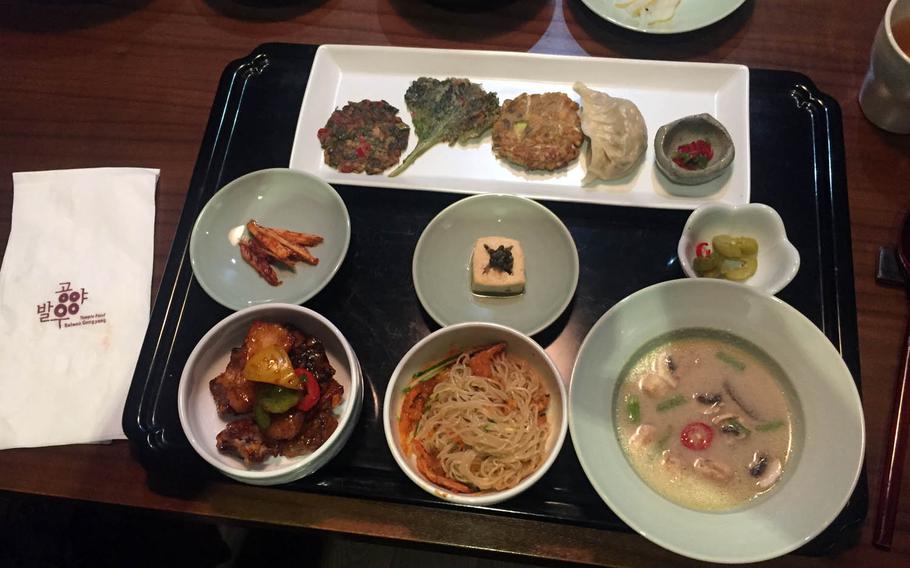 Buy Photo
Korean pancakes and cold noodles with a spicy shiitake mushroom and pear sauce are among several courses served as part of a set menu at Balwoo Gongyang in Seoul. (Kim Gamel/Stars and Stripes) 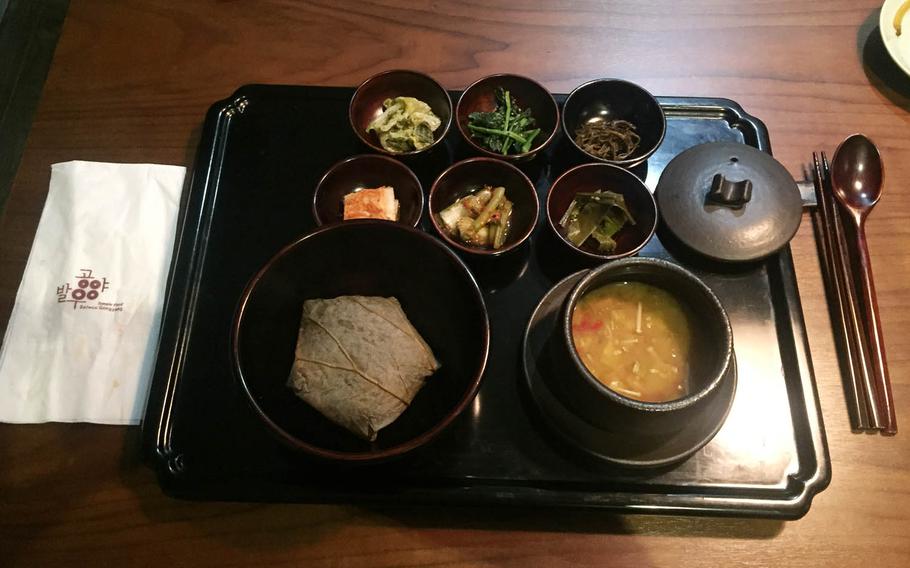 Buy Photo
Sticky rice wrapped in a lotus leaf and spicy soybean paste stew are the highlights in the main course as part of a set menu at Balwoo Gongyang, a Michelin-starred restaurant serving traditional Korean Buddhist temple food in Seoul. (Kim Gamel/Stars and Stripes)

When asked why one set menu was more expensive than another, our waiter gave an answer worthy of a car salesman. “If you’re just hungry, then you could choose this one,” he said, pointing to the cheaper version called Won, or Righteous Wish. “But if you want an experience, then you should choose Maeum.” We of course went for Maeum, or Awareness of Mind, and spent the next two hours sampling a colorful array of vegan courses based on traditional Korean temple food for 65,000 won (about $60). Balwoo Gongyang, near the popular tourist district of Insadong in downtown Seoul, opened in 2009 as a way to promote Buddhist temple food, which it promises on its website will make the “body and mind healthy.” Its reputation was boosted last year when it received a coveted Michelin star in the culinary guide’s first edition for the South Korean capital. The Michelin Guide said in its citation that the restaurant, which is run by the Jogye Order of Korean Buddhism, had succeeded in changing the public perception of temple cuisine: “Temple cuisine had been perceived as bland and flavorless, as it does not contain any garlic, green onions, chives, wild chives and onion in addition to being vegan. But, the dishes here boast a depth of flavor, seasoned with house-made gochujang, doenjang and soy sauce.” The colorful food was as delightful to look at as to taste, starting with an appetizer of vegetable sticks with fermented tofu paste, a spicy porridge and cucumber jelly with kelp and persimmon that was aged for seven years. In all, we had more than 20 dishes served in five courses. Many were bite sized, such as a tempura-style leaf pancake, a delicious dumpling and grilled bean curd. Others were more substantial, including chewy deep-fried and caramelized mushrooms and cold noodles with a spicy shiitake mushroom and pear sauce that is said to make even the usually stoic monks smile. Diners should pace themselves to fully enjoy the main course complete with sticky rice wrapped in a lotus leaf and spicy soybean paste stew. We were full by the time the waiter brought dessert, but the persimmon with yam and pear foam was light and delicious enough to be the perfect final touch. The restaurant, which is composed of several private dining rooms on the fifth floor of the Templestay Information Center directly across the street from Jogyesa Temple, offers four tasting menus. Most are made to order, but the Hee, or Joy, menu, which is the most expensive at 95,000 won (about $85), must be ordered a day in advance for at least two people and requires a 50 percent deposit. Corkage service is available during dinner service for 20,000 won ($20).gamel.kim@stripes.com