Europe offers unique and memorable ways to say goodbye to 2009 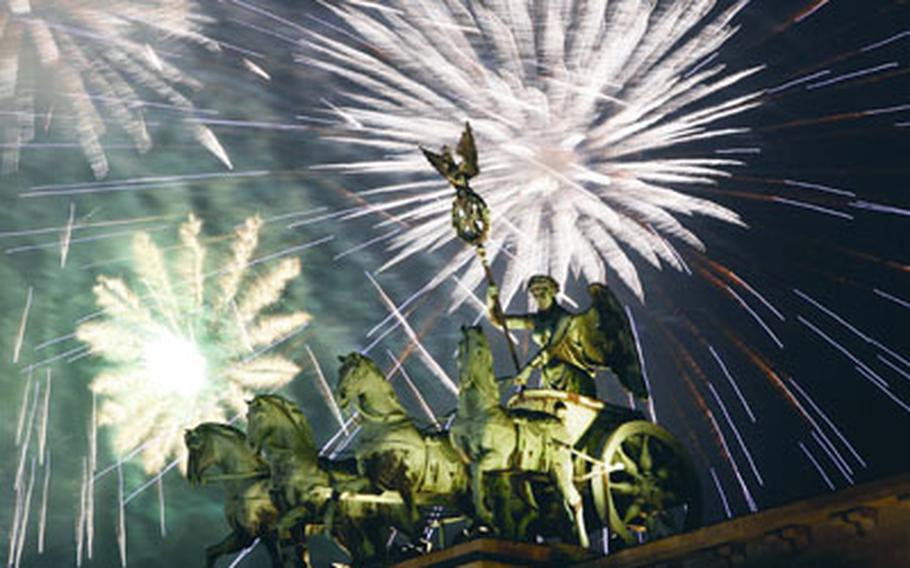 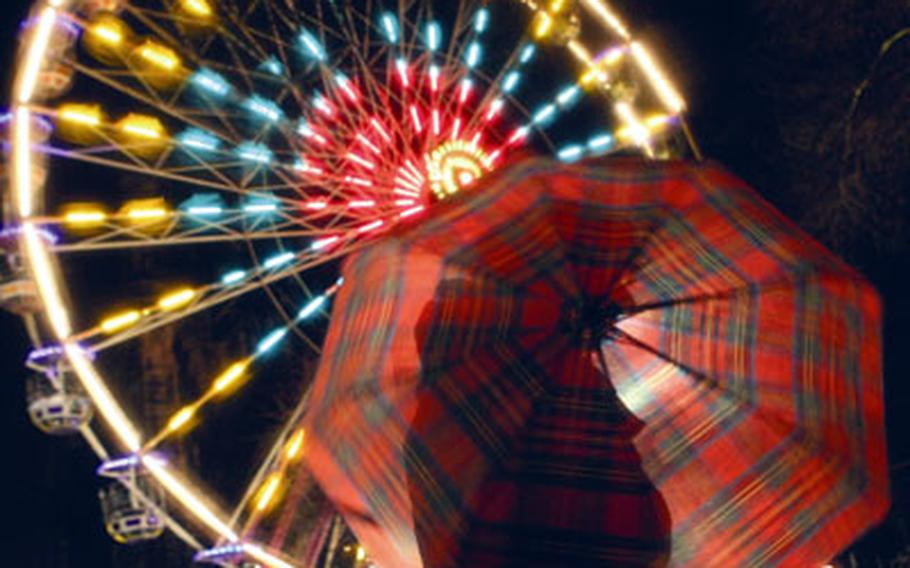 After the smoke from the fireworks clears and our party hats disappear, we ask ourselves: How was that celebration different from last year&#8217;s?

It isn&#8217;t too late to make this year&#8217;s celebration one you&#8217;ll talk about all through 2010. Scouring the Internet will lead to tons of ideas for where and how to spend the last eve of 2009. And while many are likely to involve massive crowds and morning-after hangovers, you are also likely to find some interesting alternatives, ranging from nude swims to tossing fireballs into the sea. Surely, none of the suggestions below will be easily lost in the hazy memories of parties past.

&#8226; Replace fireworks with fireballs: At the stroke of midnight in Stonehaven, Scotland, about 50 local residents swing 5-to-15-pound fireballs over their heads as they parade through town in an ancient ritual. The participants end their journey through the fishing village at the harbor, where they toss the fireballs into the sea.

There are many theories on how the tradition began, but all have it dating before Christianity. One story says a shooting star passed over the village and the following harvest was bountiful. The fireballs represent the star and the prosperity they hope for the next year.

&#8226; Get physical: The Sahara Desert is the stage for the sixth annual New Year Zagora Marathon. For about 15 euros, participants can either run a half- or full marathon across the desert, through an oasis and over a nearly 1,200-foot hill. Stations with water, dried fruit and toilets are placed about every five kilometers. After the race, unwind with a party in the desert. Entry fee for the party is 35 to 65 euros.

If a marathon is too much, the annual Berlin fun run might be your speed. Traditionally, runners dress in costumes such as pirates, clowns or witches for a chance to win a prize for the best get-up. For between 7 and 15 euros, participants can run courses ranging from two kilometers to 9.9 kilometers. Or, you can just watch the waves of oddly dressed runners navigate the course, which begins and ends at Mommsen Stadium. Afterward, Berlin hosts the world&#8217;s biggest open-air New Year&#8217;s Eve party at the Brandenburg Gate. The party features live music, dancing, food and a fireworks finale.

&#8226; Hot destination: If you are looking for a getaway in summertime weather without crossing the equator, Tropical Islands Dome near Berlin may be a perfect replacement. According to its site, the dome is the largest indoor enclosure in Europe and houses seven tropical-themed areas.

The entry fee is between 99.50 and 139 euros for adults, depending on which section of the dome you&#8217;re visiting, and a fixed rate of 79.50 euros for children. Fees include meal and a drink. Hotel accommodations are also available within the dome.

&#8226; Heavenly experience: 2009 was designated the Year of Astronomy by the International Astronomical Union. Coincidentally, the year will end with a partial lunar eclipse on New Year&#8217;s Eve. The moon passing through the outer region of the Earth&#8217;s shadow, known as the penumbra, will be visible from Europe, Asia, Africa and Australia&#8217;s west coast at 7:24 p.m. GMT. The nearly full moon should become darker as the shadow passes over it and may have a red tint to it.

&#8226; Have a good laugh: Amused Moose Soho night club in London will be host to a New Year&#8217;s Eve comedy show featuring comedians Ben Norris, Hal Cruttenden and Nick Revell. It costs 39.50 pounds to enter the award-winning venue&#8217;s show; doors open at 7 p.m. and don&#8217;t close until 5 a.m. Fees cover a buffet and a lifetime membership to the club. The show is followed by dancing and a disc jockey playing genres like rhythm and blues.

&#8226; Wacky traditions: A dip in the Mediterranean Sea might not sound like the thing to do in winter, but every year swimmers meet in Port Nature at Cap d&#8217;Agde, France, for the Last Swim of the Year. No costumes needed for this event. Actually, it&#8217;s the opposite, as most bathers hit the chilly waters nude (but nudity is not required). The event draws elected officials, local residents, tourists and wedding parties, all, except for the last group, in their birthday suits. This year will mark the 22nd year of the naturalist polar bearing tradition. Participate or watch for free. See www.whatsonwhen.com/sisp/index.htm?fx=event&event_id=187573.

At Puerta del Sol in Madrid, Spain, a tradition of eating a grape on each of the 12 tolls from the bell at Casa de Correos draws a decent crowd. According to those who&#8217;ve been there, this is more difficult than it sounds for a rookie. Participants must eat 12 grapes in 12 seconds, which will, according to legend, give you 12 months of good luck. It often leads to laughter and half-eaten, flying grapes. The tradition doesn&#8217;t just happen in Madrid; Latin cultures around the world partake in the grape-eating sacrament.