Castel Brando, perched on a hilltop overlooking several villages, has stood as a bastion against enemies for more than 2,000 years. Now catering to hotel guests and tourists, it’s an easy drive from Aviano and Vicenza. (Kent Harris / S&S)

Castel Brando, perched on a hilltop overlooking several villages, has stood as a bastion against enemies for more than 2,000 years. Now catering to hotel guests and tourists, it’s an easy drive from Aviano and Vicenza. (Kent Harris / S&S) On a clear day, you can see for miles from Castel Brando, a remodeled palace built on the remains of ancient ruins a short drive from Vittorio Veneto. (Kent Harris / S&S) 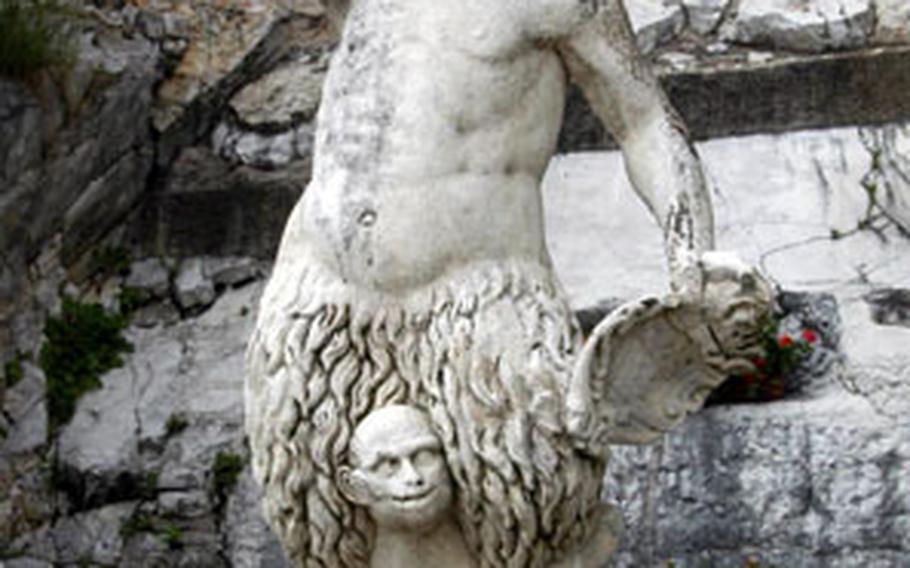 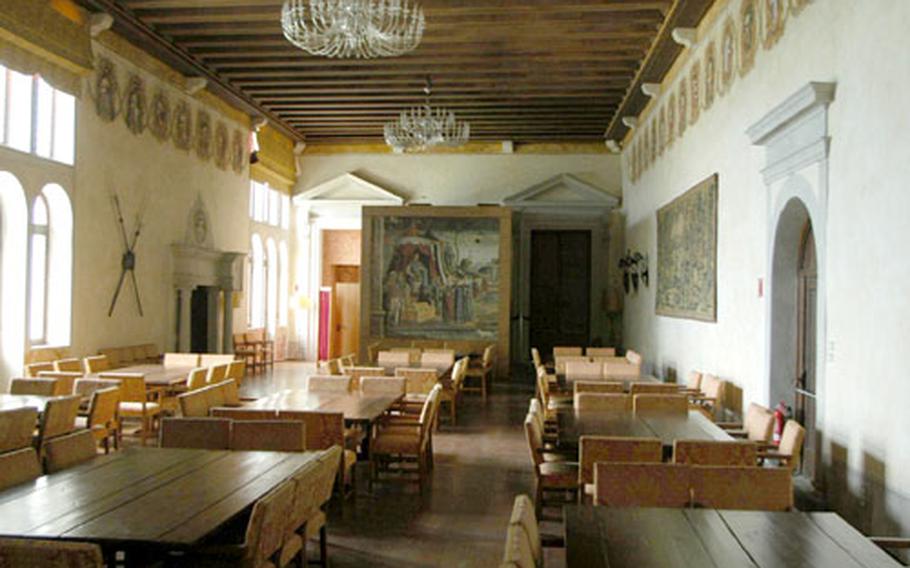 This large hallway was a gathering place for those who lived near Castel Brando. This part of the palace dates to the early Renaissance period. (Kent Harris / S&S)

There aren&rsquo;t a lot of enemies around to threaten Italy&rsquo;s Castel Brando these days.

That means only those lacking a euro for the funicular, a reservation for the hotel inside or the stamina to climb the hill are kept away. No one is left to pour scalding oil on or shoot arrows at intruders.

Not that the people who operate Castel Brando would want to. They want to encourage visitors to come see their hilltop center, which is more like a palace than the fortification it once was. It includes an enticing collection of restaurants and bars, with a four-star hotel, museum and spa mixed in.

A structure has stood on the hill for centuries, and like the country surrounding it, it has seen some tough times and more than a few masters.

&ldquo;The first construction was a watchtower built by the Roman Empire,&rdquo; Patrizia Casagrande says during a guided tour of the castle.

However, the Romans, who set up shop to support a road that passed through the mountains into Austria and Germany, probably wouldn&rsquo;t recognize the place. Very little is left from that period, Casagrande says. The series of invasions from the north by the Goths, Ostrogoths, Vandals and Lombards spelled the end of the Roman Empire and opened a new phase for the castle and its surroundings. The Lombards stayed and added onto the structure, though not much of what they did is around today either.

The Da Camino family took up residence during the time of Charlemagne and his Holy Roman Empire in the 800s. The family was prominent enough to receive a mention in Dante&rsquo;s &ldquo;Divine Comedy.&rdquo;

After winning renown and favor from Venice in a series of wars, the Brandolini family took over the castle that still bears part of the family&rsquo;s name. More than 500 years of ownership (1436-1959) probably had something to do with that. Most of the modern palace was built in the 1700s, with an upper part that&rsquo;s several hundred years older.

The Salesiani order of the Catholic Church bought the property and about 100 brothers moved in. By 1997, only a handful were left, and the castle had fallen into disrepair.

Massimo Colomban, a local businessman who has achieved international success in the construction business, purchased the property and set about a massive restoration job that took three years.

Since 2000, the castle has operated as a tourist destination. But it attracts more attention locally for the special events it hosts, such as a monthly dinner with medieval themes and entertainment. And of course the spa, which might make some of those Romans believe they lived in the wrong century.

On the QTDIRECTIONS: Castel Brando is near Vittorio Veneto in the province of Treviso. It&rsquo;s 39 miles by car from Aviano Air Base &mdash; about an hour&rsquo;s drive. Take the SS13 to the A27 in Conegliano and exit at Vittorio Veneto Nord. Follow the brown signs for the castle or the signs for the village of Cison di Valmarino. It&rsquo;s about the same distance from Vicenza. Take the A4 past Mestre to the A27 and head toward Belluno.

TIMES: Tours are available during the week by request or by showing up from 4 to 7 p.m. Saturdays, or from 10 a.m. to noon and 3 to 6 p.m. Sundays from May to September. There&rsquo;s no break for lunch from October to April. Call ahead to make sure an English-speaking guide is available. Operating hours of the restaurants vary. The spa is open 2 to 10 p.m. Tuesday through Friday; 10:30 a.m. to 1 p.m. and 3 to 7 p.m. on weekends.

COSTS: Parking is free in the car park at the base of the hill. Tickets for the funicular that starts there and ends at the castle cost 1 euro. Spa prices range from 15 euros for a manicure to 60 euros for an hourlong massage. There are also packages that include one- and two-night hotel stays for 245 and 394 euros.

FOOD: There are three restaurants and eight bars, catering mostly to hotel guests for lunch. You&rsquo;ll generally pay for the atmosphere. There are other options offering simpler fare en route to the castle.

INFORMATION: The Web site is www.castelbrando.it. It has information on attractions, costs and special events. Call (+39) 0438- 9761 and ask for Francesca or Silvia to make reservations for tours.