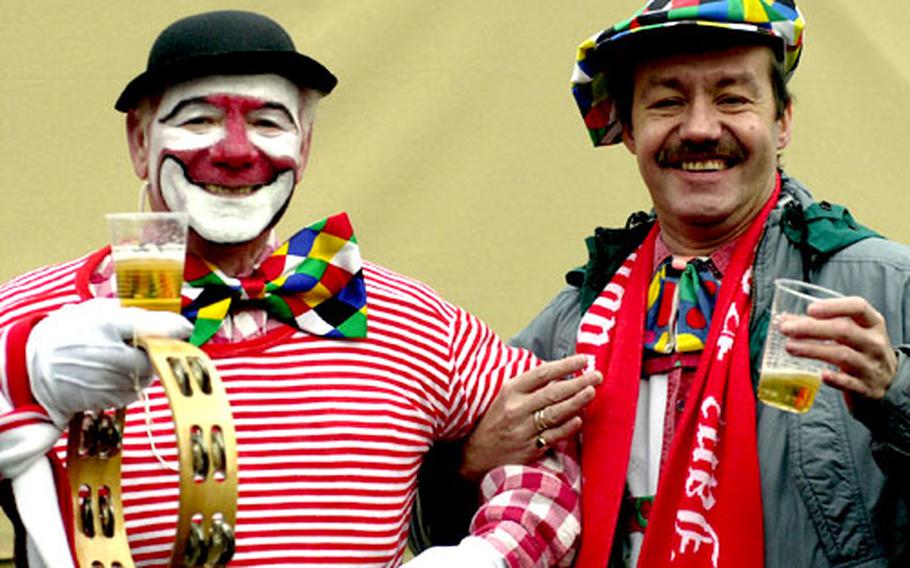 This yellow fellow with a big, musical smile marched with lookalikes in the “Corso Final” on Fat Tuesday in Nice, France. (Michael Abrams / S&S) A “Biss,” a charachter of the Rottweil, Germany, Carnival marches through the streets of the town during the Rose Monday “Narrensprung” (fools’ jump). (Michael Abrams / S&S) 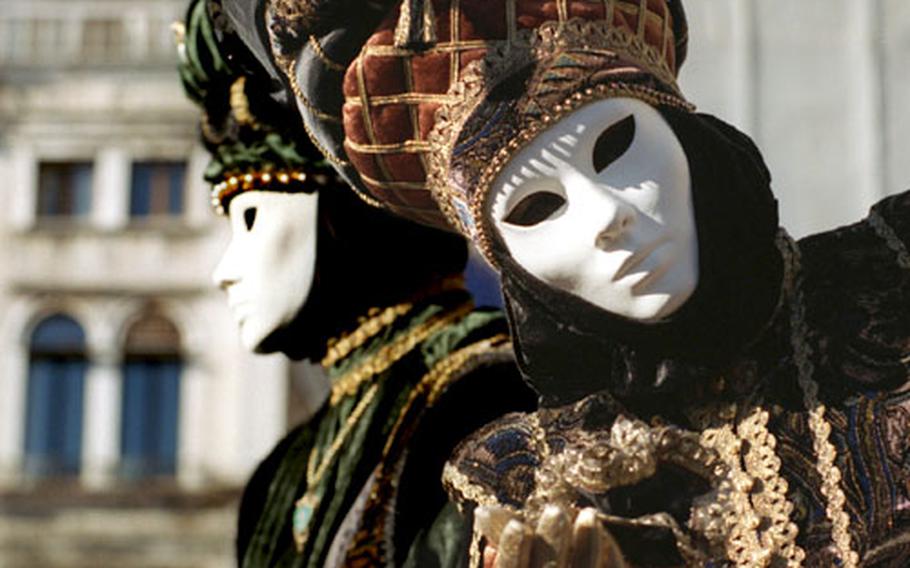 In Venice, elaborate and elegant masks put the emphasis on mystery. Who could it be behind the mask? (Michael Abrams / S&S) 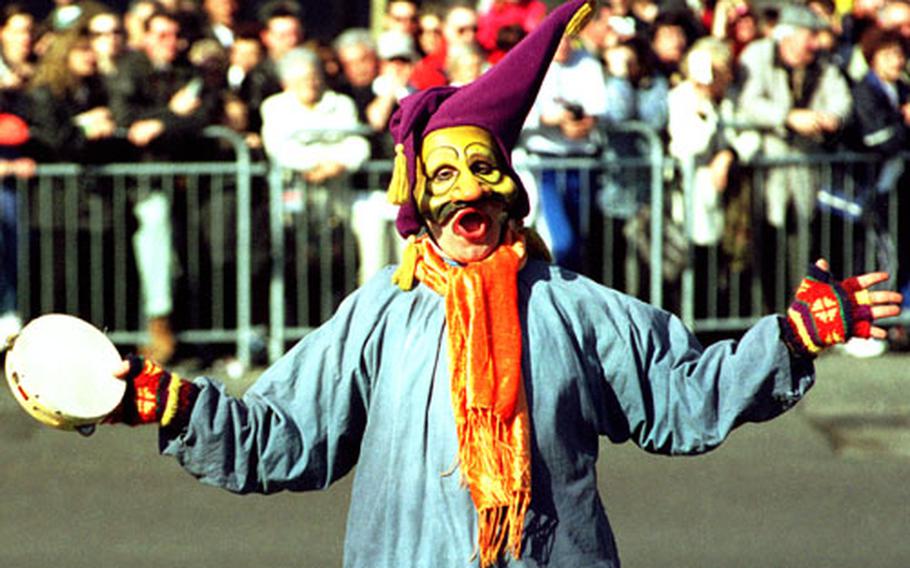 A jester clowns around during the “Bataille de Fleurs” (battle of the flowers) parade during Carnival in Nice, France. (Michael Abrams / S&S)

Call it Karneval, Carnivale or Carnival. Call it Fasching, Fastnacht or Fasnet. Celebrate it in Germany or Italy, Spain or Switzerland. Indulge in Belgium, the Netherlands or Croatia &#8212; and in many places in between.

&#8220;Carnival&#8221; probably comes from the Latin carne vale, meaning &#8220;meat, farewell&#8221; because the celebration is a final feast before the 40 days of fasting for Lent. Supporting this theory is the German Fastnacht, which means &#8220;fast night,&#8221; referring to the night before fasting begins on Ash Wednesday.

While the word&#8217;s origin is uncertain, one thing is clear: Carnival means fun.

Germany is a Carnival smorgasbord, with each region offering something a little different. Among the main attractions are the big Rose Monday (Rosenmontag) parades &#8212; on Feb. 23 this year, two days before Ash Wednesday &#8212; in Mainz, Cologne and D&#252;sseldorf. Up to 1 million people will line the streets for floats, marching bands, jesters, clowns, beer drinking and fun.

In the Black Forest, the affairs are a little stranger and more frightening. Wearing colorful costumes and wooden masks that look like old women, wild animals or witches, marchers sweep the streets and spectators with switch brooms crack whips and bonk the unwary with blown-up pig bladders.

Italy has several big bashes that deserve a look. In Viareggio, large floats take over the city streets, a tradition started in 1873. Every year thousands flock to Venice to observe and participate in its unique custom of individuals roaming around town in flamboyant masks and elegant costumes, striking a pose as the spirit moves them.

And on Sicily, the place to be is Acireale, where elaborate costumes and colorful floats fill the streets, along with confetti and 100,000 spectators.

Two hot spots for Spanish carnival are the Canary Islands, in the Atlantic Ocean off Africa, and C&#225;diz in southern Spain near Naval Station Rota. C&#225;diz festivities begin the Thursday before Ash Wednesday and last until the following Sunday &#8212; so its party continues after it is over elsewhere.

In France, it&#8217;s all about flowers and floats at the Carnival in Nice, sort of the Parade of Roses meets Mardi Gras with a satiric twist. Festivities run for nearly two weeks, this year from Feb. 13 to 25.

And in the Benelux, it&#8217;s about tradition &#8212; some very strange ones in Binche, Belgium, and Maastricht, Netherlands. The Gilles are the symbol of Binche Carnival, and on Shrove Tuesday, they parade through the streets dressed in striking orange costumes and masks, tossing oranges to the crowd.

The same day, the Zaate Herrenmeniekes Carnival bands walk through Maastricht, playing in bars and winding up on the town square, where a jury selects the best band.

Several places in Switzerland hold celebrations, such as the small town of Liestal, whose event culminates in a huge fire. Bbut Basel, on the Swiss- German border, hosts the best known, the &#8220;Morgenstraich.&#8221; It is also one of the last of the season. At 4 a.m. on the Monday after Ash Wednesday &#8212; March 1 this year &#8212; the lights of the city go off and from out of the darkness marching bands of drums, flutes and piccolos emerge. They crisscross the old town, playing until dawn, when they take a break and prepare for an afternoon parade. Festivities continue until two days later.