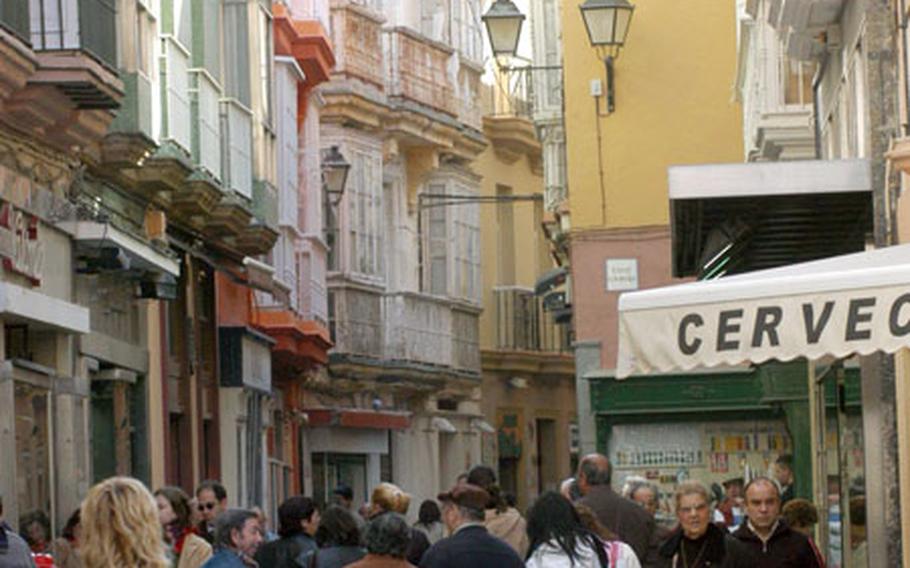 Shoppers file through one of the narrow streets in Cadiz where Carnaval revelers will soon take over. (Ben Murray / S&S)

Shoppers file through one of the narrow streets in Cadiz where Carnaval revelers will soon take over. (Ben Murray / S&S) 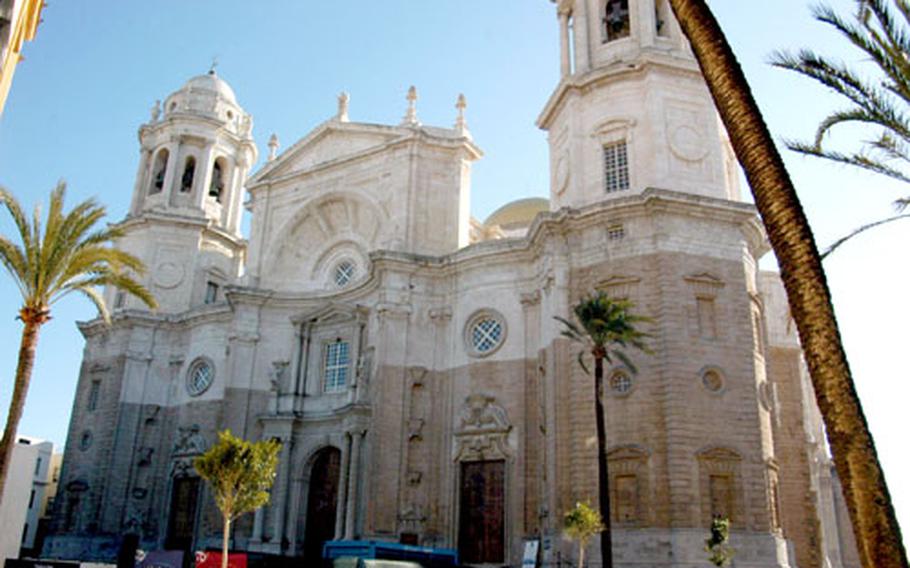 The striking cathedral of Cadiz is one of the landmarks of the city. (Ben Murray / S&S) A look into the white-walled maze of Cadiz, where Carnaval will reign from Feb. 3-13. (Ben Murray / S&S) 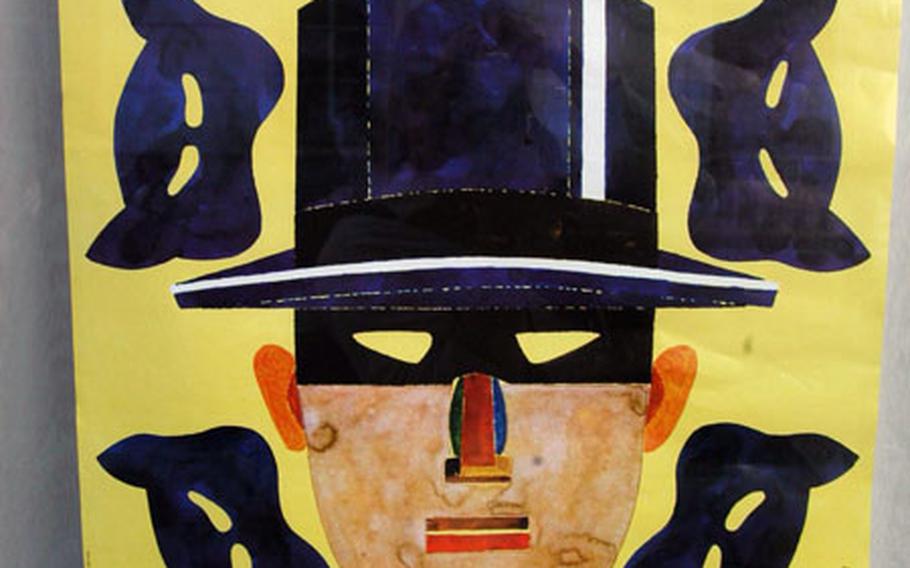 To hear the taxi driver tell it, a visit to the Spanish port city of Cadiz would be much like a venture into the twisted villages on H.G. Wells&rsquo; Island of Dr. Moreau.

The people there are changing, he said, forsaking daylight and waking at dusk, preparing their bodies for a fast-approaching time when &ldquo;they are becoming the cat, the rabbit and the dog.&rdquo;

In fact, an inquiry at the city&rsquo;s main tourist information office revealed that there actually is a date set for the start of the transformation: Thursday. That is the first official day of Carnaval, the city&rsquo;s annual descent into excess and revelry, a 10-day fiesta in the heart of what is said to be the oldest city in Europe.

For those thinking of attending part of the event, officially running through Feb. 13 but likely to exceed its allotted dates, a day-time tour of the festival area is not a bad idea. As a seaside citadel originally built by the Phoenecians more than 3,000 years ago and eventually overtaken by Moors, Visigoths, Romans and others, modern Cadiz is a tangle of cobbled alleys and avenues where a potential reveler could quickly become disoriented.

To start a walking tour of some of the festival&rsquo;s nerve centers, begin at the Plaza San Juan de Dios, a few blocks from both the ferry terminal and the train station on the Avienda del Puerto. The plaza has a host of restaurants, caf&eacute;s and hostels, and an easy-to-find information center that will provide you with a free city map.

From the plaza, go around the right side of the massive building at the head of the square, the Ayutamiento, and you&rsquo;ll instantly find yourself at one of the city&rsquo;s most visually arresting landmarks, the golden-domed cathedral of Cadiz. A hike to the top of one of its spires is worth the 3.50-euro (about $4.50) price tag, or visitors can ice skate on the ice rink set up for the festival.

Leaving the Plaza de la Catedral, head out on the narrow street called the Compan&iacute;a, a canyon of shopping possibilities leading to the charming Plaza Topete, rife with flower stands and restaurants. While the shops along the Compan&iacute;a are mainly retail, keep an eye down the alleys to either side for a smattering of pubs and small bars, or]cer-vecer&iacute;as, if you&rsquo;re so inclined.

From here, a good destination is the Plaza de San Antonio, about six blocks away, centered in a web of alleys in full Carnaval regalia, with lights strung across the street and vendors selling cheap party masks.

At the plaza, where a massive stage has been erected for Carnaval events, you can complete an easy loop from the starting point by walking down Antonio L&oacute;pez to the Plaza de Espa&ntilde;a, a center for more Carnaval activities. One of the festival&rsquo;s trademark highlights is small groups of singers and musicians performing satirical skits. These can take place on a stage, on street corners or anywhere folks gather.

The Plaza de Espa&ntilde;a puts you back on the Avienda del Puerto, just seven blocks from where you started and where rest and refreshments await.

The Carnaval action starts late and goes all night, the taxi driver said, and the comic sketches and other entertainment abound. Of course, he also said that odd thing about the rabbit-people &hellip;

DIRECTIONS: There are several ways to reach Cadiz from Rota. One is driving to El Puerto de Santa Maria via routes 491 and 603 and taking a train or ferry to Cadiz. The stations for both are on the wharf, with regular departures on weekdays, fewer on weekends. Another option is to drive on N-IV from El Puerto de Santa Maria to San Fernando and then on to Cadiz. Parking is tight, but there is an underground lot on the Avienda del Puerto just past the Plaza San Juan de Dios.

TIMES: The Carnaval officially runs from this Thursday to Feb. 13, and a daily schedule of events will be listed in Diario de Cadiz, the local city newspaper And trust us, things will be open late.

COSTS: The Carnaval has no entry fee, though restaurant and room prices will likely be hiked during the fest. Transportation, at least, is cheap: the train costs 2.50 euros (about $3.25) from El Puerto de Santa Maria; the 45-minute ferry ride is 3 euros one way, 5 euros round trip.

FOOD: Food, beverages and entertainment abound in the Carnaval area (on Antonio L&oacute;pez, an establishment called The Metal Bar shares a corner with a quaint Irish pub) and ice cream shops are in large supply.

INFORMATION: The city's Web site is informative on the history of the city, and has a link for the Carnaval.

Additionally, Rota Morale, Welfare and Recreation is running a trip to the party on Feb. 12 from 7 p.m. to 2 a.m. for between 5 and 10 euros, depending on rank.