Bastogne: Belgian WWII site worth visiting any time of year For re-enactors, it’s all about looking the part, as this young Belgian recently did during ceremonies commemorating the 62nd anniversary of the Battle of the Bulge. (Kevin Dougherty / S&S)

For re-enactors, it’s all about looking the part, as this young Belgian recently did during ceremonies commemorating the 62nd anniversary of the Battle of the Bulge. (Kevin Dougherty / S&S) 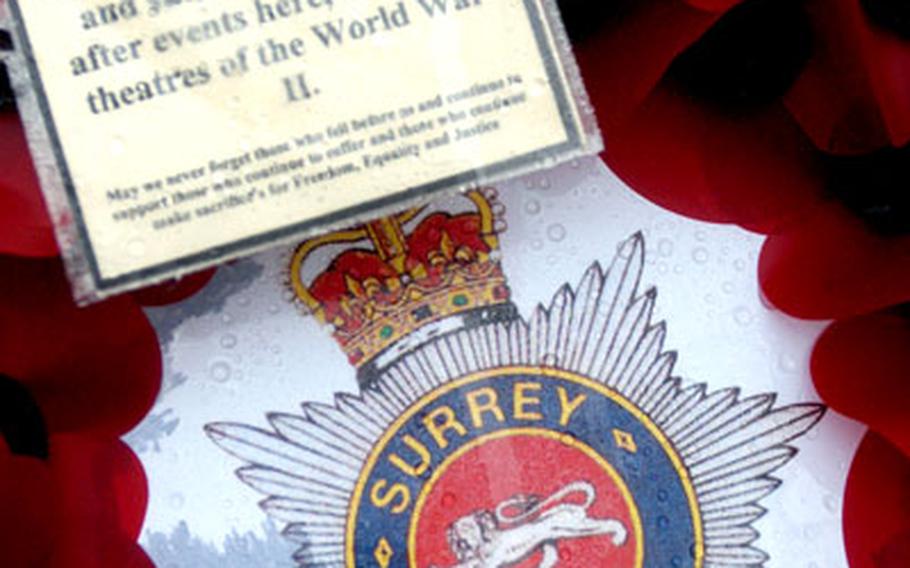 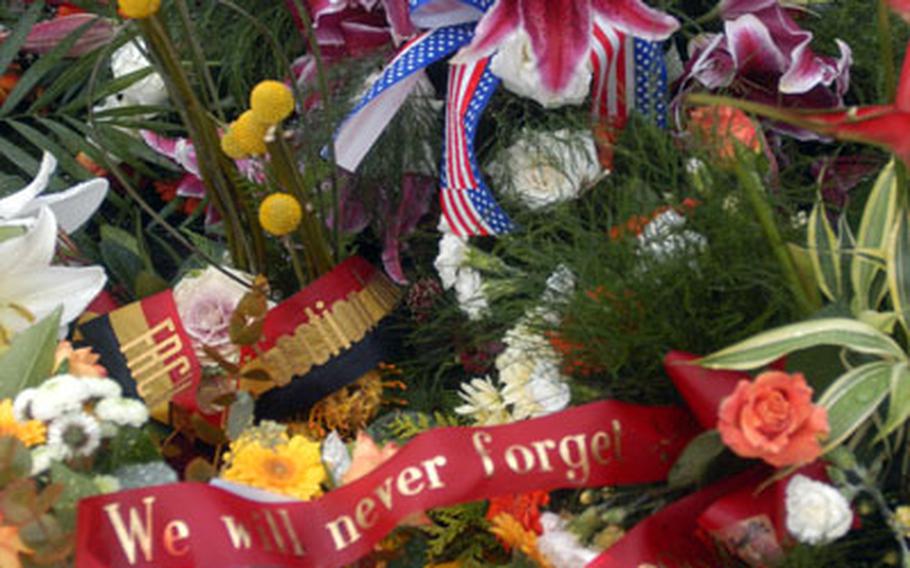 At this month’s 62nd anniversary of the Battle of the Bulge, one wreath thanked the paratroops of Easy Company, the unit immortalized in the television series “Band of Brothers.” (Kevin Dougherty / S&S) Even World War II re-enactors like to have their own pictures for keepsake. A group of Belgium re-enactors from Antwerp said their good-byes to McAuliffe Square the day after ceremonies marking the 62nd anniversary of the Battle of the Bulge ended. Behind them is a WWII troop carrier. (Kevin Dougherty / S&S) At major commemorative events, a visitor can always count on seeing dozens of World War II vehicles tooling around town and the backroads around Bastogne, Belgium. (Kevin Dougherty / S&S)

Hundreds of people no longer flock to Bastogne, Belgium, for the annual commemoration of the Battle of the Bulge.

Year in and year out, it&rsquo;s now well into the thousands.

Fortunately, the growing interest in the yearly tribute to that epic battle hasn&rsquo;t detracted from the experience in any significant way. The crowds are still manageable, accommodations can be had and the Belgians have kept the event modest and dignified, which befits the men behind the memory.

&ldquo;I wanted to see Bastogne, and this was a good time to come,&rdquo; Air Force Tech. Sgt. Matt Doyle said at this year&rsquo;s anniversary earlier this month.

A visit to Bastogne makes a lot of to-do lists. Like Normandy, France, and Nijmegen, Netherlands, this Belgian city in the upper Ardennes is a place many Americans wish to see. While the anniversary is a great time to visit Bastogne, the city and region are worthy travel destinations year round.

There are four World War II venues that draw much attention: Museum of the Battle of the Bulge in La Roche-en-Ardenne; the Mardasson Memorial overlooking Bastogne; Bastogne Historical Center; and the town&rsquo;s McAuliffe Square.

Uniforms, weapons and other war memorabilia of interest are on display at the museum and historical center. Visiting hours for the two vary. The memorial and square are accessible any time. The memorial exists to move hearts and minds, while the square tends to mend souls with food and spirits.

Sixty-two years after the United States and its Allies repelled the last major German offensive of the war, the Belgian people remain appreciative of the American effort and sacrifice. That&rsquo;s especially so in Bastogne, where the city annually hosts events marking the weeklong siege.

&ldquo;What&rsquo;s special to me is all these (WWII) re-enactors,&rdquo; U.S. Army Europe Command Sgt. Maj. Iuniasolua T. Savusa said earlier this month while participating in the annual Bastogne perimeter walk.

Hundreds of re-enactors, made up mostly of Belgians and Dutch, descend on Bastogne every December for the weekend commemoration. Except for maybe Memorial Day, it&rsquo;s a sight visitors normally don&rsquo;t get to see, and it lends a degree of authenticity to the experience.

Visitors to the annual remembrance would do well to make their hotel reservations early, especially if the desire is to bed down in Bastogne. If not, there are plenty of hotels in the area, which includes part of Luxembourg.

The nightlife in Bastogne is largely limited to the restaurants and bars in and around McAuliffe Square. Renamed for the American general who defiantly led the defense of Bastogne, the square at night is lit with colorful, bright neon lights that cast a warm and inviting glow.

Another benefit of going to Bastogne in mid-December for the ceremonies: The town puts a person in close proximity to Christmas markets in Luxembourg City, Liege and Maastricht. While similar to the ones in Germany, they are worth a peek.

Know and go ...Directions: Bastogne is located in southeast Belgium, roughly two hours from Chievres Air Base and Supreme Headquarters Allied Powers Europe. It&rsquo;s three to four hours from Heidelberg, Germany. It lies 10-15 minutes from the border of Luxembourg. Americans going to Bastogne usually pass by Luxembourg City or Liege. Bastogne is situated east of the conjunction of E-25 and N-4.

Times: The annual commemoration for the Battle of the Bulge occurs on the second or third weekend in December. The primary day is Saturday, though the place is abuzz the day before and the day after.

Lodging: At the top of the list is the Best Western Hotel Melba. Rooms there start at over $100. The L&eacute;o Hotel on McAuliffe Square may not have as many amenities, but it&rsquo;s considerably less expensive, in the $60 to $75 range. Nice accommodations are available in nearby Luxembourg for about $60.

Food: This part of the Ardennes is known for hams, sausages and cheeses. Places to dine on the square: Le 1900; Le Grill; Le Midi and Le Nuts. Culinary specialties employ French, Dutch and Belgian touches.

b There is a tourism office on McAuliffe Square, not far from where the World War II tank is parked and the general&rsquo;s bronze bust. If not sure about something, ask a local. Americans are no strangers to them. A valuable Web site is: www.visitbelgium.com.