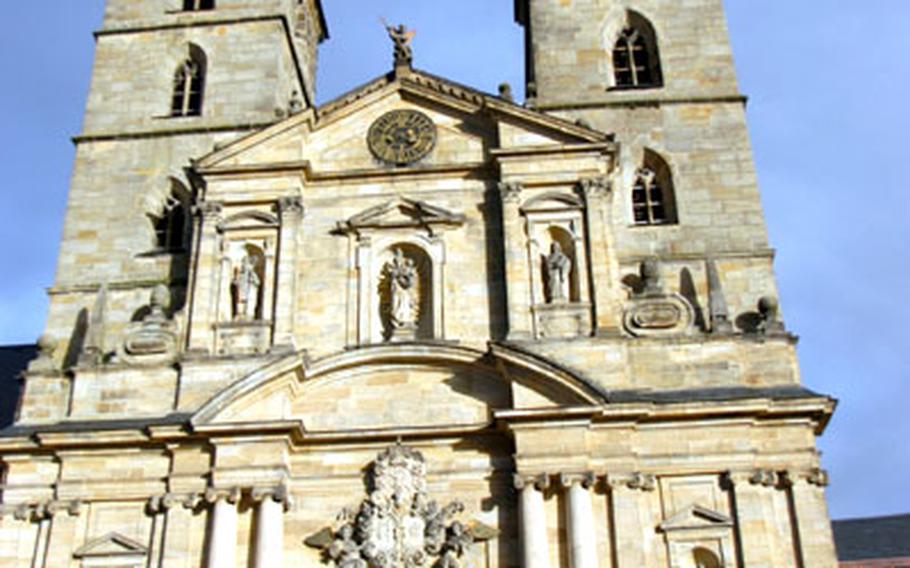 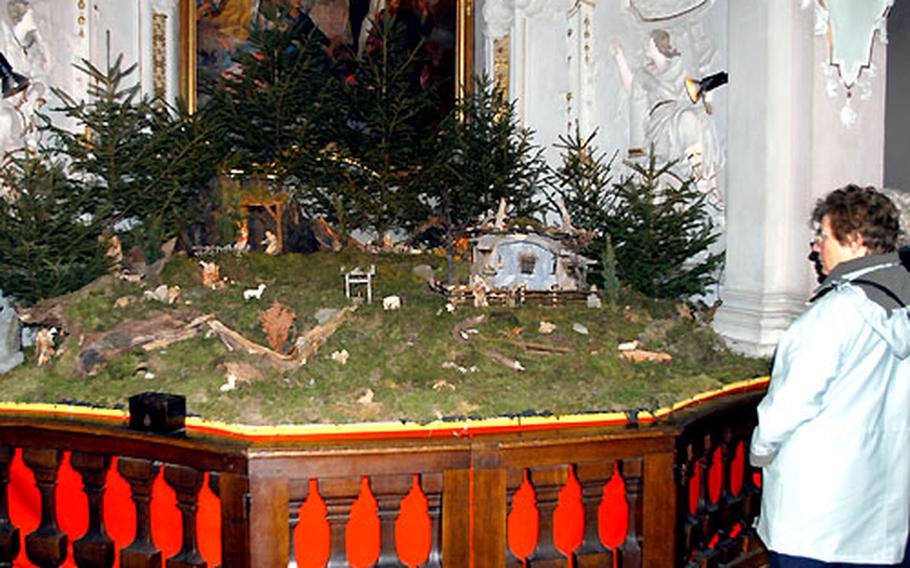 At Michelsberg Monastery the manger scenes are on display through Jan. 6, and some run until the end of January. (Rick Emert / S&S) 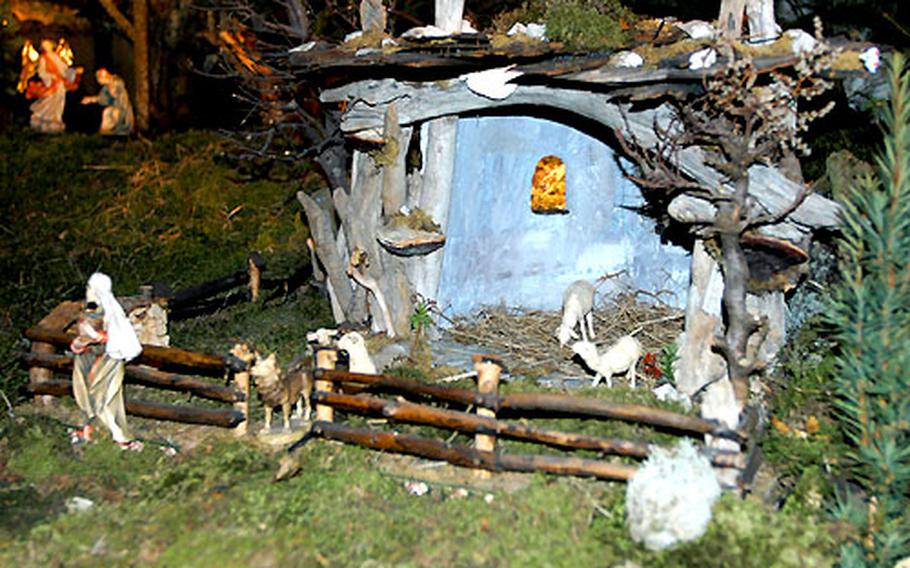 This section of the manger scene at Michelsberg Monastery, one of the stops on the Krippenweg, or crib trail in Bamberg, shows that the manger has not yet been placed in the stable. St. Michael’s is one of the churches on the trail that change the scene daily to reflect events leading up to the birth of Christ. (Rick Emert / S&S)

BAMBERG, Germany &mdash; During Christmastime, Bamberg pulls out all the stops when it comes to nativity scenes.

The crib trail&rsquo;s origin dates to the 15th century when a Jesuit monk displayed a nativity scene in the Chapel of St. Martin. In 1919, an association was formed to continue the tradition.

These are not your usual creches. Some of the scenes have centuries-old figures and others change each day to reflect events leading up to the birth of Christ.

Most of the manger scenes are on display through Jan. 6. However, some exhibits remain until the end of January, and most offer daily showings.

German-language tours are available through the Bamberg tourism office. The tour involves two hours of walking to the locations, beginning at the city&rsquo;s Dom, or cathedral, and ending at Altenberg, which, perched high on a hill, offers spectacular views of Bamberg.

For those who would rather take in only a few of the scenes, here are some highlights:

&para; The Dom features a modern manger with eight scenes of the Christmas story. The hours are 8 a.m. to 5 p.m. daily until Feb. 2.

&para; A large Franconian-style nativity scene is on display at the Bamberg Christmas market.

&para; The Sch&ouml;nleinsplatz life-size manger scene is on display through Jan. 8.

&para; The Museum Alte Bonbonkocherei, which houses the Bamberg Nativity Crib Museum, will show mangers and nativity scenes through the centuries and from different countries. The hours are 10 a.m. to 6 p.m. daily through Jan. 6.

&para; The Obere Pfarre church has a crib made of 190 wooden, fully moveable figures in Baroque dress. The figures stand about 18 inches tall.

&para; The Warner Barracks Chapel is listed as one of the 35 manger stops on the crib trail. The chapel&rsquo;s manger is on display Monday through Friday from 9 a.m. to 4 p.m. until Jan. 5.

From antique to modern and miniature to life size, Bamberg has earned its title as the manger city.

DIRECTIONS: A free German-language brochure including a map showing the locations of the 35 nativity scenes on the crib trail is available at the Bamberg tourism office at 3 Geyerswortherstrasse in downtown Bamberg.

COST: Self-guided tours of the crib trail are free, although many churches place donation boxes near the creches. The tourism office offers two-hour, German-language-only guided tours every Saturday, Sunday and on German holidays for 5.50 euros per person. Registration and the starting point is at the tourism office.

HOURS: Hours vary, but generally the scenes can be viewed daily from 9 a.m. to 5 p.m.

FOOD: Bamberg has many beer gardens, restaurants and caf&eacute;s in the area of the churches on the crib trail. Food is also available at the Christmas market, site of one of the cribs.

MORE INFO: For detailed information about the crib trail, contact the Bamberg tourism office at 0951-26-76200, or see its Web site: http://www.bamberg.info.