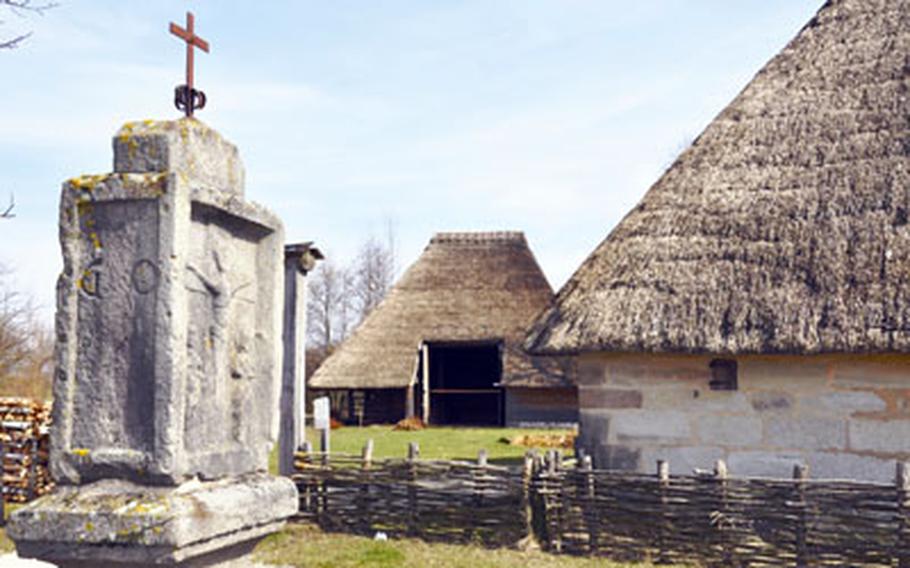 This medieval farmhouse complex includes some of the oldest farmhouses to be found in the whole of Central Europe. Though the buildings have been 50 percent reconstructed, they date back to 1368. ()

This medieval farmhouse complex includes some of the oldest farmhouses to be found in the whole of Central Europe. Though the buildings have been 50 percent reconstructed, they date back to 1368. () 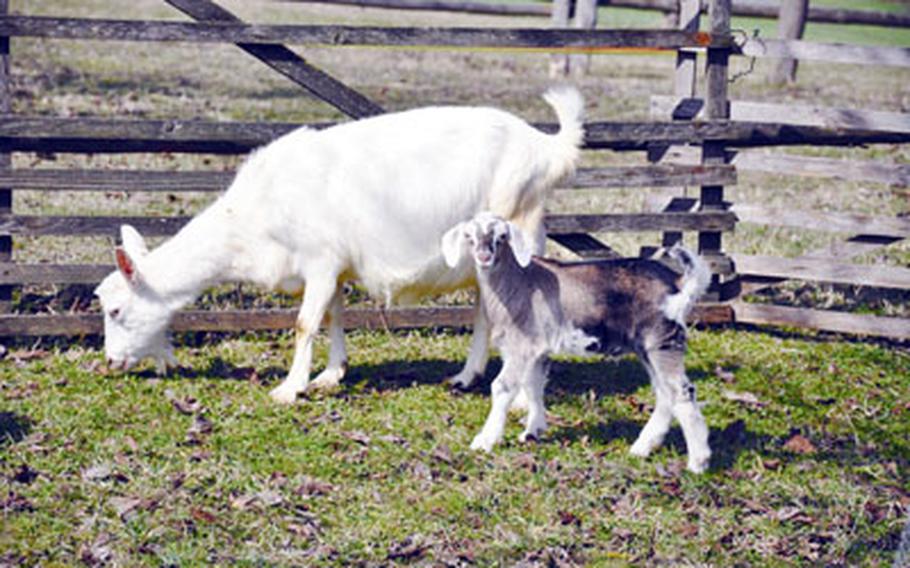 Buy Photo
Goats are among the many farm animals scattered throughout the approximately 100 acres of farmland at the Franconian Open Air Museum in Bad Windsheim, Germany. (Photos by Dan Blottenberger/Stars and Stripes) 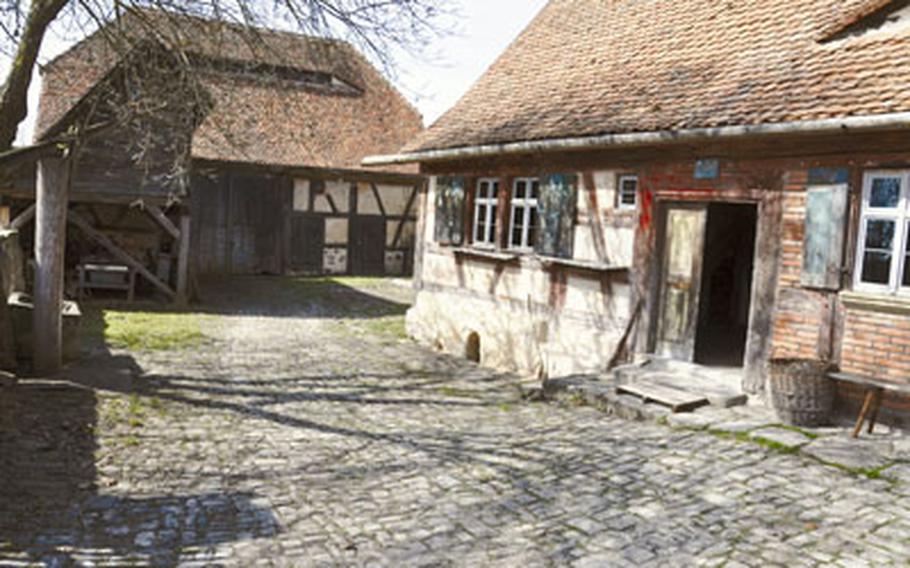 This reconstructed farmstead includes a farmhouse and stable, smithy, pigsty, shed and barn and dates back to 1749. ()

The distant murmur of the autobahn and the occasional helicopter from a nearby U.S. Army installation were all that kept me grounded in the present day while I traveled back in time as far as the Middle Ages while touring the Franconian Open Air Museum.

The scent of farmland and the realistic aromas that filled the different buildings helped bring the museum alive and almost made this urban kid want to join the farmers on their daily chores.

The outdoor museum, just south of the city of Bad Windsheim, opened in 1979 and has more than 80 (and counting) rural buildings that have been moved here to display the cultural heritage of more than six centuries in the region. It covers 100 acres of farmland split into seven villages representing different time periods and areas of the Franconian region of Bavaria.

The museum was designed to help viewers better understand and appreciate the regional lifestyle of the farmers and workers that is quickly disappearing, according to the information packet received as you enter the museum.

In the west area of the park lies the largest of the villages representing Frankenh&ouml;he-Steigerwald-Maingebait, with dates ranging from the 1500s to the late 1800s.

Among the buildings is a shepherd&rsquo;s cottage filled with sheep, if they aren&rsquo;t out grazing in the fields with their overly protective guard dog.

There are also a craftsman&rsquo;s house, a grain mill from K&ouml;nigshofen dating from 1810, an inn from M&uuml;hlhausen dating from 1572 and my favorite: a building group called "Breweries of Franconia," where you can view and try the museum&rsquo;s brew. The beer was brewed there until 1970 and you can see how the set-up looked when it was originally built in 1844.

To the east is the next village, the second largest in the park, representing Nurnberger Land-Frankenalb showing houses from the Nuremberg area and Upper Franconia. This is where you will see most of your farm animals including pigs, goats and cows. One of the farmhouses is from Seubersdorf, not far from Bad Windsheim; it was destroyed during the Thirty Years&rsquo; War and rebuilt, in 1684, in its present form.

As you trek across to the southern villages you pass through several cultivated fields and reach some of the smaller villages. One of the most interesting sections of the museum is the building complex dating to medieval times, where most of the buildings are made of clay or sandstone blocks with straw roofs. Inside, you can view bone fossils of domestic animals, medieval stove tiles and an ancient rubbish pit with the kitchen fragments of about 300 pottery vessels.

If you are worried about the long walk around the park, don&rsquo;t be. There are three restaurants with beer gardens strategically placed on the grounds so you can kick back for a while before continuing.

There is a lot to see at the museum and the entire walk without children took me about three hours, not including the three available pit stops to recharge before continuing on your journey through Franconian history.

The museum is about an 80-minute drive from Bamberg. Take B505 toward W&uuml;rzburg/Coburg to the exit for B407, which you follow all the way to Bad Windsheim. Pick up St2253 and follow the signs into the museum. From Ansbach, take B13 to the exit for B470 and turn right onto B470 toward Bad Windsheim. In about four miles there is a roundabout; take the third exit onto St2253 heading to Markt Bibart/Bad Windsheim-Ost then follow the signs into the museum.

Admission for the entire museum is 5 euros, 4 euros for those qualifying for reductions and free for children younger than 6. Family tickets and tickets for only part of the grounds are also available.

All three of the restaurants on the ground sell typical German food and drink.

Group tours in English are available by calling 09841-66800 or e-mailing info@frielandmuseum.de. Information at the park is in German, but there is an English-language guidebook available for 1 euro at the entrance.