Aside of being lost or in the hospital, Portugal was just fine The Wright children played on the rocks of the Parque National da Peneda-Geres — before 2-year-old Nolan fell and broke his arm. (Anna Wright / Special to S&S)

The Wright children played on the rocks of the Parque National da Peneda-Geres — before 2-year-old Nolan fell and broke his arm. (Anna Wright / Special to S&S) 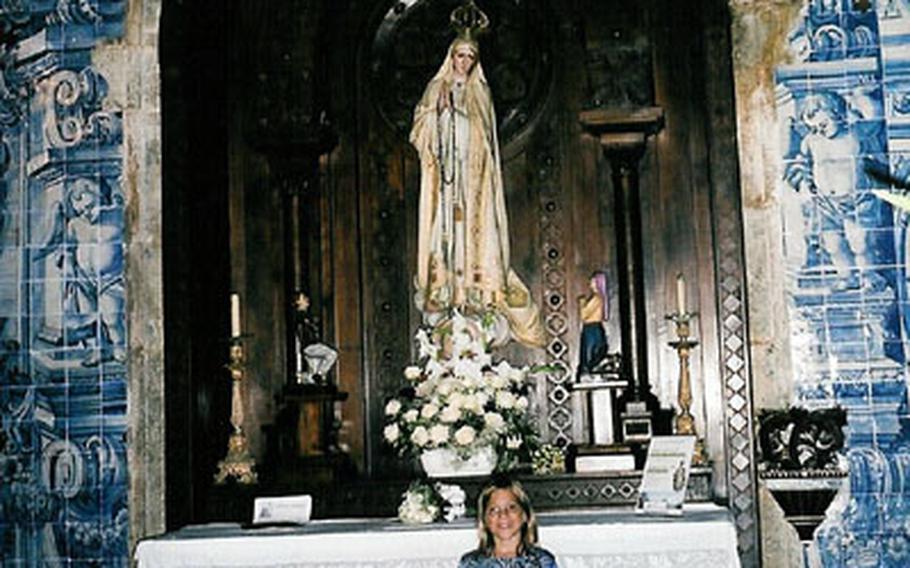 Miranda Wright, 9, poses in front of her favorite icon and beautiful azulejos in the Santa Maria Major church in Barcelos. (Anna Wright / Special to S&S) Chuck Wright takes a break from the tight curves and steep slopes of the road leading into Portugal from Spain. (Anna Wright / Special to S&S) 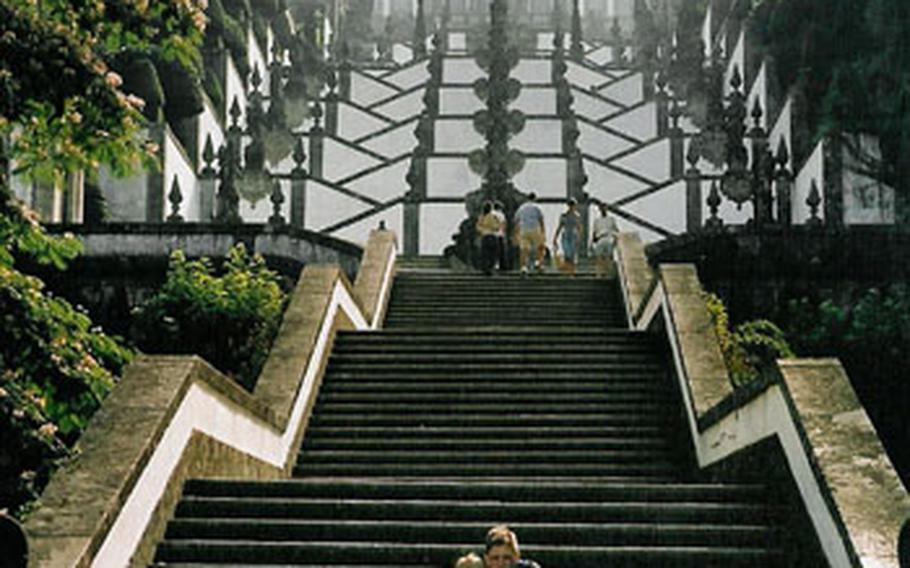 The Wright family takes a break from its explorations at the base of the magnificent shrine, Bom Jesus, in Braga, Portugal. (Anna Wright / Special to S&S)

&#8220;I just want to go home!&#8221; I wailed as the ambulance swerved around the narrow mountain passes of Portugal&#8217;s Parque National da Peneda-Geres.

My 2-year-old had slipped off a rock, smashed his head and arm, and was now a bloody, bandaged bundle sleeping on the gurney. I hoped he was sleeping. I prayed he didn&#8217;t have a concussion as we careened around a produce truck.

He awoke as we pulled into Braga, the nearest town with an X-ray machine. Braga may be known for its beautiful churches, but it was the X-rays that provided the answer to my prayers.

The doctors saw no internal damage so they only stitched up his head and accessorized his bloodied outfit with an elbow cast. My son and I left the hospital to meet the rest of the family and find some lunch.

We relaxed in the Braga campground for a day, keeping a close eye on Nolan. Then we took off on an abbreviated tour of the area.

Everyone enjoyed the magnificent shrine at Bom Jesus in Braga. It began as a hermit&#8217;s hut with a collection of crude wooden figures representing biblical scenes. The modern shrine continues that tradition with painted statues instead of paintings. The scenes of Calvary is complete with mourning women, dying thieves and gambling soldiers.

Outside, the theme continues with scenes from the life of Christ enclosed in the hillside next to the steps ascending to the shrine. The steps are also decorated with statues of Old Testament figures and fountains depicting the five senses and three virtues. The kids, even the injured one, greatly enjoyed the staircase and fountains.

On another day, we drove to Barcelos and visited the magnificent Santa Maria Major church. The azulejos, patterned and painted tiles, lined the interior walls with a smooth, cool, white surface. The large blue drawings of angels and other heavenly figures saved the church from resembling a fancy bathroom.

We saw a lot of azulejos in Portugal. Apparently, covering the outside of a building with tiles lessens the heat and humidity inside. Many homes had at least a tiled entrance.

We saw a few small examples of azulejos at the Museu Arqueologico, next to the church in Barcelos. It&#8217;s a small open-air museum containing a few Celtic, Roman, Germanic tribal and early Christian relics. The kids wanted to play in the sarcophagus; once denied, they turned their attention to the late 20th-century water sprinkler. We got the hint, packed up and drove to the beach.

I had planned to tour the ruins of an ancient Celtic city, Citania de Briteiros, nearby. It looked to be on the way to the coast. However, our inadequate map failed to compensate for inadequate signs, so we missed it. My husband, Chuck, consoled me with the words: &#8220;Do you really want the kids to climb more rocks?&#8221;

We did manage a stop in Guimaraes, and toured the 15th-century ducal palace. The walk through the cool, dim interior provided a welcome contrast to the summer day outside.

We passed through several rooms full of intricate tapestries, porcelain and weaponry, as well as a furnished bedroom and chapel. The trustees had turned a few rooms into a mini-art gallery and it was quite a shock to move from muted early Renaissance splendor to garish modern art.

The beaches of the Minho remain the highlight of the trip. Miles of Atlantic coastline created beaches for all types of families. I had had quite enough of rocks, so we spent our time at a clean, sandy beach near the campground where the older kids learned to body surf and the youngest filled his cast with sand.

It was time to take home our mixed memories of Portugal. We sang, &#8220;We just wanna go home,&#8221; through the heat of Spain and France and dubbed our vacation &#8220;Our Portuguese Misadventure.&#8221; But the kids want to return to Bom Jesus and the beach and are eager for our planned trip to Naples next week.

Bom Jesus, in Braga. Open most of the time; no admission charge.