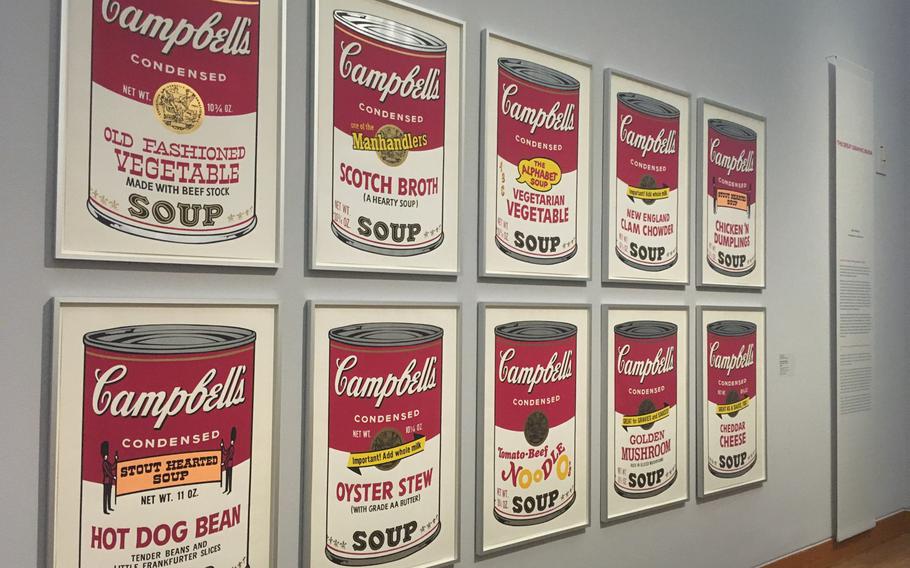 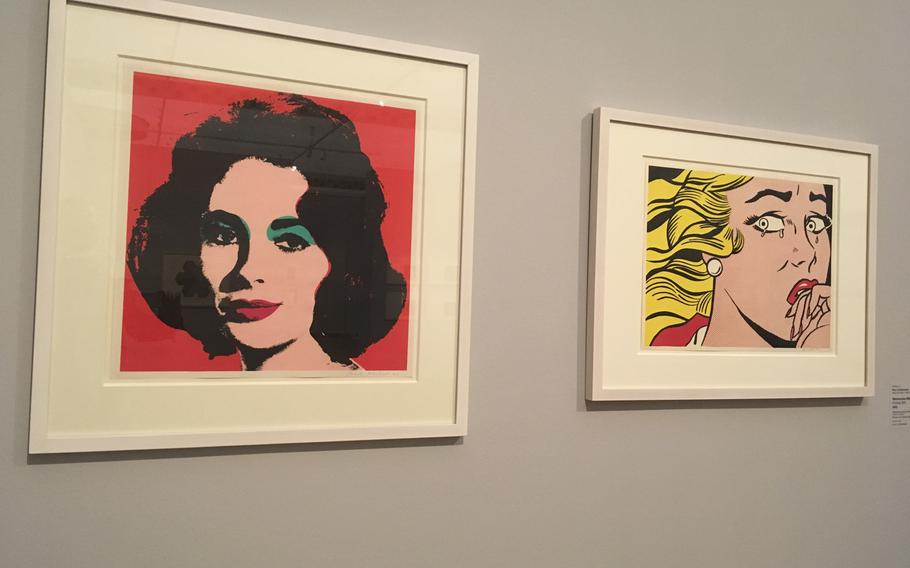 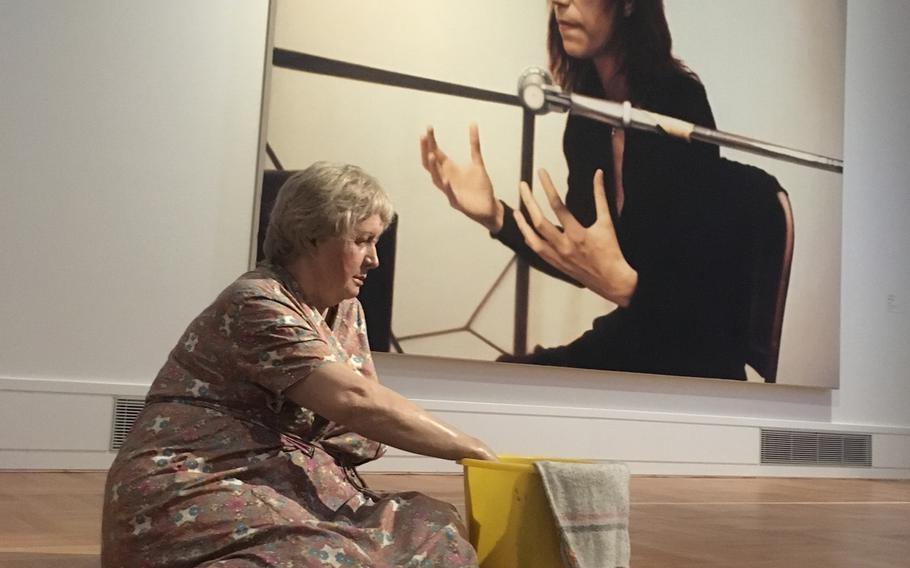 Buy Photo
Stuttgart's Staatsgallerie has a large permanent exhibition that spans numerous genres. Its collection includes not only major artists such as Picasso and Matisse but also lesser-known and offbeat works, such as a lifelike sculpture of a cleaning lady with a photo of rock star Patti Smith in the background. (John Vandiver/Stars and Stripes ) 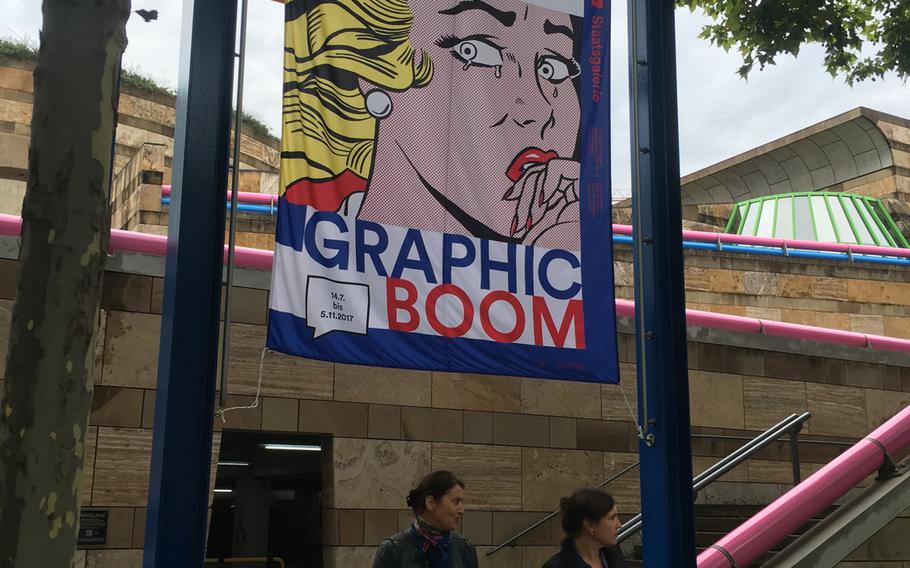 "The Great Graphic Boom," a special exhibit at the Staatsgallerie in Stuttgart, runs until Nov. 5. The exhibition features about 170 different prints form well-known American artists who worked between 1960 and 1990. (John Vandiver/Stars an Stripes)

Did you know “black is a property, not a quality”? Neither did I, but as I looked at the artist Richard Serra’s all-black print — nothing more, nothing less — I wondered if his ponderous theory on color was just cover for a man who can’t draw. As other visitors gazed in solemn appreciation, I figured it was all over my head. There is a big new exhibit at the Staatsgalerie in Stuttgart, Germany, showcasing some of the great American artists of the 20th century and their experimentations with printing techniques. Luckily, “The Great Graphic Boom” isn’t all weighty. There are lots of cultural touchstones that even non-aficionado brutes can appreciate. Located in the heart of downtown Stuttgart, the Staatsgalerie should be one of those must-do checklist destinations for servicemembers stationed in the area. The permanent exhibit has all kinds of interesting works by household names like Matisse and Picasso and many prominent German artists, such as Otto Dix. The museum also holds regular special exhibits, one of which is the current one, which focuses on American prints from 1960 to 1990. There are about 170 on display, and the styles are wide-ranging. As you walk into the exhibition you are introduced to some of the best-known prints of that era, including Roy Lichtenstein’s “Crying Girl” and Andy Warhol’s “Liz,” a portrait of Elizabeth Taylor. There are several Warhols showcased that are instantly familiar. Portraits of Marilyn Monroe, Jacqueline Kennedy and Campbell’s Soup cans are ingrained in the popular imagination, yet they’re somehow new when seen firsthand. As you meander through the rooms, the works get more obscure. Viewing some of the art seems like the dutiful equivalent of eating one’s spinach. Splotches of color on paper might seem like the spasms of a toddler, but apparently these things are important if your name is Sam Francis or Jackson Pollock. So if there is a time to take in some art in Stuttgart, it could be now.vandiver.john@stripes.comTwitter: @john_vandiver

Staatsgalerie DIRECTIONS The Staatsgalerie is located at Konrad-Adenauer Strasse 30-31 in the heart of downtown Stuttgart. There is parking under the museum, which has its own U-Bahn stop. TIMES 10 a.m. to 6 p.m. Tuesdays-Wednesdays and Fridays-Sundays; 10 a.m. to 8 p.m. Thursdays. Closed Mondays. COSTS Entry to the current exhibition is 11.50 euros ($13). It’s best to go on Wednesdays, when entrance into the Staatsgalerie’s permanent exhibit is free. FOOD There is a cafeteria on site and restaurants in the general area. INFORMATION Phone (+49) (0) 711-47040, website: www.staatsgalerie.de