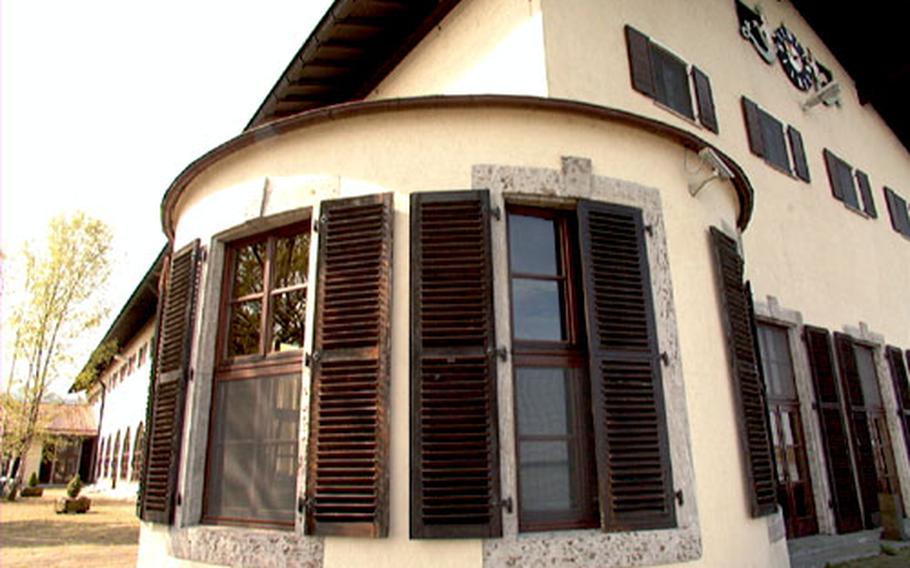 The AFRC Chiemsee Lake Hotel boasts interesting architecture, such as this round room which is part of the hotel lounge. (Rick Emert / S&S)

The AFRC Chiemsee Lake Hotel boasts interesting architecture, such as this round room which is part of the hotel lounge. (Rick Emert / S&S) 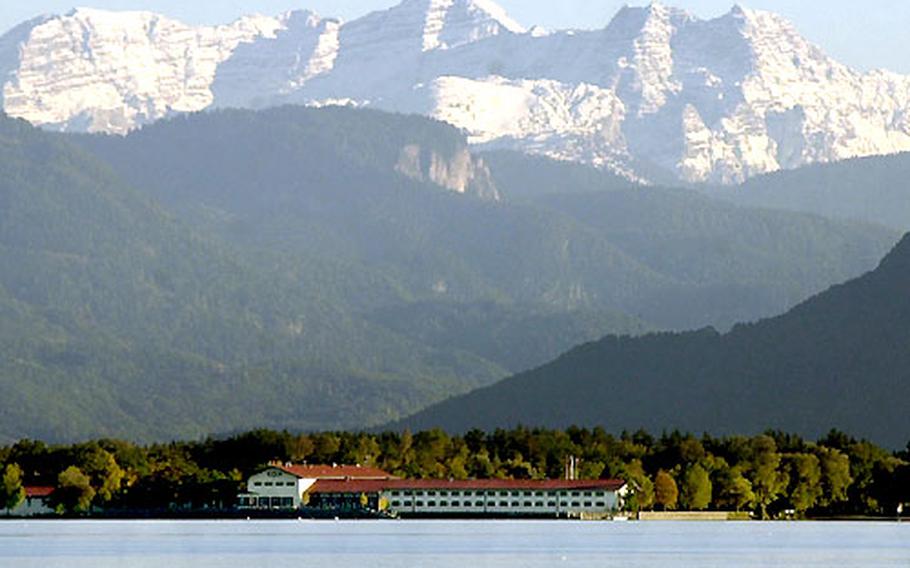 The beautiful setting of AFRC Chiemsee, with the Alps in the distance. The Chiemsee complex will close for a second time in September, this time for good. (Michael Abrams / S&S) 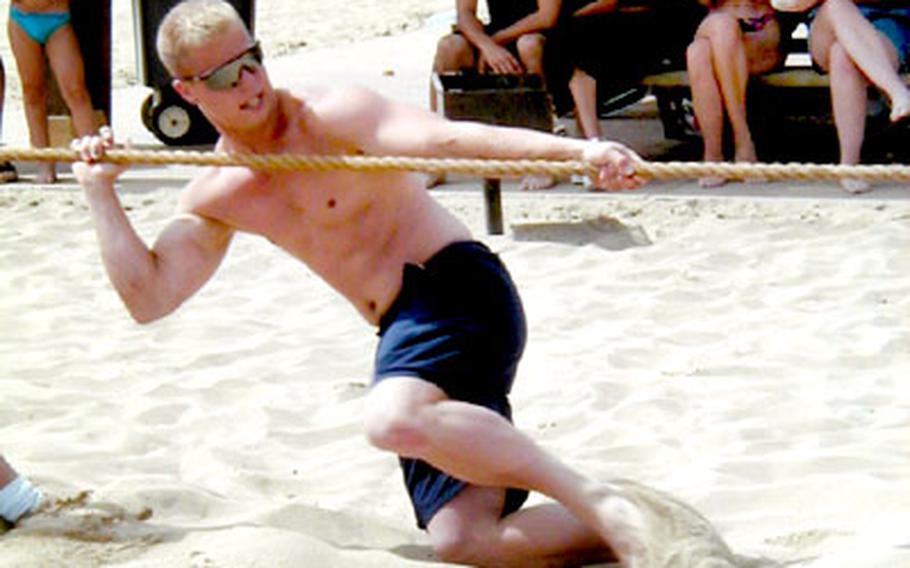 The Fourth of July party at the American Beach, operated by Camp Darby&#39;s MWR. (Courtesy of AST-Livorno MWR Marketing.) 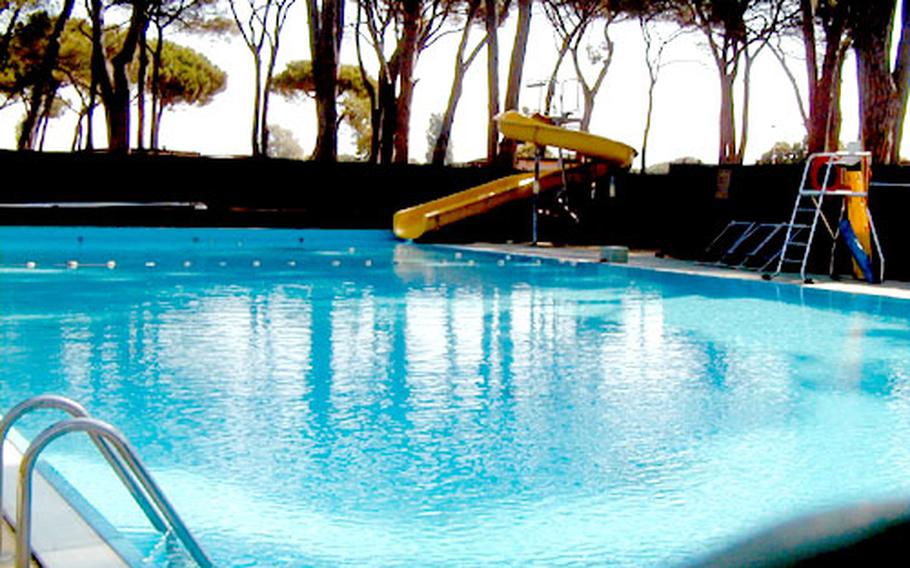 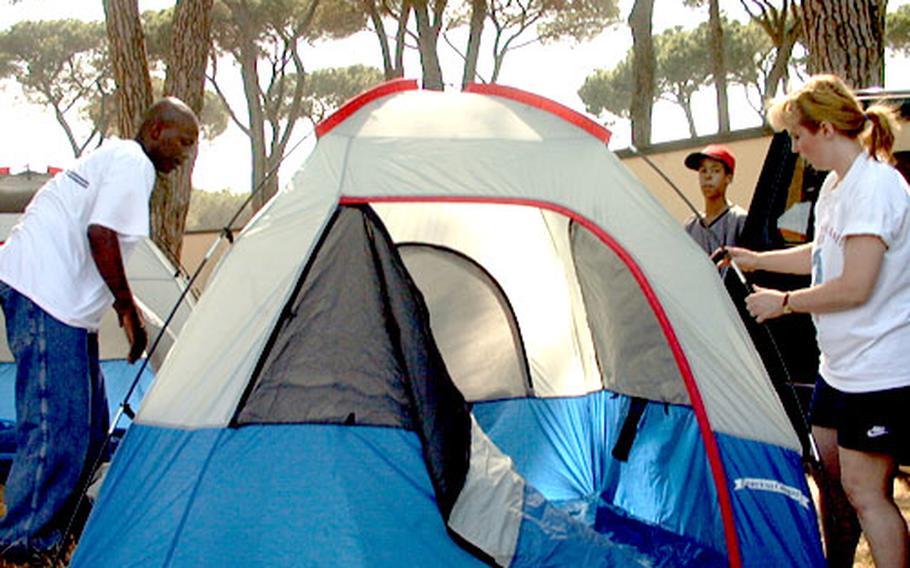 Whether it&#8217;s the great outdoors or a base for guided tours you&#8217;re after, Armed Forces Recreation Centers in Germany and Camp Darby in Italy have it covered.

The AFRC resorts in Chiemsee and Garmisch, and Morale, Welfare and Recreation facilities at Camp Darby offer everything from windsurfing to winter skiing, and rustic campsites to comfy bus tours.

Following is a look at what each offers.

Chiemsee&#8217;s Lake Hotel has rooms ranging from $64 to $119, based on pay grade. Campground facilities also are available for the true outdoorsman.

Those who want to use the facilities should act fast, however, because the resort closes its doors for good Sept. 2.

The hotel was built in 1938, after being commissioned by Adolf Hitler as a rest stop along the newly built autobahn. The hotel sits on the shore of Lake Chiemsee, Bavaria&#8217;s largest lake. A shoppette, located within walking distance of the main hotel, sells a variety of items including sodas, beer, souvenirs and charcoal.

Among the popular outdoor activities offered from the Lake Hotel during the summer are Sailing Week, white-water rafting and windsurfing, said Corey Henderson, from AFRC marketing in Garmisch.

Tours offered from Chiemsee&#8217;s Lake Hotel include: a boat ride across the lake to Herrenchiemsee, one of King Ludwig&#8217;s castles; and Vienna, Salzburg and the &#8220;Sound of Music&#8221; tour in Austria.

Chiemsee will have specials throughout its final summer, which is being called Chiemsee Sunset Summer. Special events include the concert on the lake series in July, Chiemsee Summer See Fest on Aug. 16, and a sailing regatta Aug. 23.

The Garmisch resort also offers a variety of summer activities and tours. It sits in a valley at the foot of Germany&#8217;s highest peak, the Zugspitze.

The resort&#8217;s General Patton Hotel offers rooms ranging in price from $64 to $119, again based on pay grade. The resort also has rustic or deluxe cabins and campgrounds.

Among the most popular outdoor activities are hiking in the Alps, white-water rafting and kayaking, Henderson said.

The Garmisch golf course is open from April through October, and offers five-day classes on the sport for all skill levels. The class, at $249 per person, includes equipment, unlimited use of the golf course for the week, an end-of-week tournament and awards banquet.

The Garmisch tour office has trips to Neuschwanstein Castle and Linderhof Palace &#8212; two more of Ludwig&#8217;s castles &#8212; Munich/Dachau, and a three-country tour to Austria, Switzerland and Liechtenstein.

Henderson recommends making reservations quickly for Chiemsee and Garmisch, since both resorts tend to reach full capacity throughout the summer.

Travelers interested in seeing Italy can see many of its most beautiful cities while staying at MWR facilities at Camp Darby.

Located near Livorno, Camp Darby has 15 rooms currently available at the Sea Pines Lodge, with 24 more undergoing renovations. Sixteen of those will be completed in August. Room rates begin at $55 and include TV, VCR, microwave and bathrooms.

But most people visiting Camp Darby stay in its 20 cabins and 93 campsites. The cabins have no running water inside, but guests can use the facilities at a nearby bathhouse. Guests must also take their own bed linens since none are provided for the cabins.

The popular American Beach is about four miles from Camp Darby and open during the peak season from Memorial Day to Labor Day.

Camp Darby also offers weekly trips to popular cities and regions in Italy. Beginning June 15, there will be three weekly trips to Rome, on Tuesdays, Thursdays and Saturdays. Until then, two trips a week are available. Trips to Venice, Florence and Cinque Terre run once a week.

Here are details on some of the tours available from Armed Forces Recreation resorts and Camp Darby. This is the last season to take advantage of the Chiemsee tours.

&#182; Berchtesgaden (passport required): Mondays, Wednesdays, Thursdays and Saturdays; $49 for adults and $41 for children.

&#182; Horse and carriage ride: Thursdays; $13 for adults and $7 for children. A leisurely 45-minute evening ride around the town of Garmisch.

&#182; Neuschwanstein/Wies Church/Ammertal (passport required): Mondays and Saturdays; $26 for adults and $18 for children.