A whale of a restaurant 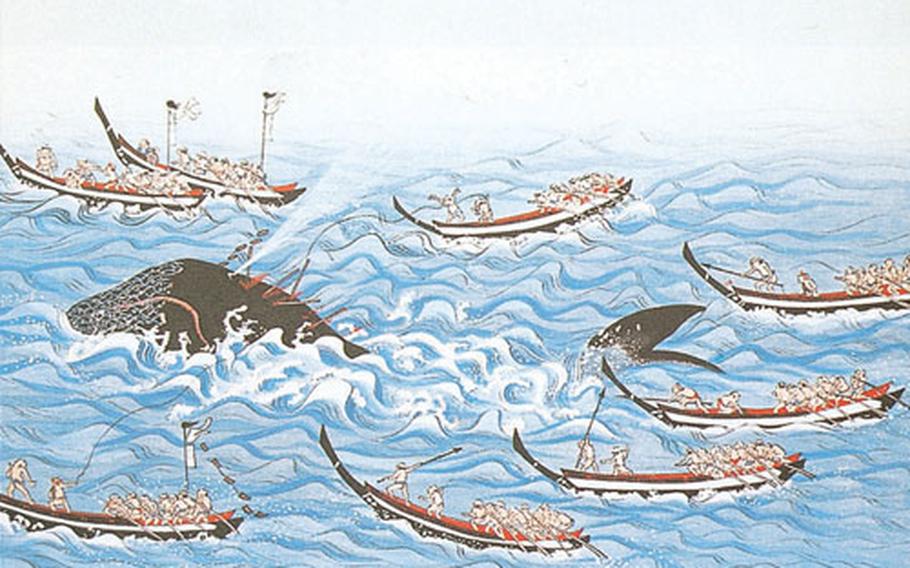 Japanese coastal whaling about 200 years ago. The scene is depicted in the "Geigyo Ranshoroku" picture scroll. (Hiroshi Chida / S&S)

Japanese coastal whaling about 200 years ago. The scene is depicted in the "Geigyo Ranshoroku" picture scroll. (Hiroshi Chida / S&S) 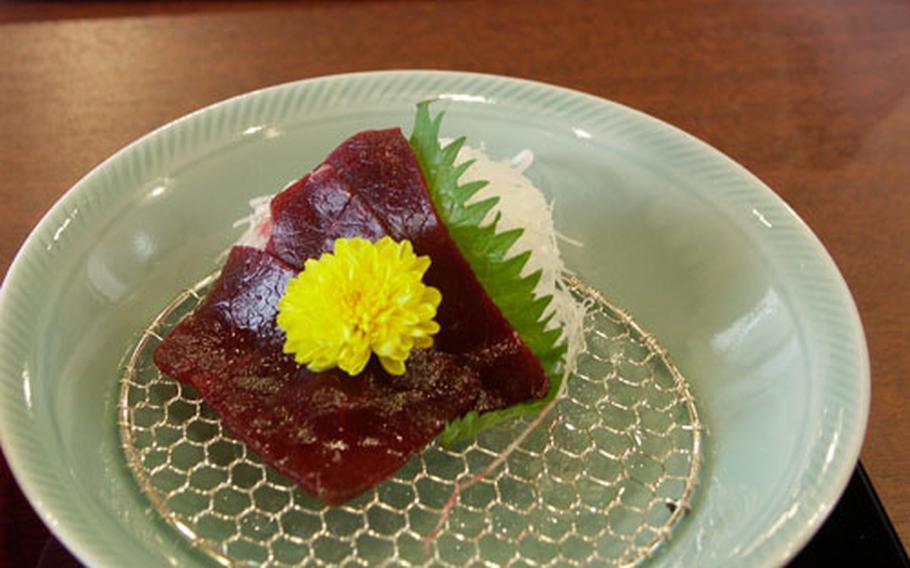 Sashimi of whale meat served at Yushin — a whale-meat shop and restaurant in Asakusa, Tokyo. The meat is tender and has no smell. On the top of the sashimi are chrysanthemum flower petals. (Hiroshi Chida / S&S) A harpoon gunner on a catcher boat aims at a Minke whale in 2000 in the Northwestern Pacific. (Courtesy of Institute of Cetacean Research) "Yushin" a newly opened store in Tokyo, sells all kinds of whale products — including whale meat. The restaurant is crowded with customers. (Hiroshi Chida / S&S)

The store is owned by Kyodo Senpaku Ltd., an organization that sends whaling ships to the Antarctic Sea and the northwest Pacific Ocean for Japan&#8217;s Institute of Cetacean Research.

Company officials say its doors are open to further consumer research into whales, to continue Japan&#8217;s culture of eating whale and to help the public get a better understanding of whaling issues.

In fact, said Toshio Nukui of Kyodo Senpaku, all kinds of products are availible, and they&#8217;ve even opened a restaurant to serve various whale dishes.

The International Whaling Commission enforces a commercial-whaling moratorium, so Japan&#8217;s whaling is limited only to three kinds. Each year, the country can catch 62 Baird&#8217;s Beaked Whales, 100 Pilot whales and 20 Risso&#8217;s Dolphins &#8212; which are smaller whales that live in and near the Sea of Japan.

But Japan can catch and conduct research on other types of whales, according to a provision by the whaling commission. Any meat resulting from the research is sold, and the funds are used for further whale study. However, Prime Minister Helen Clark of New Zealand &#8212; a strong anti-whaling country &#8212; says Japan&#8217;s research program is not needed. The whales used in the samplings die, and other, less lethal methods could be used.

Whatever one&#8217;s view on the subject, the new Asakusa store and restaurant offers Americans a chance to dine on something not availible stateside. And when they do return, they&#8217;ll have &#8220;a whale of a tale&#8221; to tell family and friends.