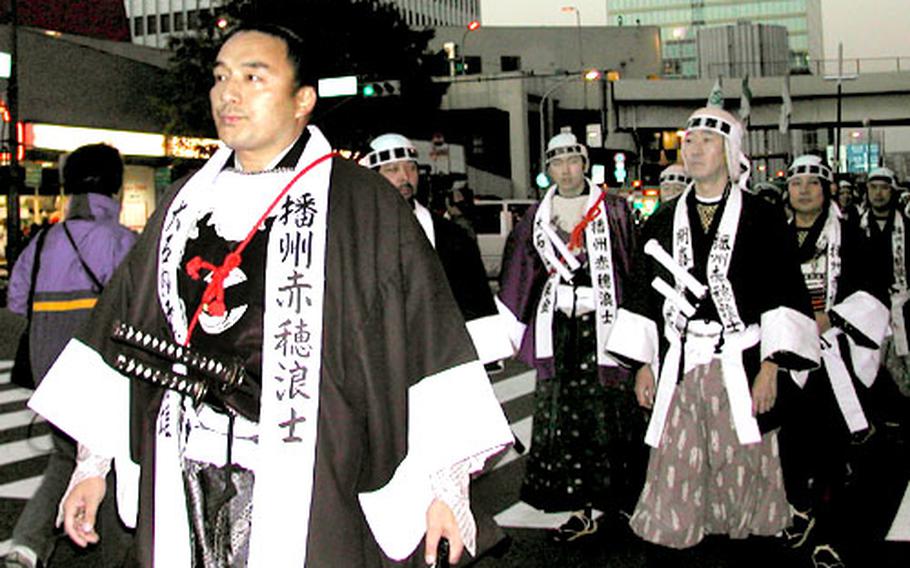 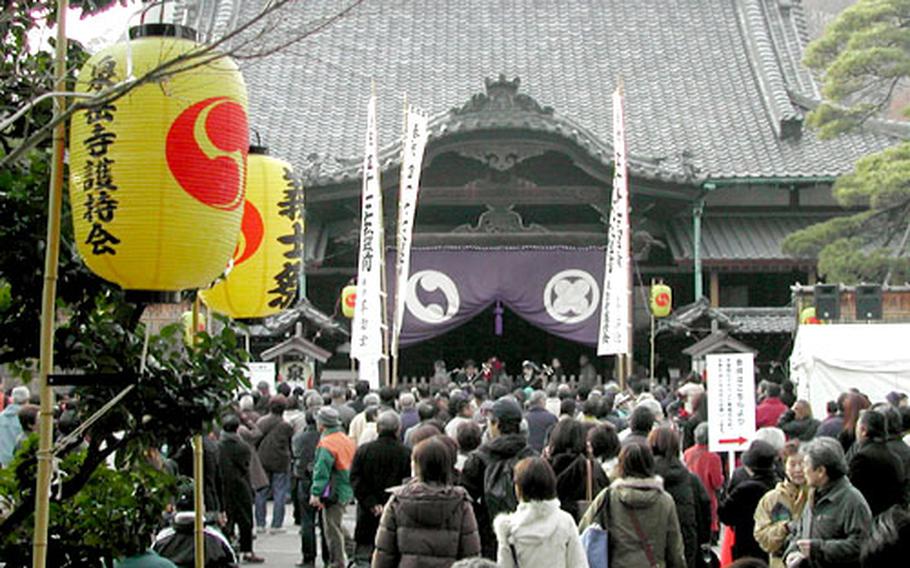 Thousands flock to Tokyo’s Sengakuji Temple – burial place of the 47 Ronin (masterless samurai) who avenged their master in 1703. Every year, on Dec. 14 and Feb. 4, thousands of Japanese pay homage to the Ronin at their burial site in Sengakuji Temple, Takanawa in Tokyo. (Hiroshi Chida / S&S) The 47 Ronin (masterless samurai) will be honored on Dec. 14 at Sengakuji Temple in Shinagawa, Tokyo, for their display of fidelity which has historically stood as an example of heroism to the Japanese people.

The samurai were vassals of a lord, Asano. In the spring of 1701, an Imperial envoy having been sent to the Shogunate, Asano and other daimyo, Date, were appointed to receive and entertain him. As these daimyo were young and inexperienced, the Shogun appointed another high official, Kira, who was well-versed in ceremonies, to assist them. But Kira, being a greedy and conceited old man, heaped insult after insult upon the unfortunate Lord Asano who had failed to court Kira&#8217;s favor by offering him costly presents.

One day, Asano, no longer able to bear the gross provocation offered by Kira, drew his sword and attacked him inside Edo Castle. For this act of indiscretion and loss of &#8220;face&#8221; Asano was ordered to commit &#8220;hara-kiri,&#8221; (suicide by disembowelment). The 47 retainers, lead by Oishi Kuranosuke, immediately hatched a plot to avenge the death of their lord Asano but, to allay the suspicions of Kira, they pretended to live a life of drunken debauchery for more than a year. Then on a cold winter night, the 47 Ronin gathered and stormed the mansion of Kira in Honjo, cut off his head with the sword Asano had used to kill himself and carried the head to the Sengakuji Temple in Shinagawa, where Asano is buried.

They then turned themselves in to authorities. They were ordered to commit hara-kiri and were buried near Asano at Sengakuji Temple in Shinagawa. The vendetta became internationally known because of the famous Kabuki play &#8220;Chushingura&#8221; which tells the story.

According to Yasuo Nakajima of Chuo Gishikai, then-shogun Tokugawa Tsunayoshi was glad to hear about the vendetta while the shogunate government was perplexed at how to handle the case. The 47 Ronin violated the public law by resorting to violence as a group, but they had faithfully lived up to the cardinal duty of the samurai &#8212; absolute loyalty to their lord. The shogunate&#8217;s decision in the affair, as well as its basic responsibility for maintaining law and order in the land, had been challenged. The famous Confucian scholar Ogyu Sorai (1666-1728) was consulted in the matter. Ogyu said they should be ordered to commit hara-kiri and it would save them from dishonor (of having committed murder). The shogunate government abolished the Kira family instantly while the Asano family was restored to power in a later time. In Japan, the vendetta was allowed as a practice until 1870 with the permission of a lord.

Gen. Douglas MacArthur&#8217;s occupation authority in 1945 prohibited performance of the kabuki play &#8220;Chushingura&#8221; which is the story of the 47 Ronin for the reason that it might inspire people with feudalistic loyalty. But an interpreter for Gen. MacArthur, Faubion Bowers helped save the kabuki play from restrictions in November 1947, two years after the first prohibition.

Bowers, a graduate of Columbia University and Juilliard Graduate School of Music, had taught at Hosei University in Tokyo (1940-41), and was tapped for Japanese language training at the Presidio of San Francisco and Camp Savage. Posted to ATIS, Brisbane, he served in the Pacific theater and, at war&#8217;s end, was the interpreter for the advance party, which landed at Atsugi airfield on Aug. 28, 1945.

As personal interpreter for Gen. MacArthur. He served as interpreter at the initial meeting of MacArthur with the Emperor. While acting as censor of the Japanese theater from 1948-49, he became its sponsor, and in the process gained renown as the savior of the kabuki theater. He was awarded the Bronze Star in 1944, with an Oak Leaf Cluster in 1945, and was decorated by the Emperor of Japan with the Order of the Sacred Treasure in 1985.

A book was published recently by a Japanese writer Shiro Okamoto about Bowers and was translated into English &#8212; The Man Who Saved Kabuki: Faubion Bowers and Theatre Censorship in Occupied Japan, translated and adapted by Samuel L. Leiter (Honolulu: University of Hawaii Press, 2001). It costs $52 in hardcover or $24.95 in paperback.