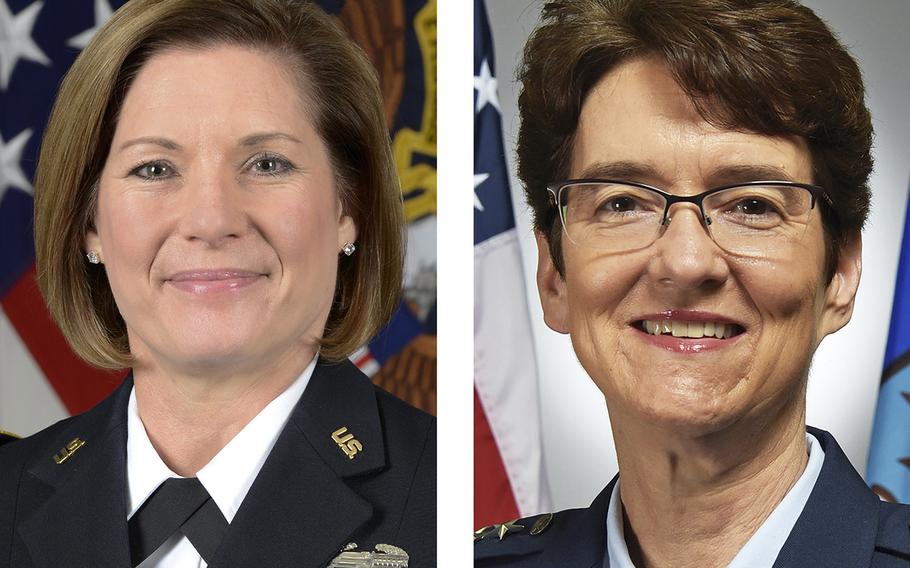 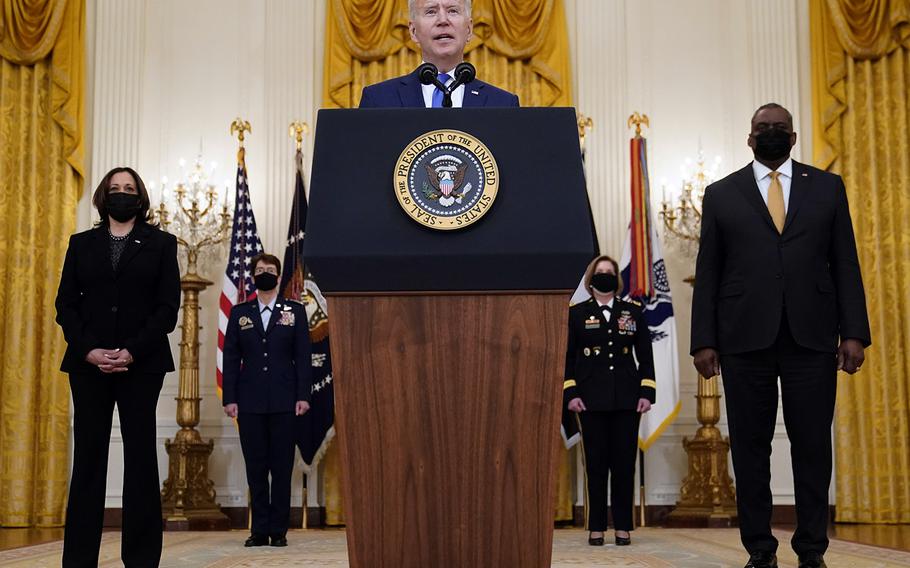 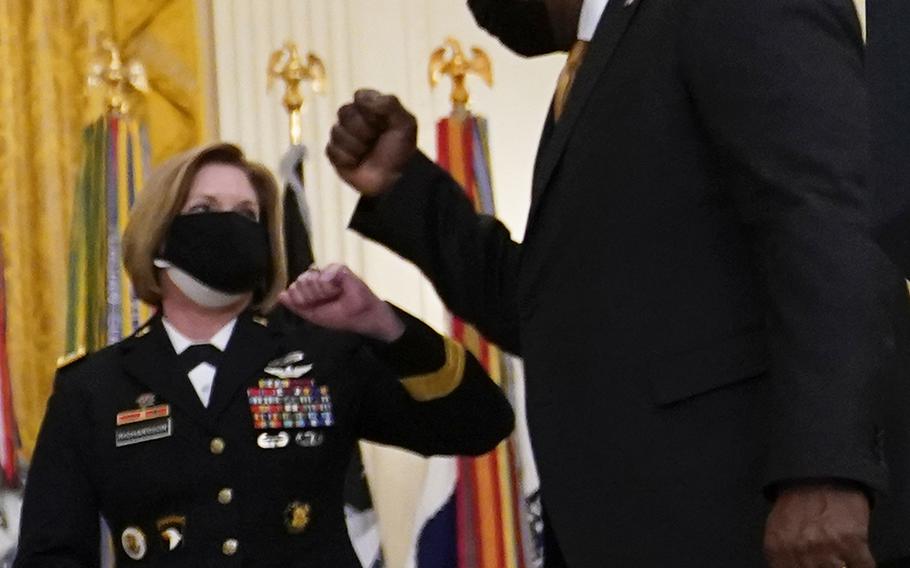 WASHINGTON — Two female military officers who have been nominated to lead four-star commands were recognized Monday during a White House event in recognition of International Women’s Day.

Biden said he nominated Van Ovost and Richardson on Friday and, if confirmed, they will be the second and third women to lead combatant commands.

“Gen. Van Ovost and Lt. Gen. Richardson have been tested under the most difficult circumstances, and they are proven leaders,” Harris said. “The president and I have full confidence in them to address the complex threats we face, to help lead our troops, and to keep our nation safe.”

Van Ovost has been nominated to lead U.S. Transportation Command at Scott Air Force Base in Illinois, where she is the commander of Air Mobility Command. Richardson has been selected to be promoted to general and nominated to be the next commander of U.S. Southern Command based in Florida. She is the commanding general of U.S. Army North at Joint Base San Antonio, Texas.

Their nominations come less than a month after The New York Times reported Army Gen. Mark Milley, chairman of the Joint Chiefs of Staff, and former Defense Secretary Mark Esper decided not to recommend the two female officers for promotion because they feared the White House under former President Donald Trump would only approve of white men for those jobs.

Biden spoke about their individual military careers — both women are aviators -- and how they have helped blaze a trail for more women to follow them into military service.

“I wanted to shine the light on these accomplishments for those women today because Gen. Van Ovost [has] reiterated in an interview this last week… ‘It’s hard to be what you can’t see,’” Biden said. “But you’ll soon see. Today is International Women’s Day and we all need to see and to recognize the barrier breaking accomplishments of these women.”

He also discussed how certain military jobs or training programs such as Ranger School are no longer denied to women. Biden also mentioned Austin’s memorandum on addressing sexual assault and harassment in the military, as well as the department’s new independent review commission on sexual assault.

“This is going to be an all-hands-on-deck effort under my administration to end the scourge of sexual assault in the military. And we’re going to be focused on that from the very top. I know that we can do it,” Biden said. “The U.S. military has defeated American enemies on land and air and sea. And this is not beyond us.”