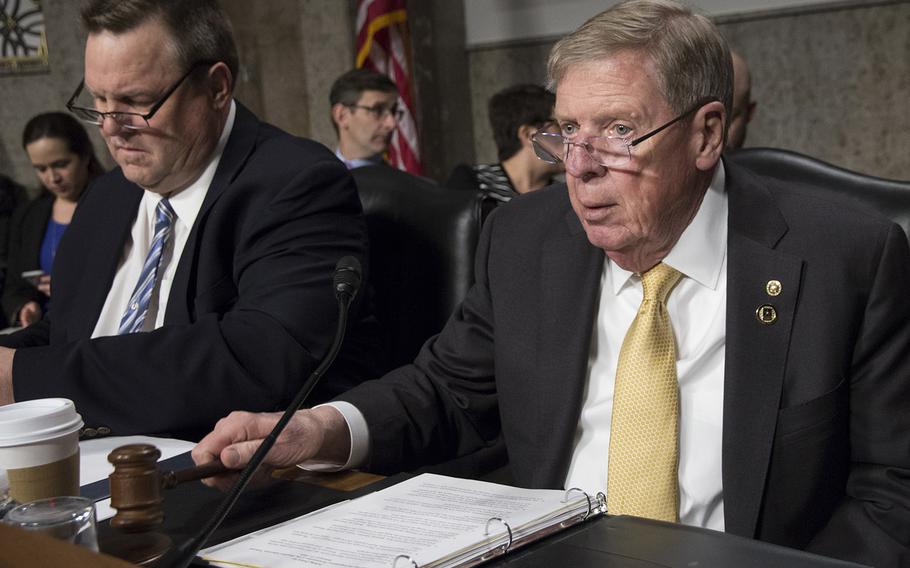 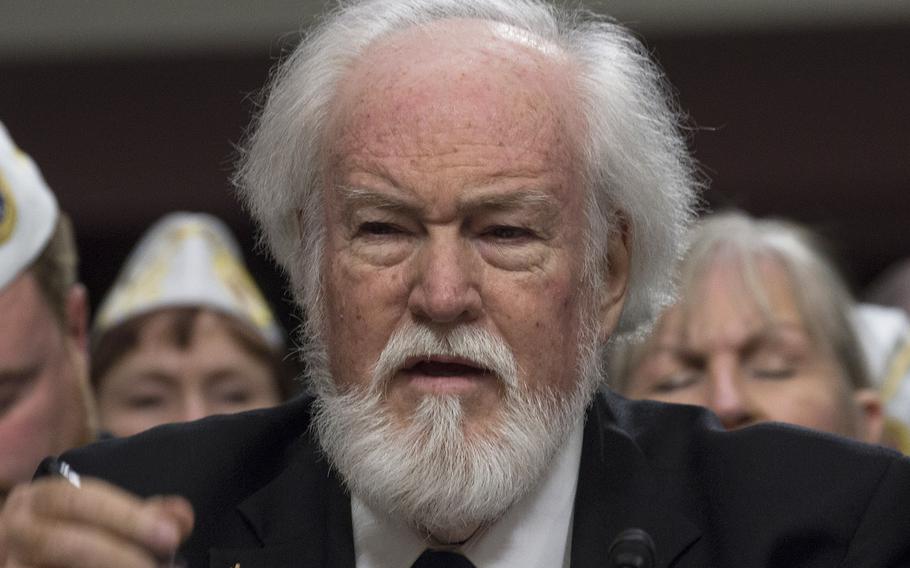 Among the dozens of lawmakers and leaders of veterans organizations who weighed in shortly after Trump announced his decision on Twitter, there was one constant: There remained many questions about Jackson and the direction that he would take the VA.

“The only good thing is, he’s a veteran and experienced with dealing in warfare,” Rowan said. “That’s good. Whether he has administrative experience or not, I don’t know. Hardly anybody knows.”

Jackson, 50, served as an emergency doctor in Iraq and was named White House physician in 2006. Before Trump, he was a personal physician to former presidents George W. Bush and Barack Obama. But his experience with veterans issues remains unknown.

“I don’t think we know a lot about [Shulkin’s] replacement,” said Verna Jones, director of the American Legion. “All I can say is the American Legion has always been here to help take care of veterans and make sure they receive timely VA health care. It’s no different than with any other secretary before him and those who will come after him – we’re ready to assist.”

Sens. Johnny Isakson, R-Ga., and Jon Tester, D-Mont. – the leaders of the Senate Veterans’ Affairs Committee – complimented Shulkin’s tenure at the VA on Wednesday and said they will soon ascertain Jackson’s views on the future of the VA.

Before Jackson can take over as secretary, he must be confirmed by the Senate. First, he must answer questions at a confirmation hearing with the Senate Veterans’ Affairs Committee. As of Wednesday night, a hearing had yet to be announced.

In the meantime, Trump named Robert Wilkie to serve as the acting VA secretary. Wilkie now serves at the Defense Department as undersecretary of defense for personnel and readiness.

“Moving forward, the VA needs a strong leader at the top who will listen to veterans, strengthen the VA, and work with Congress to implement bipartisan reforms,” Tester said. “I look forward to meeting Admiral Jackson and seeing if he is up to the job.”

In a statement, Iraq and Afghanistan Veterans of America said it hoped the confirmation process for Jackson would be “rigorous” and would reveal Jackson’s “vision and qualifications” for the job.

Rep. Phil Roe, R-Tenn., the chairman of the House Committee on Veterans’ Affairs, described Shulkin as a friend, but said he was “willing to work with anyone committed to doing the right thing on behalf of our nation’s veterans.”

Before he was fired Wednesday, Shulkin’s future as VA chief was precarious following revelations of his questionable spending on a summer trip to Europe with his wife. The travel scandal and increased political grappling with White House insiders at the VA about the agency’s direction ultimately led to Trump’s disfavor with him.

Rep. Mike Coffman, R-Colo., one of only two lawmakers who publicly called for Shulkin’s dismissal, celebrated the news. He said Shulkin “did nothing to clean up the culture of bureaucratic incompetence that has defined the leadership at the VA.”

Concerned Veterans for America, a Koch-backed group that has pushed for an aggressive expansion of veterans’ health care into the private sector, said Wednesday that Shulkin “became a distraction from the important task of improving health care for our veterans.”

At the time of Shulkin’s firing, he was in the middle of contract negotiations for a new, multibillion-dollar project to replace its electronic health record. Shulkin also was working with Congress to develop and approve measures to overhaul the VA’s community care programs – one of Trump’s key campaign promises for veterans.

Chenelly said there is “no doubt” Shulkin’s firing will slow ongoing reform efforts.

AMVETS, along with five other large veterans organizations, appealed to Trump in February to retain Shulkin as VA secretary.

“This is why we’ve been pushing to keep Shulkin,” Chenelly said. “The VA had great momentum. Tonight, that momentum has been slammed to a halt.”

Carl Blake, executive director of Paralyzed Veterans of America, said he was “deeply disappointed” by Shulkin’s removal and believed it would exacerbate challenges at the agency to implement widespread reform.

“We look forward to understanding more about the qualifications of Admiral Ronny L. Jackson to helm the VA during this critical time,” Blake said. If confirmed by the Senate, Jackson will be responsible for the second-largest federal agency, with more than 360,000 employees. It operates on a nearly $200 billion budget and includes a health care system serving nine million veterans nationwide.

With major VA reforms making their way through Congress, “the stakes are high,” said Rep. Tim Walz, D-Minn., the ranking Democrat on the House Committee on Veterans’ Affairs.

“I don’t know a lot about Admiral Jackson, but I know he has a lot of work to do following the chaos and dysfunction President Trump has created at the VA,” Walz said.