Chairman of the House Committee on Veterans Affairs Phil Roe, R-Tenn., listens as VA Secretary Robert Wilkie testifies during a hearing on Capitol Hill in Washington on Wednesday, Dec. 19, 2018. (Carlos Bongioanni/Stars and Stripes) 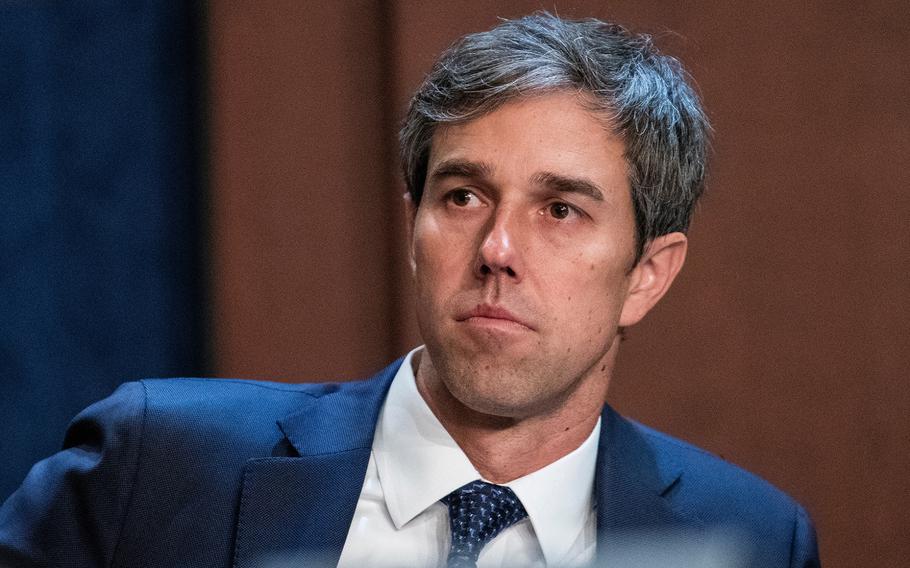 The Veterans Affair's Executive in Charge of the Veterans Health Administration Steven Lieberman testifies before members of Congress on Capitol Hill in Washington on Wednesday, Dec. 19, 2018. (Carlos Bongioanni/Stars and Stripes) 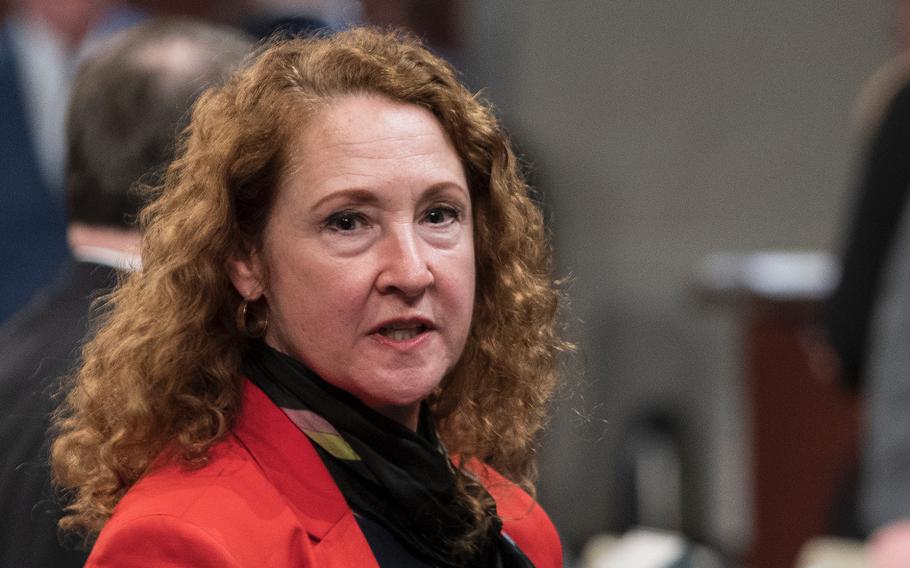 WASHINGTON — Department of Veterans Affairs officials promised Wednesday to use the agency’s full budget this year for suicide prevention outreach, following the discovery that the VA didn’t use nearly $5 million allotted for that purpose in fiscal year 2018.

“This year, I’m making sure that we are spending the funding 100 percent,” said Dr. Steven Lieberman, who is in charge of the Veterans Health Administration. “I’m reviewing the budget monthly and making sure we have obligated all the dollars. We have to get it right.”

Millions of dollars obligated for suicide prevention outreach in fiscal year 2018 was not spent, according to a Government Accountability Office report released Monday. Of the $6.2 million budgeted for outreach, the VA had spent $57,000 – less than 1 percent – in 10 months.

The result was fewer social media posts, billboards, public service announcements and radio, bus and print advertisements in 2017 and 2018 than in the four previous years.

The report prompted blowback this week from some lawmakers and veterans groups.

“Veterans and Congress have spent the last decade making sure that suicide prevention is the VA’s top clinical priority, and in the last two years, it appears the VA has nearly completely abandoned that mission,” Vietnam Veterans of America President John Rowan said in a statement.

At a joint hearing of the House and Senate veterans’ affairs committees Wednesday, some committee members described it as “alarming” and “baffling.”

“That is the No. 1 clinical priority, and I can promise you that we will expend everything we can to try to correct this and address this great national tragedy,” he said.

Suicide among veterans is disproportionately higher than the rest of the U.S. population, with an estimated 20 veterans dying by suicide each day, according to VA data. Among veterans younger than 35, the number of suicides increased substantially from 2015 to 2016, according to the latest data available.

The VA has previously noted the importance of outreach, as veterans who use VA health services are less likely to commit suicide. Of the 20 each day, 14 are not under VA care.

“If we know younger veterans are not already involved in the system of VA, why in the world would we have barely touched the money this Congress has allocated for you to do that outreach?” said Rep. Elizabeth Esty, D-Conn. “It’s just astounding to me.”

Leadership vacancies were to blame for the downturn, the VA told GAO investigators. When the previous national director for suicide prevention left in July 2017, there was a nine-month gap until Wilkie named a new director in April. He was serving as acting VA secretary at the time.

Wilkie claimed that since he’s been the permanent secretary, a job that he took in late July, the VA has spent about $12 million on suicide prevention outreach.

He also said he was working with the Defense Department to develop a “streamlined and comprehensive program to begin addressing issues that impact our veterans and the issue of suicide beginning from the time they enlist.”

Wilkie has traveled across the country and asked governors, mayors and veterans groups for help identifying at-risk veterans who aren’t already enrolled in the VA system, he said.

The GAO report also revealed the VA had no means to measure the effectiveness of its suicide prevention outreach campaigns. Lieberman told lawmakers that they would have a system in place to do so sometime in 2019.

When pressed by Rep. Beto O’Rourke, D-Texas, for his specific goals for suicide prevention, Wilkie responded: “The goal is to do our best to make sure that we have done everything possible.”