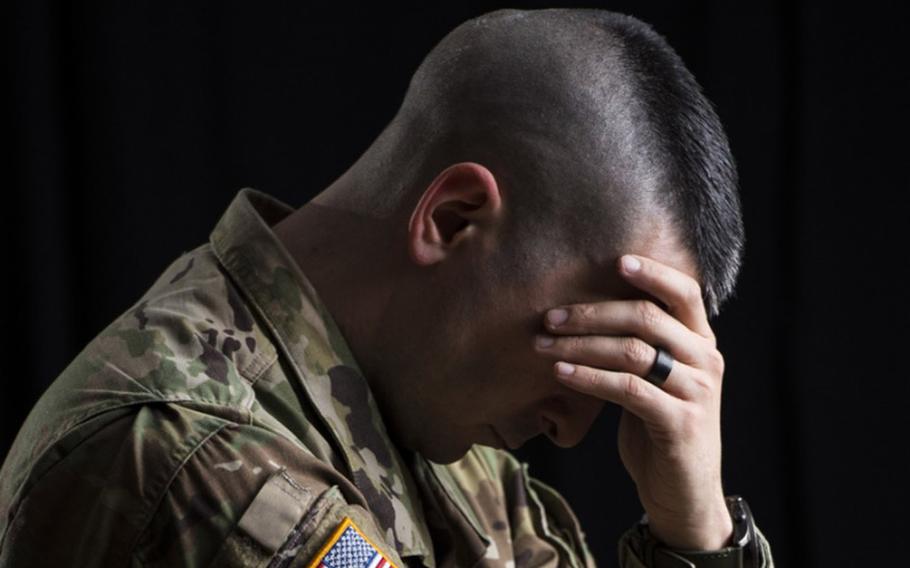 WASHINGTON – For years, the Department of Veterans Affairs reported an average of 20 veterans died by suicide every day – an often-cited statistic that raised alarm nationwide about the rate of veteran suicide.

However, the statistic has long been misunderstood, according to a report released this week.

The VA has now revealed the average daily number of veteran suicides has always included deaths of active-duty servicemembers and members of the National Guard and Reserve, not just veterans.

Craig Bryan, a psychologist and leader of the National Center for Veterans Studies, said the new information could now help advocates in the fight against military and veteran suicide.

“The key message is that suicides are elevated among those who have ever served,” Bryan said. “The benefit of separating out subgroups is that it can help us identify higher risk subgroups of the whole, which may be able to help us determine where and how to best focus resources.”

The VA released its newest National Suicide Data Report on Monday, which includes data from 2005 through 2015. Much in the report remained unchanged from two years ago, when the VA reported suicide statistics through 2014. Veteran suicide rates are still higher than the rest of the population, particularly among women.

In both reports, the VA said an average of 20 veterans succumbed to suicide every day. In its newest version, the VA was more specific.

Information in the 2012 report wasn’t as complete as the newer ones. At the time, only 21 states shared information from their death certificates. California and Texas, which have large veteran populations, were two of the states that didn’t provide their data.

“Since that report was released, we have been closely collaborating with the [Department of Defense] to increase our level of accuracy in reporting,” Cashour wrote in an email.

Following the release of the new National Suicide Data Report on Monday, some veteran advocates responded on social media with questions. One person said the community was “thrown off.”

Bryan said the situation “highlights a common source of confusion regarding who is and who is not considered a ‘veteran.’”

Heidi Kar, a project director at the nonprofit Education Development Center and a clinical psychologist with expertise in veteran suicide, said she had previously understood the statistic to be a veteran-only number.

Overall, Kar thinks the VA put more emphasis in its latest report about suicide as a public health issue that requires the help of multiple agencies and community-based groups. The report shows that of the 20.6 veterans and servicemembers who died by suicide every day, six had recently used VA health care services. The suicide rate among the people who didn’t receive VA care increased faster than ones who did.

The VA said in a statement that it’s working with the Defense Department and the national Centers for Disease Control and Prevention to publish 2016 suicide statistics in the fall. The agency said it’s part of an ongoing review of millions of death records that could lead to improvements in the VA’s suicide prevention programs.

To contact the Veterans Crisis Line, veterans, servicemembers or their families can call 1-800-273-8255 and press 1. They can also text 838255 or visitveteranscrisisline.net for assistance.