USNS Mercy to deploy to California or Washington state, USNS Comfort is headed to New York 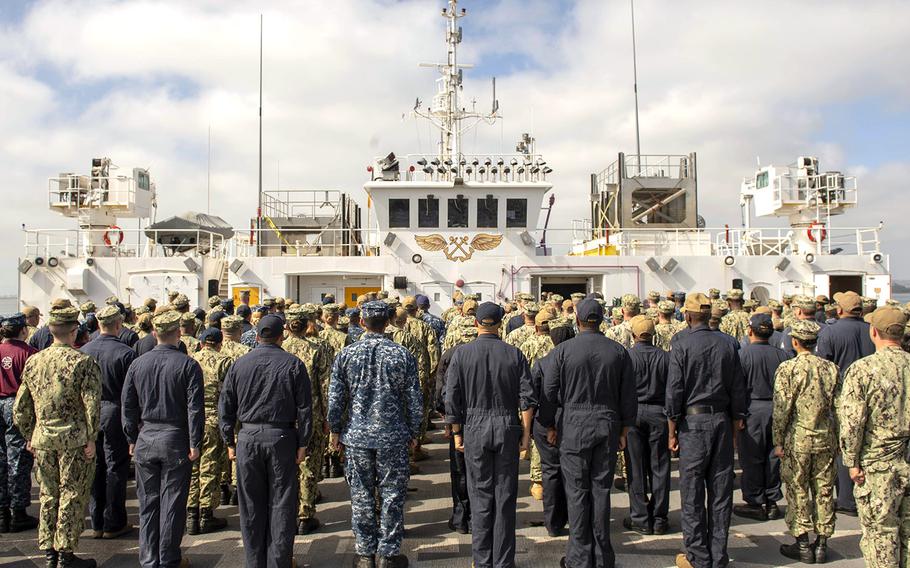 In a Sept 23, 2018 photo, sailors stand in formation during an all hands call aboard Military Sealift Command hospital ship USNS Mercy in the Pacific Ocean. (Harley K. Sarmiento/U.S. Navy)

“We aim to deploy the Mercy early next week and get her underway to one of those two states to help out as well,” Esper said during an appearance on the TV show Fox & Friends.

Esper said he had spoken to the governors of both states.

California Gov. Gavin Newsom announced Thursday that he had sent a letter to President Donald Trump requesting the ship be sent to the Los Angeles region, saying they expect more than half of the state’s population — 25.5 million people — will be infected during an eight-week period. The Mercy is now at its home port -- Naval Base San Diego, Calif.

Trump told reporters Friday that the White House is working with both states to determine where to deploy the hospital ship. He said no decision has been made.

Each ship has a staff of 1,000 medical staff, according to defense officials.

The ships and field hospitals will not treat patients infected with coronavirus but they are intended to help open spaces at local hospitals for people who have that illness, Esper said Wednesday.