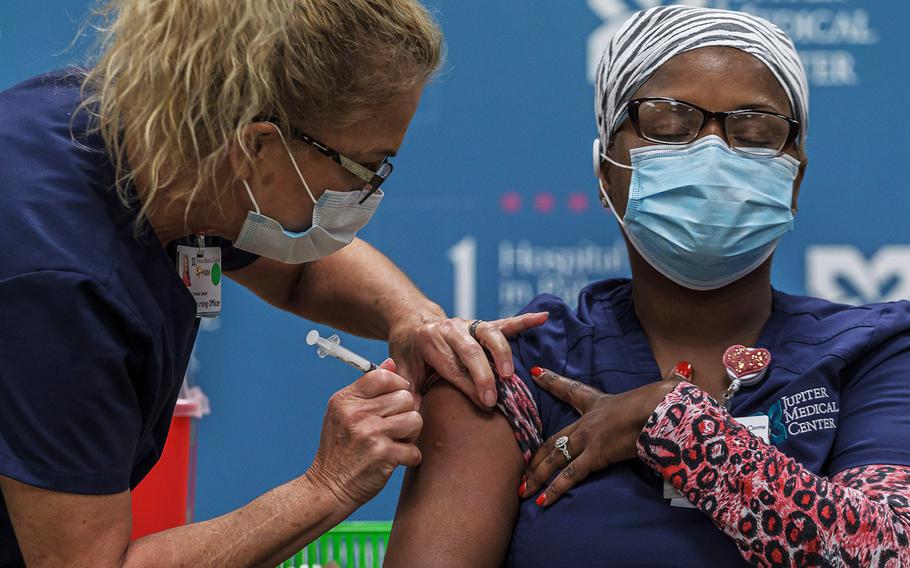 WASHINGTON – More than two million Americans have received their first doses of coronavirus vaccines, but officials acknowledged Wednesday that the number fell short of expectations.

“We agree that number is lower than what we hoped for,” said Dr. Moncef Slaoui, chief adviser to Operation Warp Speed, a public-private partnership to accelerate a vaccine in the country. “We know it should be better, and we’re working to make it better.”

The U.S. will end the year Thursday with 20 million doses of the Moderna and Pfizer vaccines having reached their final destinations – 10,800 locations – according to Army Gen. Gustave Perna, chief operating officer of Operation Warp Speed.

Perna said it was a “remarkable feat.” However, it didn’t meet expectations. Officials said earlier this year that they planned to have 20 million people vaccinated and 100 million doses distributed by the end of 2020. The pace has drawn criticism from President-elect Joe Biden, who said Tuesday the distribution “is not progressing as it should.”

Slaoui on Wednesday called on anybody with logistical solutions to help.

“As we have always done, we would like to invite anybody who has energy to participate and help us further improve administration of the vaccine,” Slaoui said. “Come to the table, roll your sleeves up and help us.”

Despite the hurdles, Slaoui was hesitant to say Wednesday whether Operation Warp Speed would alter its estimate that vaccines would become available to the broader population by spring 2021.

UK regulators authorized use Wednesday of a third vaccine developed by Oxford University and AstraZeneca. Slaoui said the U.S. wants more data about its effectiveness on the elderly population before authorizing it.

Slaoui also called on more adolescents, those ages 12 to 18, to volunteer for clinical trials of the Moderna vaccine in order for it to become approved for a younger population. As of now, only the Pfizer vaccine can be used for Americans ages 16 and 17, and no vaccine has been approved for those younger than 16.

“It’s a highly effective and safe vaccine,” Slaoui said. “By participating, we can accelerate approval of this vaccine next to the Pfizer vaccine for use in the younger population.”

It was unclear Wednesday how many Defense Department personnel had received their first dose of vaccinations. Military communities in Washington, San Diego and San Antonio, Texas, were among the first to get vaccinated earlier this month. The military also began this week vaccinating service members stationed in South Korea and Japan.

The Department of Veterans Affairs reported Wednesday that it had administered 55,000 vaccinations – 50,000 to health care workers and 5,000 to patients in VA Community Living Centers and Spinal Cord Injury and Disorder Centers.